You are here: Home / Blog / What’s So Frightening About Revolution? 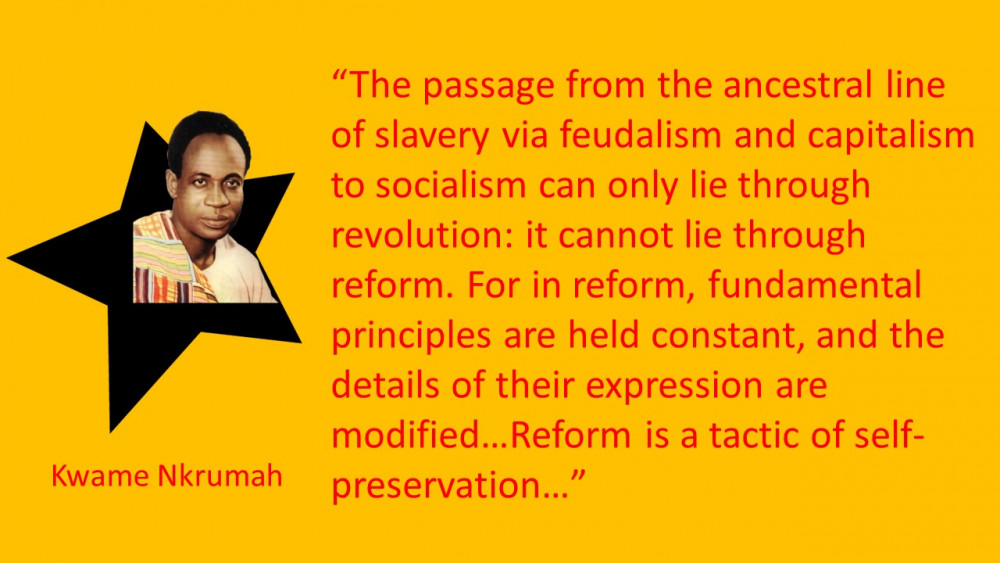 Some years ago, a member of the All-African People’s Revolutionary Party (A-APRP) spoke to university students about the thousands of years of African history that preceded slavery, explaining that the length and breadth of that rich history and culture meant descendants of enslaved Africans are not simply emancipated slaves, but they have been and remain “Africans.”  The lecturer recalls: “A student came up to me after the presentation and said she understood and agreed that she should have an allegiance to Africa, but she also suggested: ‘you would attract more people if you didn’t call yourselves revolutionary. Revolution scares people away.’”

What’s So Frightening About the Word Revolution?

The capitalists always use that word to advertise their products. The pictures below are three examples.

So why do capitalists train us to become frightened when socialists use the word revolution? The reason is simple. Socialist revolution requires the destruction of capitalism. This would mean the elimination of a system where a few own and control the factories, banks, farms, mines, and oil fields across the planet.  The wealthy don’t want this to happen, so their media outlets make people think fighting for revolutionary social and economic change is harmful and dangerous and buying more and more of their “revolutionary” junk is good.

It has been this way for a very long time. Years ago, students were taught that the invention of the transistor was a “revolutionary” advance in technology. Transistors replaced vacuum tubes. When it comes to technology, revolutionary change is applauded. Integrated circuits replaced transistors, then computers on a chip replaced circuit boards of integrated circuits. We are taught that the industrial revolution was a great thing. Now there is much discussion of how Africa must embrace the fourth industrial “revolution.”

Each year individuals are awarded Nobel prizes in a range of disciplines. We are told that it is for their “revolutionary” contributions in physics, chemistry and even peace-making. An award-winning physicist once spoke of the days and hours of running experiments. After a breakthrough, he was so excited he ran from his lab into the hallway to share his excitement, only to find the building empty. He then realized it was 3 a.m. on a holiday weekend. It was evidence of the fact that revolutionary change of any kind, including scientific change, requires hard work, determination, sacrifice, and discipline. Organizing to bring an end to neo-colonialism and capitalism is no exception.

Although capitalists imply socialist revolutionaries are dangerous or criminal, socialists are actually fighting for a better world. Capitalism is based on a few people owning and controlling all production and distribution and operating to make personal profits. The so-called free market system involves cutthroat competition and a drive to increase profits to survive. Where do these profits come from?  They come from the labor of workers and the cheap extraction of natural resources. Capitalism increases the wealth of a few while increasing the toil, work, and exploitation of the many. That toil, work and exploitation are the basis for capitalist profits. It is only natural that well-meaning people – good socialist people – want an end to this system of exploitation. The elimination of capitalism and its replacement with a system that asks people to contribute according to their abilities and to receive according to their needs is the revolutionary change capitalism demonizes. However, it is in the best interest of humanity for us to struggle for this revolutionary change. In fact, our collective conscience demands that we do all we can to support and improve humanity and our world. This is the essence of being human. Therefore, the highest expression of humanity is to struggle for revolution!

Are you ready for revolution?

“Forward Ever to World-Wide Pan-African Unity”