You are here: Home / Blog / We Are Still At War 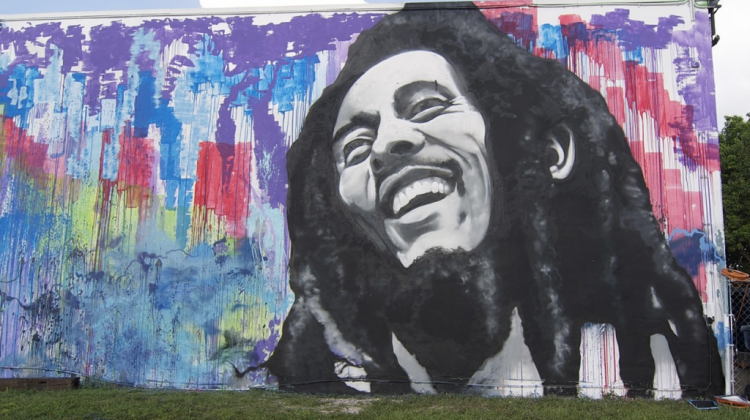 (Excerpted from the author’s upcoming book “The Blood In Our Eyes.” The views expressed do not necessarily represent those of the All-African People’s Revolutionary Party)

“There will be war and rumors of war!”

“The truth shall set you free!”

“Love is the answer!”

These living lines can help us to understand the wars that plague our world. They explain war as our collective living reality. They define freedom as our economic, social and political objective. These words point to resistance as the path we must follow and they highlight oppression as the reason we fight. Most importantly these words tell us that love is the key to victory over the forces of evil.

The World at War

Simply put, war is the pursuit of economic objectives by military means. War is imposed upon the weak by the strong. For the aggressors war is conquest, empire, domination, rape, and murder. For the victims, war is destruction, oppression and death.

Because war is always violent, it necessarily involves people defending their lives, land and resources from attack and plunder. And though war can be defined in many ways, by all definitions, African people have been at war for a very long time.

Many claim that all of our problems began with the coming of Asian and European invaders. But a careful look at history shows that the African experience with war did not begin with foreign invasions. There were wars among us long before Egypt was invaded by the Hyksos in 3,760 BCE, by early Romans and by Arabs in the 7th century A.C.E. However all the previous wars in Africa and all of human history, pale in significance to the wars we have been fighting for the last 1,300 years.

These wars did begin with Arab mercenaries coming to Africa in the 8th century looking for people to enslave. They kidnapped and exported over 25 million Africans between the 8th and the 16th centuries. In the 15th century, before the Arab slave trade reached it heights, European Christians started enslaving Africans, giving a new face to the domination of Africa and subjugation of African people.  The European slave trade murdered, captured and extracted nearly 100 million Africans over a 400 year period. The European trans-Atlantic slave trade ended in the 19th century and the Arab trade continued well into the 20th century. In the Arab Slave trade mostly women were taken (2 to 1) to service Middle Eastern and European markets for sexual and domestic slaves. In the European practice men were prioritized (2 to 1) to fill a need for unpaid (enslaved) workers in the west.

In the case of both Arab and European slavery, attacking, killing, capturing, exporting enslaving and breeding Africans, were war industries. These war industries were introduced by feudal Arabs bringing Islam into Africa. Six hundred years later capitalist Europeans under the banner of Christianity developed the slave war industry to finance the building of Modern Europe and the United States of America. To date the European Slave Trade remains one of the greatest crimes ever committed against a segment of humanity.

African people live in a constant state of war. Since the first Portuguese slave ship came to Africa in 1441, 10 years before Columbus was born, Africans have not had a single day of peace. Slavery, colonialism, apartheid, racism and neo-colonialism are constituent parts of the capitalist war waged against African people for the last 576 years. For more than 210,000 days, we have been fighting European imperial powers, to be free to run our own affairs and live our lives in peace.

We are still at war with these same powers, Our people are still suffering and death is still camped on our doorsteps. War is a fight in which projectiles are fired, things explode, fires burn and bodies fall. Death and exploitation are routine, expected norms. Our enemies divide us with systems that destabilize our individual lives, families, communities, cities, nation-states, continents and world. We are traumatized with mass population removal, economic deprivation, and genocidal schemes. New colonial leaders and new-liberal policies of assimilation, criminalization, militarization, economic terror and privatization, are used to trap us at the bottom of refashioned colonies and reduce our instinctive, unconscious rebellion to insignificant distractions. We are bullied and cajoled into believing that we are powerless to change our situation.

The methods, used to keep us divided, are called Counter Insurgency Techniques. They are designed by military intelligence agencies to suppress resistance. The same methods used in Syria, Afghanistan, and Iraq are used against Africans in Libya, Sudan, Brazil, Trinidad, Panama, Pretoria and Baltimore. These age-old strategies are played out in a modern context on a worldwide stage.

Lacking an international perspective, we tend to respond to worldwide attack, with local, regional or national actions. Because of this our response in North Carolina, is easily countered with destruction in Soweto. When we gain ground in Cuba we lose twice as much in Venezuela. Increased benefits and pay in the USA is offset by genocide and super exploitation in the Sudan. This is the 21st Century version of divide and conquer.

We are not yet free, independent or united. We never rose from our collective enslavement because peace and justice only come after winning the war. To win this war we must fight it. To fight this war we must unite. To unite we must get organized. Our collective oppression is not individual isolated cases of incarceration, police brutality, gentrification, exploitation, racial oppression and murder. These attacks on any of us are attacks on all of us. Bombs in Libya are an attack on the black folk of Soweto. Kidnapping, torture and murder of girls in Nigeria, is an attack on the African Feminine everywhere. Police and internecine violence in the cities of America are an attack on African manhood throughout the world.

We are one and we must organize and educate ourselves as a people faced with a common problem. We have to understand the depth and scope of our condition in order to change it. There is no bliss in ignorance though many continue to deny that we are at war! This denial does not make the war less brutal or diminish its international character. It does undermine our ability to fight. We will not wage an effective international fight until we understand that we are under worldwide attack.

Bob Marley adopted a U.N. Speech by Haile Selassie and correctly sang of, “War in the east, war in the west, war up north, war down south. War, war! Rumors of War! Everywhere is war!” These are the opening well-worn words, plucked from time to inform our efforts, can help us resist and ultimately defeat those who wage war against us. These phrases encourage us to organize and unite! They also teach us to love one another, resist oppression and live in truth, because this is the only way to fight and win this war.