You are here: Home / Feature Story / We are all Hugo Chávez 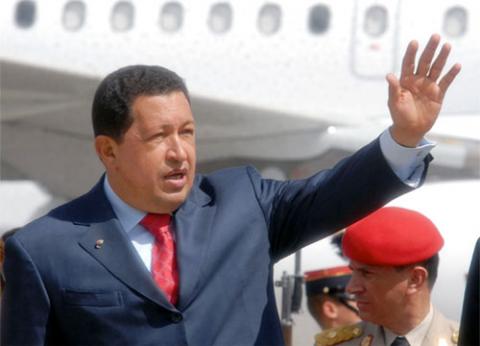 Revolutionaries Never Die: Chávez is More Alive than Ever!

The key to eternal life is to work for Humanity. Hugo Chávez Frias is guaranteed eternal life because he dedicated his life to uplifting Humanity. Not only will he never be forgotten, but his greatness will increase quantum fold, infinitely.

In Africa, we believe that the dead remain alive along side of the living. Hugo Chávez will always be with us. His Revolutionary example remains with us. He gave his whole life for the liberation of the Venezuelan people, the people of Latin America, Africa and all anti-imperialist fighters in the world.

We must acknowledge the numerous contributions of Comrade Chávez and the PSUV (Venezuelan United Socialist Party) to the cause of the People’s class throughout the world in general and Africa in particular. He built strong relationships with the Revolutionary Jamahiriya Government of Libya and maintained support for the revolutionary forces there even after the NATO led coup of the Jamahiriya Government.

The People of Venezuela and Comrade Chávez provided massive assistance to the African masses of the US Gulf Coast following Hurricane Katrina and in 2010 they once again showed socialist solidarity to the peoples of Haiti after the devastating earthquake proving Socialist solidarity is more beneficial to the masses than millions in alleged charity donations, and even UN forces and sources of imperialist backed ‘aide’.

Also as recent as 2 weeks ago, in a statement read at the 3rd Africa/South American summit, Comrade Chávez called for greater working relationships between the Peoples of Africa and South America, building a united front against imperialist aggression and actively strengthening of political, cultural and economic ties between our continents. There is no doubt that our mutual security is tied to the unity of our continents and Comrade Chávez and the Peoples of Venezuela were on the front lines of making that vision come to fruition.

“At the risk of seeming ridiculous, let me say that the true revolutionary is guided by a great feeling of love. It is impossible to think of a genuine revolutionary lacking this quality.”

Comrade President Hugo Chávez was a true Revolutionary, showing in action, not just words, his endless love of the masses of the people from Africa to the Americas and beyond.

We salute Comrade Chávez and stand with the faithful militants of the Venezuelan United Socialist Party (PSUV); the Bolivarian Alternative for the Peoples of Our Americas (ALBA); the Economic Community of Latin America and Caribbean Countries, (CELAC).

The Bolivarian Revolution will continue and intensify in Latin America, in harmony with the Pan-African Revolution.

Forward to The Socialist United States of Africa!

Cuban Ambassador to Guinea-Bissau Tribute to Eternal Hugo Chávez at the Amilcar Cabral Thought on Women program in Bissau, Guinea-Bissau held on 7 March 2013. Published on YouTube: