You are here: Home / Feature Story / WE ARE AFRICANS, END OF DISCUSSION! 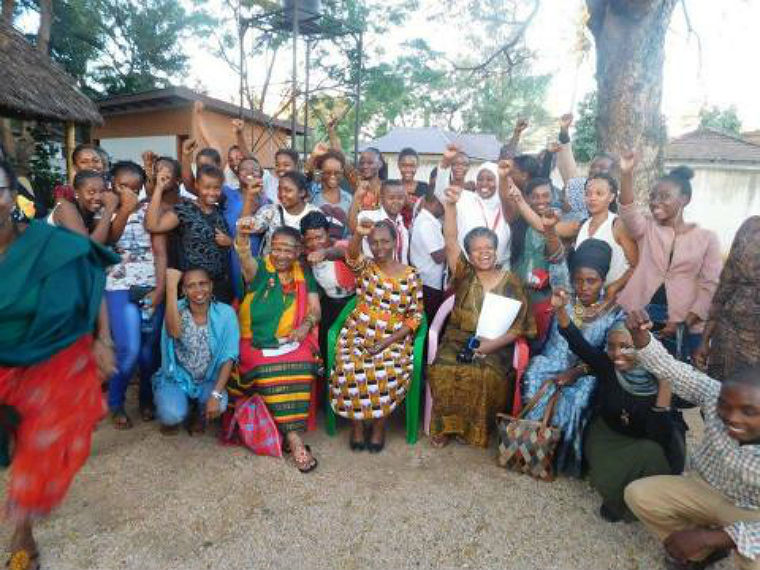 We want to carefully discuss our African identity because the definition we arrive at is a fundamental aspect of our ideology. By defining ourselves we are defining our fighting force and ultimately we are defining the People for whom we fight. This self definition is also the first step in the process of defining our enemy,  the Anti-People*. These are definitions we have to get right if we are to achieve unity, liberation and Scientific Socialism. It will take all of us to defeat our capitalist and imperialist enemies. Therefore, we cannot wage the struggle in a way that alienates sections of the people or push some who should be with us to the other side of the battle line.

Clearly African people have different  understandings of our identity. This is because some of us are wedded to old backward ideas like being Negro, colored or Black. Others are only now awakening to the need to define ourselves. They know that we are not what we have been told and are looking at the options trying to understand who we really are. Africans now being awakened are new to our struggle and do not have the grounding to make a proper analysis, have not yet done the research and do not have the political experience to reconstruct our lost identity, history or culture. Such people tend to think that what they know is all that needs to be known and are content to  call themselves Afro-American, Jamaican, Nigerian or Black-British. The irony is that many of these are young people who represent the spark of our effort. Their youthful enthusiasm and energy is what the struggle needs to spur us forward and provide us with  hope for the future. In fact it is their future we fight for because their future is our future. Others, beginning to study and discover initial truths are rushing into battle without clearly identifying the people we fight for or the enemy we fight against. These also include young people  born to a world at war. They know life as the most oppressed of humankind fighting a vicious international elite that  keeps us enslaved and powerless. Some are young of age, while others are politically young (new to the struggle). And do not understand the means used to continue the domination of our land and our lives. These new warriors are in the position of being in a sinking boat. They must bale water to keep from going down and they must keep rowing to reach the shore. They learn to fight while fighting to learn. We must leave no stone un-turned in our effort to give them the proper understanding of who we are and how we must organize to carry the struggle forward.

As difficult as all of this sounds it would be simple if the struggle to define ourselves was confined to these youthful sectors. We could offer simple explanations, demonstrations and collective efforts to overcome  inexperience and collective ignorance. We could bring these new troops up to speed and convince them to bring their youthful enthusiasm and boundless energy to the cause of the people’s redemption. But we fight more than the ignorance of youth and the arrogance of our emerging warriors. There are  more dangerous and cunning foes who also join in discussing our identity.

We have among us internal enemies. Men and women who look like us, talk like us and sometimes claim to lead us. These enemies within foster confusion, division and chaos by promoting tribalism, narrow nationalism and chauvinism. They speak of our freedom while working hand in hand with colonialists and imperialists. These are agents of our enemies and they  come in many forms. Some  are dishonest intellectuals who know the truth but choose to side with the oppressors. They are politicians, religious leaders, soldiers, criminals and even some who claim to be revolutionaries. They are often articulate and tell us that our best interest are served by defining our identity according to where we are born, how much education we have, our economic situation and the color of our skin. They pit Africans at home against Africans abroad, Africans in the USA against Africans in the Caribbean and Africans in South America against Africans in Europe. They tell us we are black, colored, mulatto and pure bred. They also tell us that our future is tied to neo-liberal reform, social integration, foreign investment, aid and various welfare schemes. They foster dependency and promote fear. According to the lackeys our only hope is to melt into the pot of societies dominated by our oppressors. Even when the traitors are not physically among us, their ideas filter into our discussion in the minds of our people who have been brainwashed by the mass media, consumer culture and colonial education we are bombarded with on a daily basis.

All of these difficulties and more must be overcome as we strive to define ourselves. They can be dealt with by understanding and accepting one simple fact, WE ARE AFRICAN PEOPLE.. We are one people. Who live in 120 or more countries, we speak every language known to humankind, we are in every social, political and economic situation, composed of hundreds of tribes and have every shade of color.  We cannot be defined by the place we were born or the religion we practice. These things do not divide us or define us. They are merely aspects of who we are and speak to our diversity.

This diversity is a strength which should bind us together in one struggle against a common enemy We are Africans and if we are to prosper, develop and be free we must unite as a mighty force for human dignity, respect and power. We cannot be defined as Nigerian, Brazilian, Jamaican, Afro-American or Black British etc We are not niggers, blacks, coloreds, kaffirs, Negroes, creoles, mixed-mulattos or Afros. We are Africans   and we refuse to let anyone outside of us or among us, tell us anything different.

* THE PEOPLE are composed of those sectors of society who are aligned with and committed to the interest of the masses. These include the youth, women and workers as well as members of other economic/social sectors (farmers, merchants, civil servants, artisans, those committing class suicide, etc) who ideologically accept the interest of the masses as their own. While THE ANTI-PEOPLE consist of capitalist, imperialist, colonialist, neocolonialist, the bourgeoisie and any others who are committed to capitalist ideology, interest and objectives. These include their institutions, governments, and military/intelligence complexes.