You are here: Home / Feature Story / WANTED: Builders of a New African World 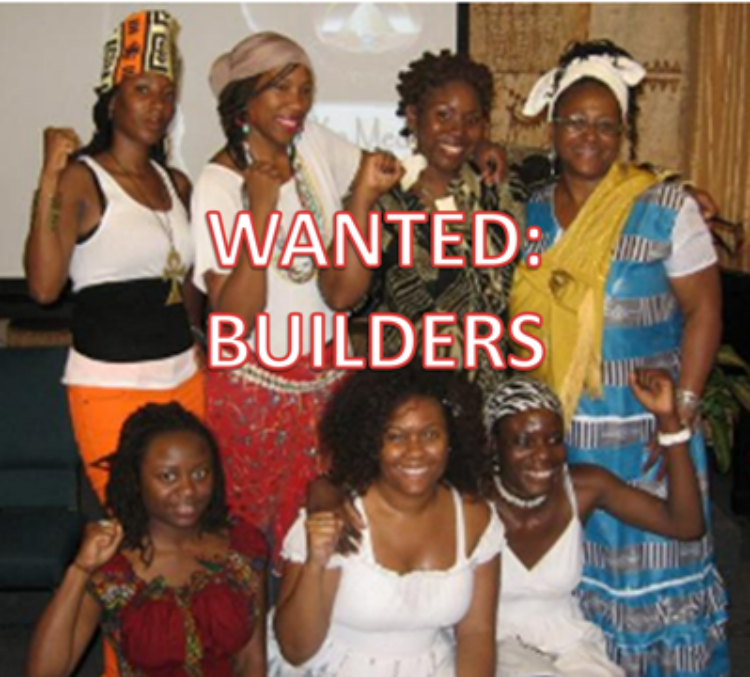 African Women on the Frontline

A recent celebration of African Liberation Day, organized by the All-African People’s Revolutionary Party, was done under the theme “Pan-Africanism: We Must Dare To Invent the Future”. This theme borrowed part of a statement made by the great African patriot and martyr Thomas Sankara. His statement challenged African people to stop looking outside of themselves and to look within their own selves and community in order to conceptualize and bring into existence real solutions that will bring into being a positive, free and happy life to the African Masses worldwide.

If we were to look at creating a new Africa like building a new house, we would understand that there is a mobilization of material resources and labor power necessary to see the task from start to finish.  There is a required action plan that includes not only the material and human resources needed but also an understanding of the environmental conditions where the building is taking place.  For example in certain parts of Africa, there are one or more prolonged rain seasons throughout the year.  It would make sense that the work required for the outdoor part of the construction not be planned during the rainy season(s).  It would also require certain specialists (architect, electrician, plumber, and mason) at different points in time both for the initial building as well as for ongoing maintenance after the house has been built.  In addition, there should be a level of know-how and understanding to make adjustments on the original plan as conditions change, without sacrificing the original target goal (completion of the project).  There would be certain work norms/rules that would guide and direct the common actions of the different elements involved.

In the case of a new Africa it also depends on how we conceptualize the new Africa. Do we see a new Africa as A) a place where a small minority grow in economic and political status to the level of billionaires while the majority population continue to live in impoverished conditions? Or do we see the new Africa as B) a place where the majority of the people are empowered to develop themselves to their fullest human potential, with political and cultural control over their rightful land and natural resources endowed unto Africa, as equal contributors towards the construction of a democratic, egalitarian society? If we take the position of the description of letter B, then we would need people with both the appropriate skillsets AND mindsets to carry out the job.

Throughout history, Africa and African people have produced some of the greatest freedom fighters that the world has ever known.  From Yaa Asantewaa, M’Balia Camara, Nanny, Marcus Garvey, Boukman, Shaka Zulu, Queen Nzinga, Kwame Nkrumah and Seku Ture to name just a small few.  Many of these warriors were not JUST activists and organizers in a general sense.  Many developed practical and vocational skills that they actively applied as tools in order to advance the people’s human rights struggle.  Sometimes their skills were developed through self-study trial and error, other times through formal education. Let’s take a quick look at just a few examples:

What do Africa and African people need in the here and now?  Generally speaking, “Africa needs a new type of citizen…A man (and woman) who abhors greed and detests vanity.  A new type of man (and woman) whose humility is his (her) strength and whose integrity is his (her) greatness” – Kwame Nkrumah.  Specifically, Africa needs people who are skilled in various disciplines.  For the A-APRP, our organization’s current focus and priority is the awakening of the African mind and the organization of the African masses.  We are fighting a propaganda and information war against the enemies of African people.  The enemies of the people are a group of people numerically small, but politically and economically powerful, commonly called the capitalist class.  It is this class of people that are hoarding the land as well as human labor of the world for its selfish benefit. At the same time, they are depriving the very same people whose human labor is making the capitalist class’s wealth possible.