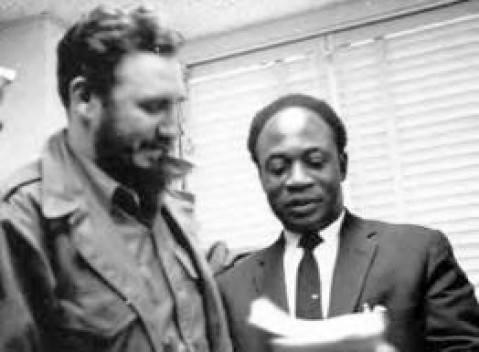 The All-African People’s Revolutionary Party (A-APRP) sends our most heartfelt revolutionary salute and thank you to the people of Cuba for the life and contributions of comrade, Fidel Alejandro Castro Ruz.  Comrade Fidel epitomized revolutionary leadership and what it means to be a cadre in the worldwide Socialist Revolution.

The legacy of Revolutionary Cuba and Fidel Castro is one that will stand the test of time.  Revolutionary Cuba and Comrade Fidel, in addition to liberating the small island nation of Cuba from the web of Imperialist domination and building a self-reliant democratic state, has also developed and institutionalized a culture of international solidarity with the struggling masses throughout the world. 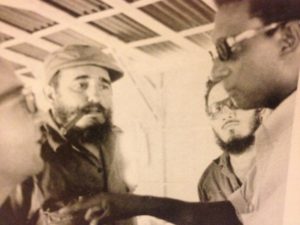 Africa and African people have, as much as any continent or people, been the benefactors of the presence of Revolutionary Cuba and Comrade Fidel Castro.  Cuban patriots fought side by side with various African Liberation Movements against Colonialism, Settler Colonialism and Apartheid in Central and Southern Africa from the 1960s up until the 1990s.  From an organizational perspective, Cuba and Fidel helped to form and build OSPAAAL (Organization of Solidarity with the People of Asia, Africa and Latin America) and Cuba serves as the physical headquarters of OSPAAAL to this day.  Cuba and Comrade Fidel has given space for endless numbers of meetings, conferences and forums for revolutionary forces to discuss strategize and plan for the ultimate victory of the working masses over imperialism, capitalism and class exploitation.  The Cuban Institute for Friendship with the People (ICAP) has help develop and coordinate Cuban Friendship Associations in most every country on the African continent where social, ideological and cultural exchanges have been systematically institutionalized on the grass roots level with community based organizations.

Cuba has opened its arms to African youth born in Africa and the diaspora, training thousands of African doctors free of charge so that they could return to their communities and serve the health needs of their people.  Cuba has deployed even more doctors and health workers throughout Africa and the world, embedded not just in the large cities but in the villages and provided day-to-day health care services in addition to addressing tragic events such as the earthquake in Haiti and the Ebola crisis in West Africa.  Cuba has built and maintains factories in Africa developing products to aid the eradication of malaria. The people of Africa have come to know the greatness of Revolutionary Cuba and Comrade Fidel through the principled development of human relationships based on mutual respect.  No amount of reactionary propaganda against the Cuban Revolution will mute this reality.

Fidel lives in the Cuban masses!

The A-APRP and the African Revolution praise Comrade Fidel for his contributions and commit to continue to stand with and protect the Cuban Revolution going forward.