You are here: Home / Feature Story / Unity of Purpose, Diversity of Action 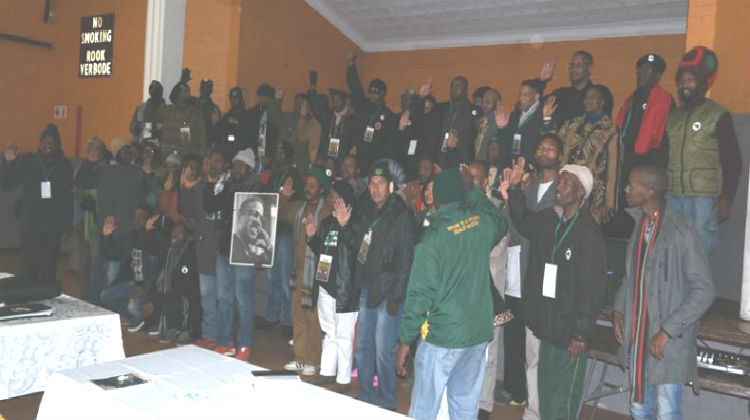 Recent Gathering of a Pan-African Convention in Azania/South Africa

One of the things that have hindered the African Liberation Movement from making greater and more comprehensive gains is the chauvinism that sometimes exists within the movement. This chauvinism creates an unnecessary divide between the old and new activists, between organizations and between movements. We are distinguishing this ‘divide’ from legitimate class struggle between those that truly represents the people’s interests and advancement and those which stand in the way of and work against the people’s advancement.

One of our party’s ideological namesakes, Ahmed Seku Ture used to talk about the question of Diversity and Cultural Unity. This was in regards to countering the idea (promoted by some during his time and even now) that Africa in fact was not culturally united and as a result could not truly unite politically because of it. With his usual scientific genius Seku Ture explained that Africa and African people have cultural DIVERSITY in terms of EXPRESSION (based on various factors including physical environment) but have cultural UNITY in terms of VALUES, ORIENTATION AND OBJECTIVES. He taught us that instead of seeing this diversity as a negative, we should see it as a positive and in fact use it as source of strength and creative energy.

Imagine for example if we are building a house and all of our labor pool were plumbers only? Or were carpenters only? Or were electricians only? The house in fact would never be completed. It is the diversity in talents and skills coming together which puts us in a position to meet the common goal: COMPLETE THE CONSTRUCTION OF THE HOUSE. In terms of our liberation movement and organization the same holds true. Ella Baker was a master strategist within the Civil Rights Movement in the US during the 1950s and 1960s. Martin Luther King Jr was a master motivator and mobilizer during the same time. They both had specific ROLES in the push for the same general political objectives. Some could erroneously view the contributions of King as being more important than the ones of Ella Baker (or vice versa). And as a result of choosing ‘sides’ will not appreciate nor value the contributions of both sides and the higher level of struggle we as a people were able to wage because of it.

In the history of our party, the A-APRP, we have had a great diversity amongst our membership and leadership in terms of personalities and skill sets. We have had lawyers and street organizers, common laborers and university presidents, atheists and believers. We have had Masters of Diplomacy and Masters of “Telling you about yourself”! Ancestor Mawina Kouyate and Ancestor David Brothers were both members of our party’s Central Committee.  Both were hard workers and committed soldiers. Comrade Mawina could be described a visionary and a dreamer who would come up with ideas which may have been looked at as far-fetched or impractical to some. Comrade David was (among other attributes) a numbers person who focused on the details and may be the one who says, the idea is nice but we need X amount of money in order to make it happen and we only have 1/5 of X available. The “dreamer” however has planted the seed of what CAN BE and subsequently works WITH the “numbers” person to develop a plan to raise the funds to allow for the plan to be put into effect. Through collective effort and teamwork we can go from what was a nice idea, but initially impractical, to a practical idea that actually gets done.

The common thread which has been and continues to permeate A-APRP membership and organization is our revolutionary ideology that orientates ALL of our diversified talents, actions, motivations and interests towards the same objective: ONE UNIFIED SOCIALIST AFRICA. It is this ideology which over the years has helped us to withstand COINTELPRO attacks, imprisonments, physical transitions of leadership, and even political splits.

One of our political principles has been to never attack other organizations and movements in the African world who are LEGITIMATELY working in the peoples interests regardless of whether we are in agreement on political issues or not. It is this principle that orientates us to uphold the mantra that our people must join SOME organization even if it is not ours.

Another thing that our principles have led us to champion is the call for building of African United Fronts.  We have done this in practice among our chapters in England, Canada and the U.S. at different points of time. We are still pushing this question of functional unity among the various organizations which has a diversity of focuses, objectives and interests.  However the A-APRP believes that we should always strive for common ground as victory for our people will only come through the organized masses!  In closing let us no longer use a difference of methodology and strategy as a reason for division and separation. We encourage you to join the A-APRP or any organization that is working for your people. And if you are already an active member of such an organization, please review our party’s program and see how our respective organizations can work together going forward to create something stronger and more potent for the building up of a greater African nation.