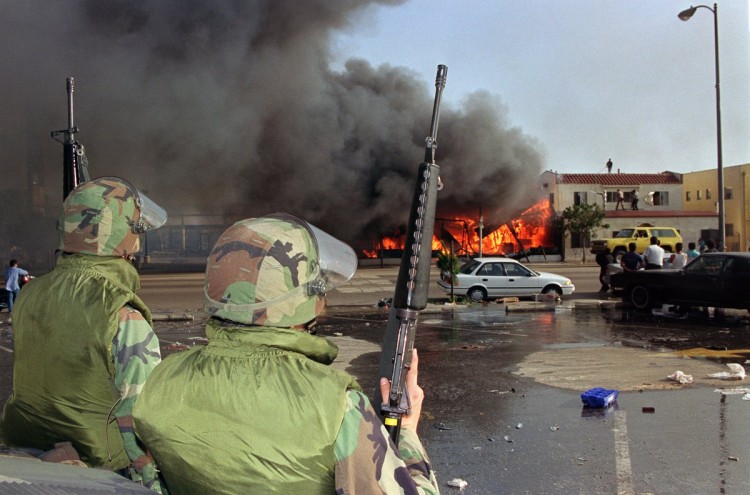 History of the Police

Make no mistake, the brutal images of police murders that frequently surface on our social media and in the news are not anomalies and are not accidental. These images represent a continuation of an ongoing, deliberate, systematic form of violence which the United States settlers and government have consistently committed since arriving on these shores. Entire nations of indigenous people were targeted for enslavement and then extermination as official policy. African people were kidnapped, tortured, and enslaved as official government policy. But oppressed people resisted in every possible way, and the state’s determination to crush legitimate resistance of enslaved people led the colonies formation of the first police forces. Called “slave patrols”, these forces employed tactics of terrorism to discourage, subdue, and punish any resistance to slavery. They were empowered to hunt and catch those who escaped, beat, rape, enter homes, remove possessions, forbid gatherings, and impose their will however they saw fit with impunity. Sound familiar?

Rather than ending with the abolition of slavery, these patrols went semi-underground in 1865, donning white robes and masks and organizing themselves into the Ku Klux Klan (KKK) and similar groups. These organizations existed for the sole purpose of terrorizing, lynching, raping, and denying all rights and freedoms to people recently freed from slavery. The KKK is one of several such terrorist groups that emerged, and they continue to openly function today. It is out of these groups that contemporary forces emerged as a legal extension of the government that has kept its knees on our necks.

As our people are in the streets legitimately expressing our indignation over oppression and brutality, people around the world have joined this rejection of our oppression and their own. And just as America’s police forces press their knees on our necks, The US military forces press their knees on the necks of people around the world with unprovoked violence and warfare. People the world over are standing in solidarity with those struggling against brutality in the US, but they’re also confronting their own oppression. The United States and Europe depend on resources like oil, coltan, platinum and other raw materials to maintain their high standard of living and wealth. Nations with these resources continue to suffer US led sanctions and blockades targeting civilian populations, freeze assets, provide arm/finance to criminal opposition groups, and on and on. Like the US labels our people as “thugs” to justify brutality, the USA labels people around the world “terrorists”, “rogue states”, etc. to justify invasions. We have to reject brutality against all people, the world over.

No Apology, No Turning Back

All oppressed people have the natural instinct to resist oppression and to counter their oppression by any means at their disposal. Some ask why this resistance takes the form of violence, looting, and arson. But the real question should be, why are these actions necessary?  Why do we have to resort to rebellions in order to be treated humanely? Why does this country only respond when people go out in the streets? Why does the USA insist that people who are subjected to violence and brutality respond in a passive and peaceful way? The people are rightfully angry, and an intense expression of emotion is the obvious result. In the forceful demand for justice, the people are not the problem. The problem is the perpetrators of state sponsored violence by the police, the courts, and the military.  The problem is the government that continues to slaughter, exploit and oppress the masses of people. While our Party welcomes the people’s outrage, we recognize that real change will come from organization, where we can work together to dismantle the capitalist and imperialist system which causes misery worldwide.

The All-African People’s Revolutionary Party salutes the heroic sacrifices of all martyrs for justice. We will not only remember them but will continue their struggle. We abhor state sponsored violence and imperialist looting. We stand with the people in Africa, Asia, the Americas and the Caribbean and everywhere who are struggling to dislodge America’s knee from their necks. We support all those who are struggling for true self determination, independence and freedom from U.S. military interventions, coups, and blockades. We stand with the people of Palestine in their struggle against Zionist, Israeli murder and settler colonialism, the same Israel that conducts an active and ongoing “police exchange” program which has trained thousands of law enforcement officials how to brutalize innocent, unarmed people in the United States and the world. We support the struggle of indigenous people of the western hemisphere who are forced to obtain documents to walk on their own ancestral soil, and face constant brutalization, incarceration, child separation, and deportation.  We support the people’s call to crush all repressive institutions and agencies, including law enforcement agencies, court systems, border patrol agencies, Immigration and Customs Enforcement (ICE) the United Nations, NATO and US military, the democratic and republican parties and all imperialist institutions that stand between the people and true freedom. Our Party supports the call to free all political prisoners, recognizing that in a racist, capitalist police state, most incarcerated people are political prisoners. But we recognize that these things can only be accomplished through mass organization; our people must be organized!

A race without authority and power is a race without respect. …The world ought to know that it could not keep … [African people] down forever.

We know that our respect as a people will only come when our homeland, Africa, is free, united, and socialist under the banner of Pan Africanism. Our power and authority will come through Africa’s vast resources being used for all her people wherever in the world we are born or live instead of enriching Europe and the USA. We reiterate our call to build an organization capable of bringing our people together to bring about Pan Africanism.

To the valiant and courageous people whether tirelessly marching in streets, whether relentlessly fighting on battlefields, or whether engaging in any form of resistance, any uprising —unapologetically and on their own terms, we say forward ever, never back down, accept no compromises, accept no concessions, and accept no more lies. Forward to genuine freedom, by any means necessary.