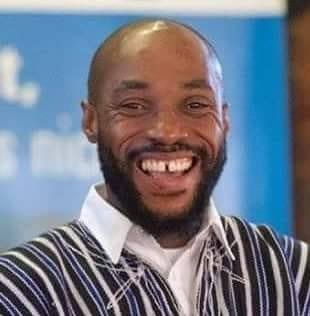 Tribute for Mawuli Kwesi Aboagye by All-African People’s Revolutionary Party – Ghana Chapter
Life is like the waves of the sea: they rise to the crest, foam for a while and are gone.

Mawuli Kwesi Aboagye affectionately called Mawuli was a founding member of the African Consciousness Movement (ACM) established in North Kaneshie, Accra in 1999. The ACM became part of the All-African People’s Revolutionary Party (A-APRP) Ghana Chapter in 1999-2000. Mawuli was part of the delegation selected by ACM to participate in Africa Liberation Day (ALD) 2000 at the University of Ghana – Legon. He became the youth organizer of the North Kaneshie work study circle of A-APRP. Mawuli was very instrumental in the establishing of the A-APRP agriculture farm at Ekumfi Dunkwa in the Ghana’s Central Region in 2001-2002.
As a great organizer and youth activist Mawuli joined the A-APRP in August 2001. He created and moderated the A-APRP Ghana Chapter Facebook page beginning in September 2010. Mawuli always quoted Osagyefo Kwame Nkrumah, “The only solution to Africa’s problem is organization.’
Mawuli consistently supported work towards Pan-Africanism when in Ghana and in Europe. He focused on African youth and as an example he brought his young son to African Liberation Day (ALD) in Takoradi to expose him to Pan Africanism at an early age. Death has robbed us of a young revolutionary Pan-Africanist. Comrade Mawuli submerged himself in the struggle for one unified socialist Africa, a task which he believed as the only solution to the oppressive living conditions of all Africans both at home and abroad.

Comrade Mawuli was not only a staunch Pan-Africanist he was also a staunch gender activist who constantly battled against the old saying that “a woman’s place is in the kitchen.” Rather he advocated that African women must play a leading role in all aspects of life, in education, politics, economics and governance. The women’s wing of the A-APRP, the All-African Women’s Revolutionary Union (A-AWRU) will forever remember Comrade Mawuli for the following sayings which he held dear to his heart; “Set free and elevate the woman for the people,” “Women are the base of society and our first teachers,” “Women are victims of outmoded customs that are still harbored by men, our fathers and brothers.”
May he rest in perfect peace in the beautiful garden with our Pan-African ancestors.