You are here: Home / Archives / The World Condemns the Coup in Bolivia 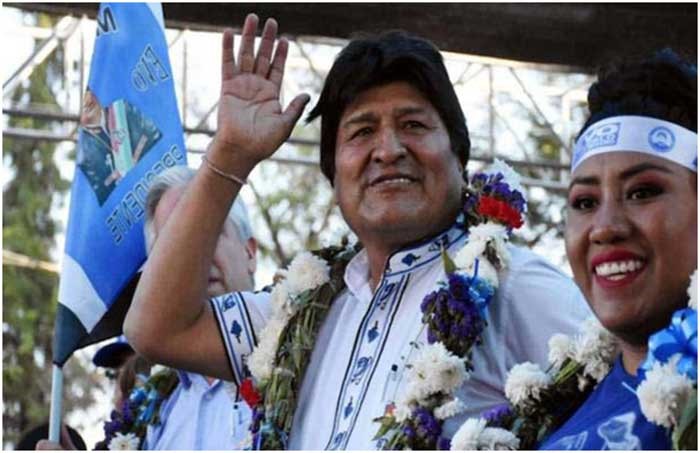 The All-African People’s Revolutionary Party (A-APRP) condemns in the strongest terms the coup against Evo Morales and the Bolivian people who recently re-elected him. The military and right-wing forces have committed treason and robbed the masses of their victory.

Bolivia’s forward march toward socialism and the redistribution of the wealth toward the poor and indigenous people, (extreme poverty in the period of Morales’ leadership fell from 38% to 18%), was counter to wishes of the U.S. empire. The successes of Evo Morales, the first indigenous president of Bolivia and his political party, the Movement for Socialism (MAS), raised the hatred of the settler/fascist class throughout the hemisphere. This coup has the fingerprints of the CIA all over it, led by the United States and their bought and paid for regional mouth, the Organization of American States (OAS). We know that despite this setback, the Bolivian people will win.

The fortunes of the African revolution are closely linked with the world-wide struggle against imperialism. It does not matter where the battle erupts, be it in Africa, Asia or Latin America, the master-mind and master-hand at work are the same. The oppressed and exploited people are striving for their freedom against exploitation and suppression. Ghana must not, Ghana cannot be neutral in the struggle of the oppressed against the oppressor. – Kwame Nkrumah