You are here: Home / Ancestors / The Legacy of Africa’s Greatest Hero 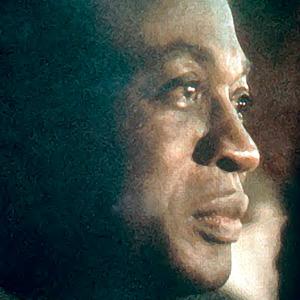 This article was originally published in 2009. We thought it appropriate to share it again in celebration of the impending anniversary of
Osagyefo Kwame Nkrumah’s birthday, on September 21st.

The important role of African women

The need for Socialism

Nkrumah’s legacy is a ‘blueprint’ of how to organise for revolutionary Pan-Africanism, to liberate Africa and ourselves from oppression, making the final step to true freedom. We not only have detail of his practice, he also left us many books setting out a clear strategy for learning and action. We urge you to read them, but we have summarised his key contributions here:

As midnight struck on March 5, 1957 and the Gold Coast became Ghana, Nkrumah declared: “We are going to see that we create our own African personality and identity.” Nkrumah said he was most inspired by Marcus Garvey’s messages, like “Africa for the Africans, at home & abroad.” Nkrumah said: “All people of African descent, whether they live in North or South America, the Caribbean, or in any part of the world are Africans and belong to the African nation.”

Nkrumahism: An ideology based on African culture

“We know that the traditional African society was founded on principles of egalitarianism. In its actual workings, however, it had various shortcomings. Its humanist impulse, nevertheless, is something that continues to urge us towards our all-African socialist reconstruction.”

“The formation of a political party [AAPRP] linking all liberated territories and struggling parties under a common ideology will smooth the way for eventual continental unity, and will at the same time greatly assist the prosecution of the All-African people’s war. To assist the process of its formation, an All- African Committee for Political Co-ordination (AACPC) should be established to act as a liaison among all parties that recognize the urgent necessity of conducting an organized and unified struggle against colonialism and neo-colonialism. This committee would be created at the level of the Central Committees of the ruling parties and struggling parties, and would constitute their integrated political consciousness.”

The important role of African women

“The freedom and development of the African woman are indispensable to the freedom and emancipation of the African people.” “The degree of a country’s revolutionary awareness may be measured by the political maturity of its women. And on the quality of political organising: “One market woman in Accra was worth any dozen Achimoto graduates!” “Women…must participate fully in the work of political education and organisation.”

“A class is nothing more than the sum total of individuals bound together by certain interests, which as a class they try to preserve and protect.” “The African Revolution is an integral part of the world socialist revolution, and just as the class struggle is basic to world revolutionary processes so also is it fundamental to be the struggle of the workers and peasants in Africa.” “The essence of Neo-colonialism is…the state, in theory independent…” But, “In reality its economic system and thus its political policy is directed from outside.”

“…our [Ghana’s] independence is meaningless unless it is linked up with the total liberation of the African continent.” “The concept of African unity embraces the fundamental needs and characteristics of African civilization and ideology, and at the same time satisfies all the conditions necessary for an accelerated economic and technological advance.”

“I believe strongly and sincerely that with the deep-rooted wisdom and dignity, the innate respect for human lives, the intense humanity that is our heritage, the African race, united under one federal government, will emerge not as just another world bloc to flaunt its wealth and strength, but as a Great Power whose greatness is indestructible because it is built not on fear, envy and suspicion, nor won at the expense of others, but founded on hope, trust, friendship and directed to the good of all mankind.”

The need for Socialism

Based on a simple principle: “…from each according to his ability, to each according to his needs.” “Socialism in Africa introduces a new social synthesis in which modern technology is reconciled with human values, in which the advanced technical society is realized without the staggering social malefactions and deep schisms of capitalist industrial society.” “We shall measure our progress by the improvement in the health of our people; by the number of children in school, and by the quality of their education; by the availability of water and electricity in our towns and villages, and by the happiness which our people take in being able to manage their own affairs. The welfare of our people is our chief pride, and it is by this that my Government will ask to be judged.”

“…the essential industrial machine, which alone can break the vicious circle of Africa’s poverty, can only be built on a wide enough basis to make the take-off realistic if it is planned on a continental scale.”

“strengthening of the Afro-Asian Solidarity Organisation and the spirit of Bandung is already under way. To it, we must seek the adherence on an increasingly formal basis of our Latin American brothers.” “[We have the] support of the growing socialist sector of the world.”

Casablanca Accords in January 1961 (signed by Kwame Nkrumah as the President of Ghana) condemned “Israel as an instrument in the service of imperialism and neo-colonialism, not only in the middle East but also in Africa and Asia.”