You are here: Home / Feature Story / The Enemy’s Unity vs. African Unity: Dialectics of the Struggle Against Neo-Colonialism 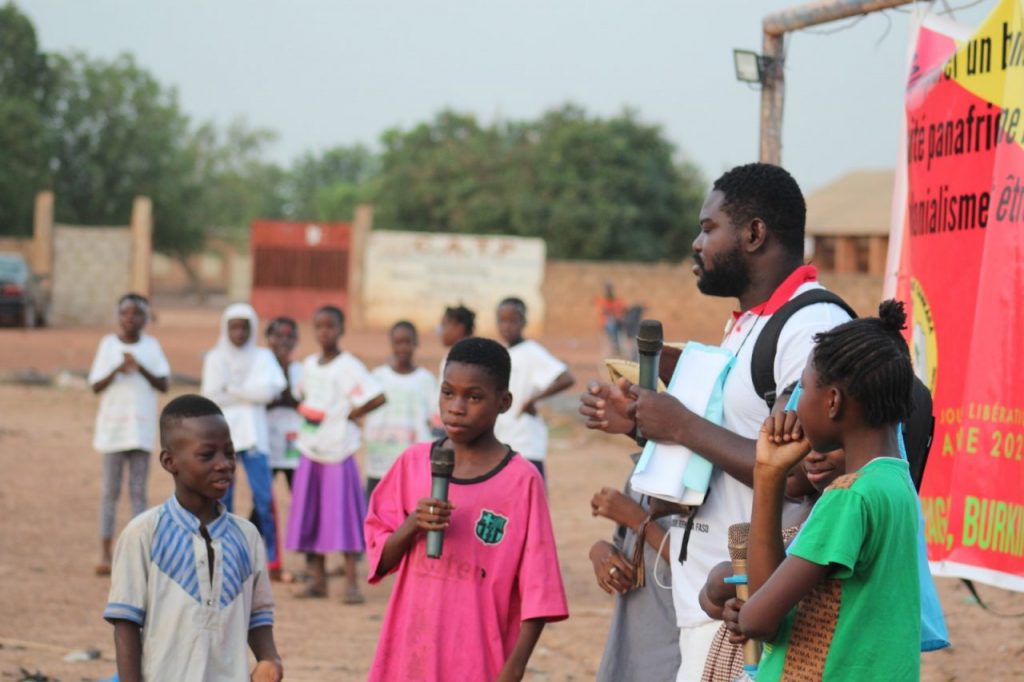 Unity has been the watchword for Africa’s enemies. The North Atlantic Treaty Organization (NATO) united countries engaged in colonialism and imperialism under the leadership of the United States. NATO’s role in Africa has been to defend the United States and Western Europe’s economic dominance over Africa’s land and resources. As just one example, NATO supported fascist Portugal with planes, ships, and arms in the fight to preserve colonies in the 1960s and 1970s. NATO remains a threat to Africa and the world.

Under the leadership of U.S. Africa Command (AFRICOM), Africa’s enemies united and used military force to attempt to preserve neo-colonialism in Africa. AFRICOM’s coordinated attack on Libya employed tons of bombs and racist proxy forces in the overthrow of the Jamahiriya and the killing of Moammar Qaddafi.

As in Africa, there is imperialist military and economic aggression toward Cuba, China, Nicaragua, Russia, and Venezuela. Through the United Nations in 1948 imperialists imposed a settler-colony on Palestine called Israel, and consequently the Palestinian people have suffered under continuing, grinding oppression. The European Union and the United States have sanctioned countries around the world. These sanctions are acts of war. Under the cloak of the United Nations, imperialists have engaged in countless acts of terror. All this imperialist aggression has nothing to do with efforts to establish or preserve “democracy.”

Kwame Nkrumah reminded us that, just as Africa’s enemies have united in the subjugation and exploitation of Africa, neo-colonialism in Africa and around the world can only be defeated through unity. Proof is seen in the fact that imperialism failed to defeat national liberation struggles in Africa and in much of the rest of the world. Colonialism was defeated in Africa through Pan-African unity, which is part and parcel of the global struggle against imperialist aggression. Pan-Africanism will defeat neocolonialism.

Revolutionary Pan-Africanism involves the nation/ class/gender struggle on the African continent and throughout the African diaspora. It is part of the fight for socialism, the restoration of our communal, collectivist and humanist values in a modern context. It represents the highest expression of African culture today in the fight against neo-colonialism, this last stage of imperialism.

Pan-Africanism is not a sudden, spontaneous phenomenon. The first Pan-African Conference was held in 1900, just 15 years after the Berlin conference 1884-85 that resulted in the division of Africa among the European powers for colonization. Between 1914 and 1921, Africans on four continents joined the Universal Negro Improvement Association-African Communities League during and after the imperialist World War I. The 5th Pan-African Congress was held in Manchester, England in 1945 at the end of World War II. African workers, women, peasants, students, and revolutionary intellectual organizations met with the sole purpose of defeating colonialism in Africa.

“We made our resolutions and set our programs. It is no exaggeration to say that we went from Manchester knowing definitely where we were going. We were primed for action in the struggle ahead. We had resolved to recover a continent in which only two small corners were free from imperialist occupation. Thirteen years later, in 1958, heads of eight Independent States met in Accra. Another five years enlarged our number to thirty-two and we gathered in Addis Ababa to discuss our unity and to confer with… our Freedom Fighters from the remainder of the continent, on how to carry on the fight to extend independence to the last corners of Africa” – Kwame Nkrumah

As African revolutionaries forged ahead, the armed struggles in Algeria, Angola, Guinea Bissau, Mozambique, Namibia, Azania/South Africa and Zimbabwe were conducted on a Pan-African scale. Guinea-Conakry, Ghana, Tanzania, Zambia, Zimbabwe and Libya provided bases, training and resources. The Organization of African Unity through the African Liberation Committee (ALC) provided financial aid to the African fighting forces. China and the Soviets also provided some training and weapons to some freedom fighters. Cuba provided material aid and over 300,000 troops.

Unity manifested among Africans fighting in the Portuguese colonies. They formed the Conferência das Organizações Nacionalistas das Colónias Portuguesas (Conference of Nationalist Organizations of the Portuguese Colonies), a strategic organization to collectively direct action against the Portuguese and NATO. In the settler colonies in the southern regions of Africa, Africans united in their resistance to white minority rule. Their organizations included, among others: the Azanian People’s Liberation Army (APLA), (armed wing of the Pan-Africanist Congress of Azania), Umkhonto We Sizwe, (armed wing of the African National Congress), the People’s Liberation Army of Namibia (PLAN), Zimbabwe African National Liberation Army (ZANLA) and the Zimbabwe People’s Revolutionary Army (ZIPRA). All these forces fought the white settler armies in South Africa and what was then called “Rhodesia” (Zimbabwe), even as NATO members were aiding the apartheid regimes with nuclear technology.

Israel, NATO’s strategic friend continued to supply cluster bombs and Uzi machine guns to the South African Army, against the UN international boycott forbidding arms sales to the apartheid white settler regime. The U.S. government did nothing to stop Israel’s illegal weapons trade. In fact, the U.S. continued to have diplomatic ties to both apartheid South Africa and Israel, while labeling the national liberation forces as “terrorists.” Not only that, the U.S. actively supported the invasions by South Africa into Angola. Nevertheless, through Pan-African unity in 1988, Angolan, Cuban, and Namibian fighters defeated the apartheid forces at the Battle of Cuito Cuanavale leading to the liberation of Namibia and negotiations with liberation fighters in South Africa. The Pan-African forces must unify throughout the world against neo-colonialism with the same resolve of the Pan-African forces in 1945 at the 5th Pan-African Congress.

Join the All-African People’s Revolutionary Party and the growing numbers in the Black Alliance for Peace calling for the end of AFRICOM/NATO in our “U.S. out Africa Campaign.” We also call for you and your organizations to join or support the “Pan-African Palestine Solidarity Network” and the resolutions to: reject Israel’s observer status in the African Union; and to support the Boycott, Divestiture and Sanctions movement against the apartheid state of Israel. Pan-African organization can defeat neo-colonialism. We call for revolutionary Pan-African forces to form an All-African People’s Coordinating Committee to direct our actions toward One Unified Socialist Africa