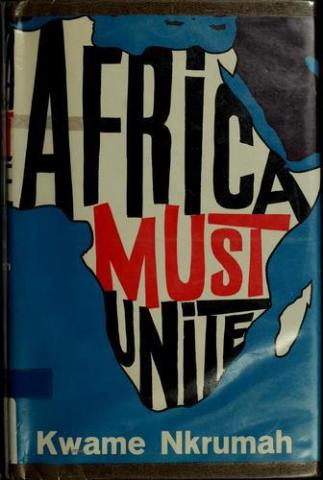 The A-APRP considers all descendants of Africa to be African, who belong to the African Nation, whether born or living in Africa or the African Diaspora (see Kwame Nkrumah’s Conclusion in “Class Struggle in Africa”).. Africa is one; we are one African People; and Africa is our only home.

´The next PAC must advance the 5th PAC and the All-African People´s Conferences..’

In the spirit of Osageyfo, (as faithful continuers) we offer our clear and concise position on Pan-African Congresses (PAC), in general and including various initiatives to hold an “8th PAC” in 2014. Our position is not personal or directed at any particular organizing efforts; and consistent with our position on the 6th (1973) and the self-proclaimed 7th PAC (1994) as defended by A-APRP co-founder, Ahmed Sékou Touré and one of the A-APRP’s main eternal cadre, Kwame Turé.

The A-APRP considers all descendants of Africa to be African, who belong to the African Nation, whether born or living in Africa or the African Diaspora (see Kwame Nkrumah’s Conclusion in “Class Struggle in Africa”).. Africa is one; we are one African People; and Africa is our only home.

We recall that after the self-proclaimed 7th PAC, efforts were in motion to host an 8th PAC in the Libyan Jamahiriya, (prior to the imperialist invasion of 2011). We also recall that the Jamahiriya Libya hosted a “Conference of African Activists for a Federation of African States” in June 2008, whose object was to proclaim a Federation of African States, with or without the African Union by 2009. We cannot overlook the fact that the All-African People´s Conferences held in Ghana (1958), Tunisia (1960) and Egypt (1962) advanced the 5th PAC (1945). It should be noted that this All-African People´s Conference held in Ghana, (considered by some as a “6th PAC”) only included delegates from 62 Liberation organizations (including Parties, Movements and Fronts) and not individuals.

A cursory glance at the history of the 1st to the 5th PACs shows clear progress. It goes:

Ø  From a timid request to imperial masters to the dictum to the masses for mass political action by any means necessary;

Ø  From Diaspora centered to African centered;

Ø  From ambiguous hope to reform  to the clear call for the destruction of colonialism, unquestionably anti-captialist to verficiable scientific socialism (transforming ambiguous so-called “African Socialism”);

Ø  From “great individuals” who belonged to no Pan-Africanist organization to participation only by political Parties.

The 5th PAC produced our scientific objective and strategy. Pan-Africanism is an objective, (not an ideology) to be achieved; the “total liberation and unification of Africa with scientific socialism”. Our strategy is the “organization of the African masses” in order to achieve the objective of Pan-Africanism. The All-African People´s Conferences (1958 – 1962) advanced the 5th PAC by coordinating actions of the organizations that would subsequently gain political independence of more than 30 colonies.

The next PAC must advance the 5th PAC and the All-African People´s Conferences. It must not reverse the 5th PAC. It must push the necessity of African ideology coming from our culture; the necessity of organization – the mass party (with women’s, youth wing and worker’s union) being the highest type; intertwine Pan-Africanism and socialism with class struggle (liberation of the modes of production) as the only means to advance. Ensure that the PAC has more delegates of Pan-African organizations/political parties and movements (not individuals) from Africa than from the Diaspora and Socialist movements.

We salute any honest efforts to organize our suffering People scattered throughout the World. Gatherings of the global African family are welcome, but should not be called “Pan-Africanist”. Only a congress of Pan-Africanist organizations and parties should be called Pan-Africanist.

We reiterate our enthusiasm to work with any forces that honestly work for the total liberation and unification of Africa under scientific socialism, as well our availability to work with all revolutionary forces in the world to end imperialism, all forms of capitalism, neo-colonialism, zionism, racism and all forms of exploitation. We re-confirm our dedication to establishing an All-African Committee for Political Coordination to facilitate the consolidation of an All-African People’s Revolutionary Party as the sin-quo-non pre-requisite of totally liberating and unifying Africa with scientific socialism.