You are here: Home / Palestine / The A-APRP Stands in Solidarity with Palestinians Right of Return 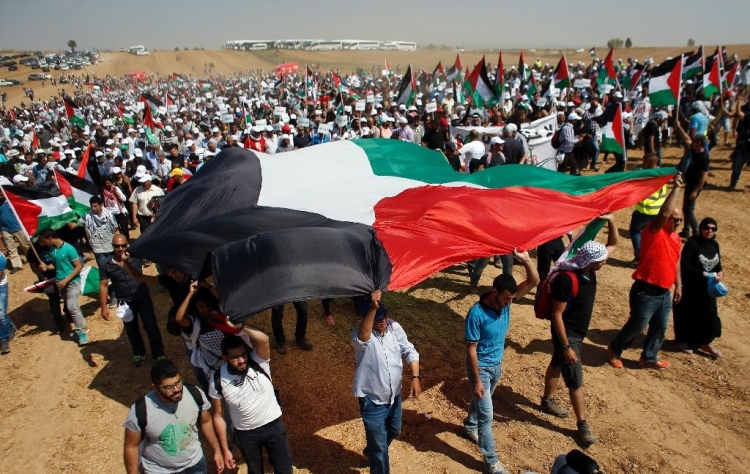 The All-African People’s Revolutionary Party (A-APRP)joins the world in the condemnation of the racist Zionist murder of Palestinians exercising the right to return to their home guaranteed in resolution 194 of the United Nations and in all the global protocols on displaced peoples. As with previous murderous attacks on the Palestinians, the March 30, 2018 murders of 18 and the wounding of more than 1,400 is a crime against humanity and the Israeli government should be held accountable. Palestinians were displaced by the imperialist policies of British colonialism in cooperation with Zionist imperialist and the terrorist actions began by the Stern and Irgun gangs. The terrorism continued and continues by the Zionist Israeli occupying army. These terrorist acts led to the expulsion of over 800,000 Palestinian by 1948. We the A-APRP stand in complete solidarity with the Palestinians right to return and the corresponding demonstrations that began on “Land Day” March 31 and scheduled to continue thru May 15th, the 70th anniversary of Al-Nakba (The Catastrophe) which commemorates the displacement of the Palestinian people.  Long live the Palestinian struggle for justice! End Zionist occupation NOW!