You are here: Home / Feature Story / Solidarity with Standing Rock 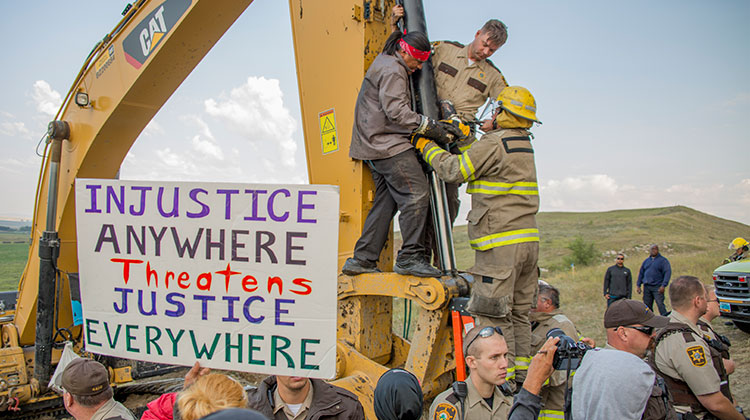 The All African People’s Revolutionary Party sends our deepest feelings of solidarity with the struggle of the indigenous nations of this hemisphere. This present struggle at Standing Rock is but a reminder of your over 500 years of resistance against settler-colonialist occupation in Turtle Island (this hemisphere) where your many nations and peoples have lived, developed and protected for millenniums.

As Africans our land in Africa experienced too the tragedies of the colonial raft of European settler-domination. Africans in this hemisphere on your land record some of our proudest resistance to settler-occupation and our enslavement as our peoples fought side by side as Seminoles in Florida (against the killer and enslaver Andrew Jackson). Today there are alliances of African and Indigenous people’s fighting to defend against multi-national corporate theft of land and resources in Colombia, Honduras and throughout this hemisphere. These corporations are backed by the same capitalist regimes like the United States and Canada bent on destroying Standing Rock and the whole planet for the profit of a few.

It is the tradition of this solidarity that the AAPRP continues an ongoing relationship between Africans and the Indigenous Peoples of Turtle Island. Ours is a Pan-African relationship exemplified by the working relationship between two ancestors Kwame Ture (Stokely Carmichael) and Wabunini (Vernon Bellecourt) who fought together from the occupation of the Bureau of Indian Affairs to the Mathaba movement in Libya. They were clear on the question settler-occupation from the Americas to Africa, from Palestine to Ireland. You have our word that we will never waiver on these principles.

We call to action on this day of solidarity with Standing Rock, September 13, 2016 for this petition is signed by all Africans.