You are here: Home / Feature Story / Sekou Touré, the PDG and the A-APRP 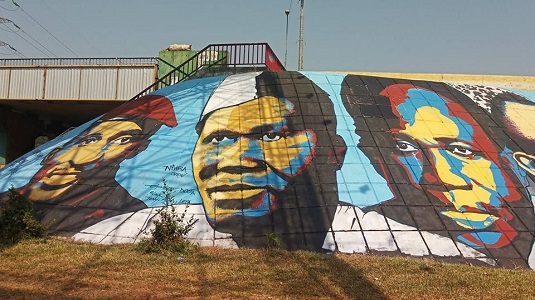 As the All-African People’s Revolutionary Party closes out its commemorative activities of fifty years since our founding and the publishing in 1968 of Kwame Nkrumah’s Handbook of Revolutionary Warfare, (the ideological and organizational blueprint of the A-APRP), we must reflect on our long-standing connection to the immortal Sekou Touré and the Democratic Party of Guinea (PDG). This relationship precedes the A-APRP, starting with the extraordinary fraternal relationship between Sekou Touré and Kwame Nkrumah, the Convention People’s Party and the Democratic Party of Guinea and their eternal love for the masses of African People globally.

Led by the PDG, the Guinean People cast the famous no vote of the 1958 referendum, refusing to become a satellite of France and  opting for complete independence. Guinea, the first former French colony to break ties, was met with the vengeful rage of France. France, in their departure, took everything they could out of Guinea--from financial capital to light bulbs. President Nkrumah and the CPP stepped in to save Guinea’s economy with an infusion of capital. Nkrumah and Touré would become leaders of Revolutionary Pan-Africanism inside the revolutionary Casablanca group that included Egypt and Mali, led by Presidents Gamal Nasser and Modibo Keita, respectively. They aided and allowed their territories to be used to train and supply revolutionary forces throughout Africa and the African Diaspora. They advocated for the immediate establishment of One Unified Socialist Africa. 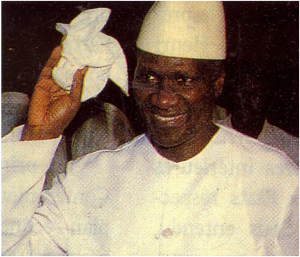 Kwame Ture (formerly Stokely Carmichael) who moved to Guinea in 1968 and died there in 1998 often reminded us that it is a crime to be ungrateful. The A-APRP owes its very existence to Sekou Touré and the PDG and for our relationship, we are eternally grateful. When Kwame Nkrumah was overthrown by the CIA and counter revolutionary elements in Ghana, it was Sekou Touré, the PDG and Guinean people that made Nkrumah Co-President of the Republic of Guinea. This revolutionary, Pan-Africanist act allowed Nkrumah to reproduce and revise his Handbook of Revolutionary Warfare, the first version having been destroyed during the coup d’etat in Ghana. It was also in Guinea that the first A-APRP work-study circles were launched. This period in Guinea was one of Pan-Africanism’s greatest developments. Nkrumah published the Handbook, Class Struggle in Africa, the Rhodesia Files and essays on the Spectrum of Black Power. Kwame Ture, Lamin Jangha, and Seku Neblett would work with Nkrumah to begin building the A-APRP. Amilcar Cabral, while using Guinea Conakry as rear base for the liberation struggle in Guinea-Bissau, would add practical armed experience to Nkrumah’s theoretical and practical works. It was comrade Sekou Touré and the PDG who provided the liberated space for all these developments. The Guinean people defended the attempt to crush the PDG, the African Party for the Liberation of Guinea Bissau and Cape Verde (PAIGC), and the progress of the African Revolution in general. The Guinean peoples’ defense of the African revolution is best illustrated by their heroic defeat of imperialist forces in the November 1970 invasion led by Portugal, NATO and traitorous Guinean mercenaries.

The A-APRP owes an eternal debt to Sekou Touré, the PDG and the masses of the Guinean people, organizationally and ideologically. Ahmed Sekou Touré and PDG contributed to the theoretical framework of the A-APRP. Our Nkrumahist/Touréist ideology mandates the study of his works: Women in Society, Strategy and Tactics of the Revolution, Africa on the Move, A Dialectical Approach to Culture, The PDG Seminar on Class Struggle in Religion and other important writings and documents. 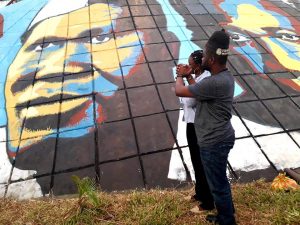