You are here: Home / Feature Story / Say No To Africom! 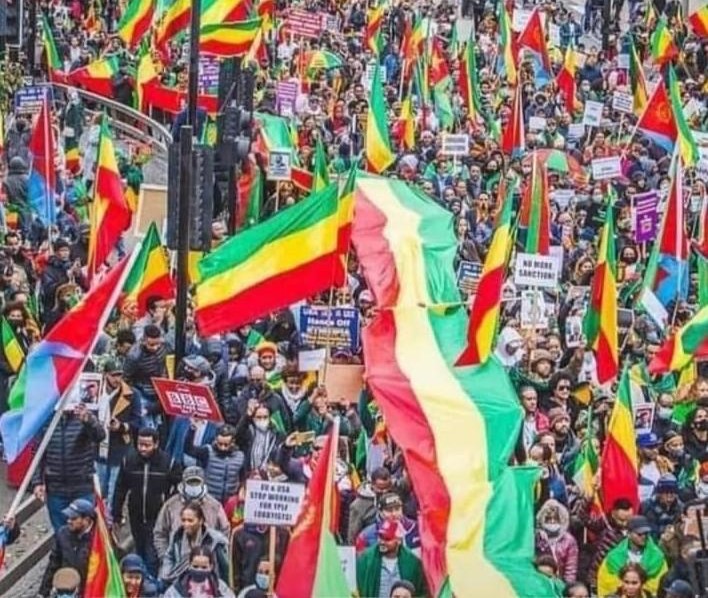 In an arrogant assertion of their intention to own and militarily dominate the world, the United States of America has established eleven unified combatant commands across the globe, each with an “area of responsibility”. This “responsibility” represents the positioning of the U.S. to militarily protect its allies, to keep pressure on nations to maintain a relationship of subservience to the U.S., and to militarily ‘keep in check’ or attack nations that refuse to bow down to its demands. These demands force the incorporation of all nations into an economic and political system dominated by U.S. corporate imperialism, thus preventing any genuine self-determination.

Eritrea is the only country in Africa that is not a part of AFRICOM and continues steadfast resistance to U.S. military presence on our continent. Egypt is not in AFRICOM because it falls under the U.S. Central Command, or CENTCOM. The separating of Egypt from the rest of Africa in US military strategy is important because it connects Egypt to Israel under the umbrella of CENTCOM. This arrangement is designed to ensure U.S. Control of the Suez Canal and the strategic waterways of the Red and Mediterranean Seas. Egypt and Israel are two of the largest recipients of U.S. military and financial aid in the world.

AFRICOM’s stated mission is “anti-terrorism” and “promotion of democracy”, but AFRICOM’s true purpose is to thwart any attempts by African nations to achieve self-determination and emancipation from neo-colonialism. AFRICOM is one party of an international military machine designed to control humanity’s economic, social and political activities under the helm of US corporate and military power.

The U.S. and its allies relentlessly seek to control the oil, coltan, bauxite and other vast mineral resources, fertile land, fresh water and labor power on the continent of Africa. This is achieved through the collaboration of several imperialist partners, including: Non-Government Organizations (NGOs) to manipulate labor, social and human resources. International finance institutions such as the IMF and World Bank control the economies through debt and dependency. Major corporate media distort and misinform the masses of the people. Multinational corporations maximize profits by extracting resources and processing them into commodities to be sold on the open market.

Government officials from capitalist nations and their client states set policy to ensure that capitalism makes profits. AFRICOM, with regional and national armed forces which they control, crush resistance to these sophisticated capitalist money making schemes. AFRICOM stands ready to serve imperialism by waging war, overthrowing legitimate governments, financing and supporting coups, or by militarily enforcing economic sanctions and blockades designed to destabilize nations, diminishing the nation’s ability to govern themselves and provide for their people.

Imperialism and all its international, national and local agencies are mighty enemies of Africa, African People and all humanity. They will be defeated, and the people will win. The people have always resisted oppression. We will continue to reject the militarization of our communities and the world. Anti-imperialist forces must stand together to smash capitalism and smash imperialism. The All-African People’s Revolutionary Party (A-APRP) uncompromisingly condemns imperialist militarization of Africa and the world. We recognize that only Pan-Africanism can empower African nations to stand-up against this imperialist menace, which is but a new, violent, grotesque form of colonialism, called neo-colonialism.

We urge all Africans to join an organization fighting for the people. Join the All-African People’s Revolutionary Party (A-APRP).

READY FOR THE REVOLUTION, PAN-AFRICANISM OR PERISH!