You are here: Home / Feature Story / Rising to the Challenge of Uniting Africans and Recruiting Millions to Liberate Humanity 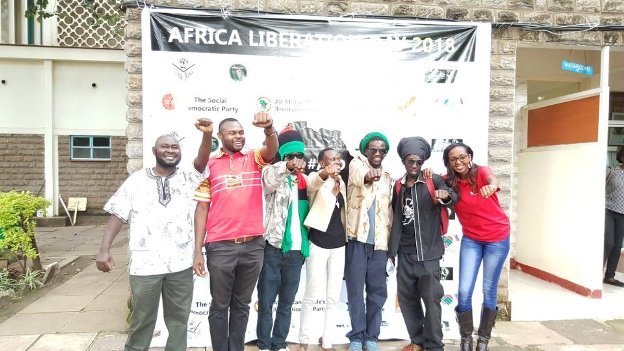 The most conscious revolutionary intellectuals and intelligentsia, along with workers and those living in the countryside, (farmers) have as their most pressing priority for the world’s population the organization of global anti-imperialist mass revolutionary political parties. This is particularly true for Africans.

We must do this because no matter where we live, we suffer. Many live in fear that our children will be killed by diseases or violence. Escaping death is a temporary victory, but too many end up in prison or are sent off to other peoples’ lands with guns in hand as unconscious members of invading armies. Those who stay behind are afraid of their fellow human beings, only “surviving” and feeling lonely in a sea of many.  Still others don’t see any reason to continue “living” (surviving) because they can’t pay for food, funds are low and debts are high. They don’t feel safe or loved, but rather they feel powerless and insecure. They suspect that something is wrong, but they can’t seem to pinpoint exactly what the problem is. Deep down inside, they wish for change, but don’t have a clue about what or how to change things.

They and we need power over our society. Power comes from the organized people (society). Power of thought put into consistent concrete practice plus power over nature equals cultural power. This is the solution – but how? How do we get organized to achieve power? Where do we begin and with whom? Do we begin with the most conscious or the unconscious? Do we begin at zero, or do we build on the work of those who came before us?

History teaches that you start with the most conscious and together go to the less conscious, live among them, do as they do, learn from them and help bring them to higher levels of consciousness, culture, organization and power. Organization is critical to this process, but we need the right kind of organizations. We have short-term, medium-term and long-term problems. We cannot continue to create short term organizations for long term problems, or vice-versa.

When racists kill our people, we must act decisively. But if all we do is organize short-term to end the killings, when the racist killings are stopped, we will still be powerless. Permanent political mass revolutionary parties are more advanced than short term coalitions or fronts, but we can’t spend fifty years organizing a permanent mass party and ignore racist murders, homelessness, self-hatred and hopelessness. In the process of resolving these short-term problems, the most conscious can emerge and become revolutionaries who are working for long-term objectives. Gathering them together inside of a permanent organization that has as its agenda the achievement of power that will make real our ability to exercise self-determination is the most effective organizing strategy.

A good place to start is with recruitment of the most conscious African students at colleges and universities. We must then be ready to go anywhere and everywhere the African Revolution sends us, even if we don’t like the destination or we don’t want to learn another language. We must also coordinate this work with the Organization in Solidarity with the Peoples of Africa, Asia and Latin America (OSPAAAL), which has its International Headquarters in Havana, Cuba.

As individuals, how do we fit into this process? A revolutionary in Houston, Paris, or Lagos, Nigeria may wonder whether they can play a role in revolutionary activities in Guinea-Bissau, Mozambique, Angola, Zimbabwe or Azania/South Africa. The answer is neither linear nor exhaustive. What follows are a few suggestions: