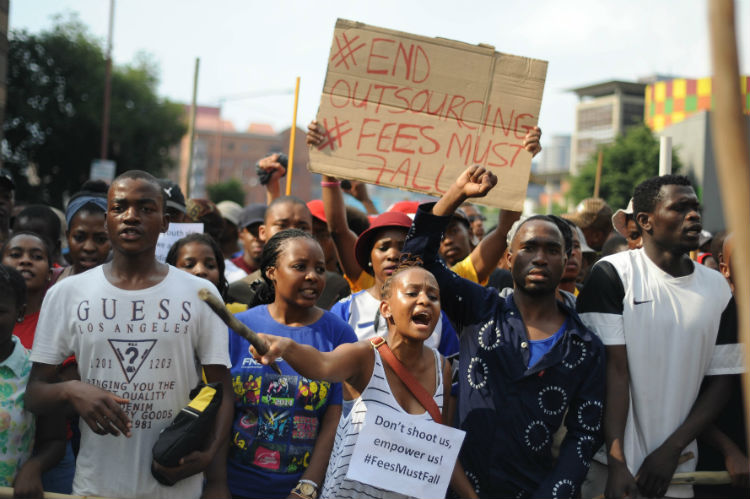 The beginnings of the A-APRP date back to the days of the “analog” era.  Our initial wave of political organizers and cadre came from areas such as Nkroful, in rural Western Ghana, where our founder, Kwame Nkrumah was born and raised.  Others like Kwame Ture (aka Stokely Carmichael) and Seku “Chico” Neblett were developed in the rural U.S. South, where our people organized door-to-door amongst sharecroppers and laborers.  No Email, Google or Social Media to assist.  A large number of our people didn’t even have telephones during those days.  Our organizing tools were our feet, mouths, hand written letters, paper flyers and perhaps a typewriter.

People recruited and held meetings face-to-face in community centers, on school grounds, in homes or wherever space was available.  Our comrades travelled by buses and private cars in order to trek from town to village (and vice versa) in different parts of Africa, on mostly unpaved roads for hours or sometimes days on end, in order to attend meetings, organize rallies, etc.   Similarly in the diaspora we organized state to state in America, province to province in Canada and island to island in the Caribbean.  Events were promoted by simple word of mouth, by megaphone on a busy street corner or university center campus, or by wheat pasted posters on a building wall.  The work was extremely hard and painstaking, but through it person-to-person and organization-to-organization relationships were developed which were critical in advancing the Black Power Movements, Anti-Apartheid Movements and the overall development of the A-APRP.

Now fast forward to the 21st century, where the digital era has come front and center.  Tremendous advances in technology has “shrunk” the world, and has made information sharing and (in theory) organizing much easier.  Twitter and Facebook campaigns have helped to spread any number of movements for justice including the Occupy Movement and Black Lives Matters. For an organization such as ours, where we are working to build a revolutionary party not associated to a single micro-state (ex. Cameroon, Uganda, Belize, etc) but a party covering the length and breadth of the African world, it has presented great opportunities for growth and outreach to our brothers and sisters in areas of the world where we previously would have had difficulty in reaching.

Those who are familiar with our party know that the foundation of our organization is the work-study circle.  The work-study circle is normally made up of between 3-13 people who engage in COLLECTIVE, GROUP study and work as a unit.  The collectivist work-study process we feel is key to both individual political development as well as collective development in helping our party reach our goals and objective.

In 2011 the A-APRP embarked on an initiative to take this work-study process to the digital world.  Using technologies like Skype, the first internet work-study was formed (43 years after the creation of the first A-APRP Work-Study Circle in Guinea-Conakry, West Africa).  The group had African men and women based in Namibia (Southern Africa), Tanzania (East Africa), Portugal (Western Europe) and the United States (North America).  Since then, the internet work-study process has helped the A-APRP to connect with and organize Africans based in different parts of Africa, China, Europe and North America.  As comrades have developed in knowledge and understanding of the A-APRPs political line and mission, this has helped us to start new organizing areas in places like Tanzania, Finland and New York, USA.  A-APRP militants in the online work-study circles have been emboldened with the knowledge of the common struggles of our people living and struggling in different parts of the world gained through regular interaction of the work-study meetings.

At the same time, since our party is working to build a MASS organization, we know there is still no replacement for face-to-face, local grass roots organizing.  Our young comrades in New York have bridged the digital world to the leading the charge in helping to build the local A-APRP organizing area there in New York and will be organizing their first African Liberation Day celebration in May as a continuation of the work they have been doing the last several years.  Some of this work includes Anti-Police Brutality initiatives, involvement in campaigns for the release of Political Prisoners, support of Socialist Cuba and ongoing development of a Pan-African Youth Media page.  Living by the mantra, Organize Locally, Coordinate and Think Globally, we seek to ensure that our grass roots local organizing is connected to the global organization and mission of the A-APRP to achieve Revolutionary Pan-Africanism: the total liberation and unification of Africa under scientific socialism and the creation of an United Powerful African State.

Further our party is trying to evolve our political education materials to be in line with the digital era.  We are now going from the type written newspapers and clip and paste hand bills from the past to the digital blogs, political memes, short videos and social media of the present.  But just as farming over the centuries has had a change of tools (pickaxes to tractors) and an evolution of skills/knowledge to farm effectively in a particular climate, organizational work also has a change in tools and necessary skills to be best effective during from era to era.  For the A-APRP to take it to the next level, we need spirited youth that have both the skills of today AND the love of/belief in the masses of the people (which is a common thread amongst revolutionaries of all cultures, generations and eras). Are you one to join and help us to make a qualitative leap as an organization and a flag bearer for African Liberation and Unification?  If so please heed the call to join or become an active supporter of the A-APRP today!