You are here: Home / Archives / “Return to the Source” Vote PAIGC Defeat the Forces of neo-colonialism and zionism 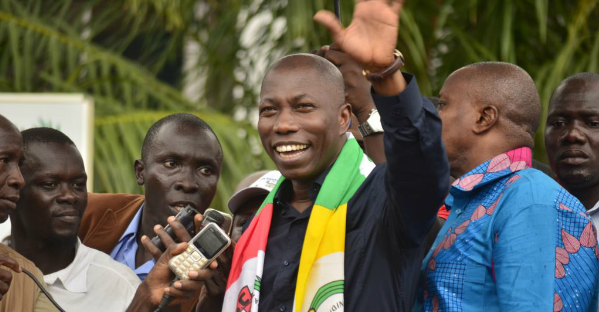 Update on Election First Round

Comrade Domingos Simões Pereira led all 12 presidential candidates in round one with 40% of the vote in the November 24 elections. Forward to victory in round two of the December 29 presidential elections!!! Remember this is still a battle for the future of our children; the daughters and sons of Africa.

We can affirm with ownership that, after a march of more than half a century, the theoretical principles that guided the Glorious National Liberation Struggle remain valid and present, keeping the PAIGC in a certain way faithful to the Politico-ideological foundations and the thought of Amílcar Cabral, assumptions that must be preserved and adapted, in a creative and evolutionary way, to our reality (PAIGC Amílcar Cabral Political-ideological School)

The African Party of Independence of Guinea Bissau and Cape Verde (PAIGC) won the most seats in the legislative elections in March this year and together with our Allies form a clear majority in the National People’s Assembly (ANP). The Guinea-Bissau Pan-Africanist Government has significantly increased the participation of women and youth, giving priority to social areas and a People-centered development. Yet there is no time to rest before the upcoming runoff Presidential Elections on 29 December 2019. This election will decide whether PAIGC will maintain control over the Parliament and Government on one hand and whether the PAIGC will gain the Presidency on the other.

The opposition candidate, Umaro Sissoko Embalo, has openly allied himself with zionist Israel. Last month he bragged that he was trained in the Mossad Security School (a school that has trained many terrorists, carried out many coup d’états, invasions, assassinations). While serving as an imposed unconstitutional Prime Minister, he threatened democratic marchers that he had just returned from Israel with tear gas. He is supported by neo-colonialist Senegal President Macky Sall, who recently sponsored a pact that includes material support.

The A-APRP pledges its support to the PAIGC, all the Masses in Guinea-Bissau who have waged a relentless struggle against the anti-People forces there, and those organizing for the PAIGC Presidential runoff elections scheduled for 29 December 2019. And we want you and your organizations to give maximum voice to the electoral work by the PAIGC in Guinea-Bissau in your print, audio, visual, social media platforms. Settings PAIGC Candidate for President of the Republic, Domingos Simões Pereira, is the current President of our Party, (PAIGC), needs every vote and we need your help to clinch the revolutionary victory.

We must act as if we answer to, and only answer to, our Ancestors, our children, and the unborn  Amilcar Cabral

We are confident that we will win, but our victory must gain wider international political support from our Progressive and Revolutionary Community.

We are asking for your support today and to offer you and/or your organization the opportunity to be part of this historic moment in the fight for Pan-Africanism.  Our greatest support is our People and Revolutionary International community.

What can you do to support?

We are asking for your support now:

Show your revolutionary solidarity and let’s show the enemy that we are united and nothing can stop the masses towards the total liberation and unification of Africa and under scientific-socialism.