You are here: Home / Feature Story / Pragmatism and Principles – Challenge of the Revolutionary PAM in the 21st Century 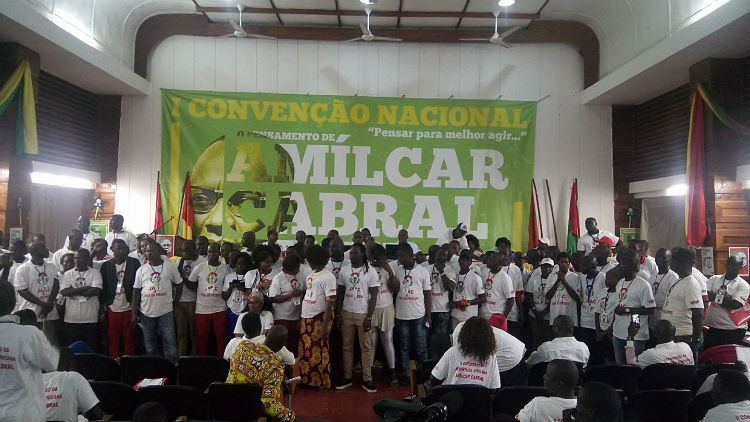 Unfolding events in Zimbabwe are forcing the Pan-African Movement (PAM) to struggle with questions about Zimbabwe and the Zimbabwe National African Union-Patriotic Front (ZANU-PF) leadership.  The spirit reflected in the various stories and social media posts seem to revolve around the question on what is the major contradiction? Is it imperialism, which has clearly interfered in and contributed to the politico-economic instability of Zimbabwe or is the leadership that has supposedly outlived its time?

In the broader context, an important political question currently facing both the Revolutionary Pan-African Movement (PAM) and the broader International Socialist Movement (ISM) is how do we properly apply the ideas which serve as the political compass of our respective revolutionary organisations and political parties to current day local and world events. Whether an organisation or party proclaims to follow a Revolutionary African ideology, for example Nkrumahism, Toureism, Cabralism, Mangaliso Sobukwe Thought, Garveyism, Third Universal Theory, or a Non-African one such as Marxism-Leninism, Maoism, Juche Thought, etc, the challenge is the same. To develop, study, evolve, advocate and live a political line of action that will advance the revolutionary progress of human society and eternally empower the laboring masses.

The Current Geo-Political Situation in Africa

The Geo-Political situation, within which many of these previously mentioned ideologies were developed, has undergone changes. Some of these changes are subtle, others more dramatic. Colonialism (which was abolished by both organized vanguard and mass led movements throughout the world) has evolved into Neo-Colonialism. Neo-Colonialism itself has further undergone various adaptations to maintain itself since its inception into the African world in the late 1950s and early 1960s. The Soviet Bloc of countries, which provided some level of counter balance to imperialist intrigues in Post-Colonial Africa, is no more since the late 1980s. Single Party States (both Democratic/Revolutionary and Anti-Democratic/Reactionary) are mostly obsolete and have given way to the implementation of Western-Style Bourgeois Multi-Party “democracies”, which in most cases have been imposed by geo-political forces outside Africa. These Multi-Party states generally result in a further division of the people while at the same time giving the illusion of people’s democratic rule through electoral politics. This division negatively affects the ability of the masses to fight in a united way against our class enemies, both internal and external to the African community. The concept of proxy warfare (example War against Terrorism) designed to facilitate instability in Africa so that international financial institutions and foreign multi-national corporations can continue to loot Africa’s wealth, has matured from an occasionally used tactic to a general strategy of Imperialism. Despite victories in recent decades of socialist forces, especially in Central/South America, the privatization of public assets imposed by the International Finance Cartels such as World Bank (WB) and International Monetary Fund (IMF) has gain strength both in Africa and throughout the world.

On one level many of these developments should make the distinction between the anti-people’s class (those that stand for and advance the social/political/economic interests of a small reactionary elite group of people) and the people’s class (the working majority fighting for a true democratic society where social/political/economic power are under the control of the majority of the people) much clearer. In practice both the PAM and ISM have been challenged to make the internal political developments necessary to keep pace with the needs of the mass line; as lack of consensus around key political issues and concepts have had a stifling effect on the movement in certain areas. In short, the main question which needs to be properly addressed is: how does the Revolutionary Pan-African Movement identify, prioritize and address the internal class conflicts within the African world?

Before and during his time as President of the People’s Revolutionary Republic of Guinea, Ahmed Sekou Toure constantly reminded the militants of the ruling Democratic Party of Guinea-African Democratic Rally (PDG-RDA) that the fight to build socialism after colonial independence was a much more difficult fight than the fight to overcome and abolish colonialism itself. Toure also noted that even in revolutionary countries with a one party state (as Guinea-Conakry was at that time), there is a continuous class struggle for 1) the masses to control the party, ensuring the most revolutionary political line is followed both in theory and practice and 2) for that revolutionary party to win full control over the state apparatus, giving the mass party the ability to implement political-economic policy ensuring mass people’s power and prosperity. Sekou Toure referred to this arrangement as a Revolutionary Party-State.

Toure noted that there are internal reactionary forces (even WITHIN a revolutionary party) which instead of implementing the revolutionary program of the mass party within the state and facilitating the empowerment of the masses over the state, a portion of these political leaders constantly work to undermine such efforts for their own selfish political and economic gain.

There has been lack of consensus within the PAM on major African issues within recent years. Even relative to imperialist attacks against Africa, there is lack of a common stance within the movement. For example the Libyan Jamahiriya had to wage a fierce and courageous resistance war to imperialist attacks by the North Atlantic Treaty Organisation – NATO (and its local African lackeys) in 2011-2012 during the so-called ‘Arab Spring’ all by itself. No other African country rendered formal or informal military assistance and support for the Jamahiriya (though patriotic forces in the countries surrounding Libya did join the resistance in defending Libya/Africa). The African Union (AU) took a position of defense of Libyan sovereignty which could be described as lacking teeth or real militancy. The PAM was itself divided relative to political and ideological support it should or should not give to Libya. Some defined historical political ‘missteps’ by the Jamahiriya as the rationalization to not defend Libya.

Within these real life political debates, those who consider themselves pragmatists argue that imperialism is always the major contradiction and that while internal reactionary class elements need to be struggled with, it should not be the primary concern when imperialist forces are at play. It argues that the LEADERSHIP of Africa’s former liberation movements/political parties which maybe, at the state level, operating counter to the revolutionary political principles of their party and engaged in corrupt/anti-people behavior, are the MINOR contradiction. They argue that this corrupt leadership should be completely looked at separately from the political parties from which they come. They argue that to abandon these historic parties will simply give space to the forces of imperialism to come in and wrestle even more power from the various African states in question, and by extension Africa as a whole.

The principleist argues that imperialism can’t be blamed for, nor be a cover for everything bad that happens in African politico-economic life. They argue that the revolutionary movement must take responsibility for cleaning up our own house WHILE fighting against imperialism simultaneously. They argue that a party that is said to be revolutionary which has been in some level or complete control of the state for 25, 35, 45 years but yet has not been able to wrestle power over the state apparatus from their own (in some cases) corrupt leadership despite having a mass base of hundreds of thousands or even millions of members, may not in fact be revolutionary at all.  They argue that this is in fact the major contradiction that we face and that imperialism with never be overcome by continuing unquestioned support for these parties. They argue that newly emerging socialist and anti-imperialist political forces (regardless of their size and strength) should be developed and given support. They argue that revolutionary principles must be adhered to unconditionally even if it means taking a temporary political loss in the process.

The principleist (at least the ones grounded in dialectical materialism) and the pragmatist should understand that there are no absolutes.

The dichotomy between the Pragmatist and Principlist is artificial because real life is complex and social political and economic contradictions are ramified contradictions that, in practice, require the capacity to deal with multiple aspects simultaneously.  For example we should not consider the internal anti-people activity and imperialist activity as separate and conflicting things to be dealt with one after the other. A clearer picture comes into view when we see internal class contradictions as an extension of imperialist activity and imperialist activity as an extension of internal class struggle. This gives us an understanding of the struggle that identifies both as permanent aspects of the enemy which the people must overcome. The existence of opportunism and corruption within the ranks of the revolution become the face of imperialism within the people’s struggle. Such a perspective also helps us to understand pragmatism as the application of principle to particular conditions. Principles, which we consider to be scientific law, are at all times practical. Because the application of universal law to the particular situations is what makes it scientific.

We also see this complexity in individual workers living in a capitalist society, while advocating for Socialism still have to sell their labor to the capitalist class, in exchange for wages.  One does so as the primary contradiction in this case is that they are unable to meet the material requirements of sustaining the life of their family without those wages in a money economy. Thus in working for the capitalist, they are in essence working against their own interests. (A slave who intends to run away tonight, must first pick his quota of cotton today.) Such is the contradiction that all workers face under capitalist domination.

What is required at this point is an extensive debate within the movement that will bring forth the positive action by the pragmatic application of Principle to arrive at positions that are stronger, more potent and capable of defining a general policy going forward. It is not one or the other but it must be a proper integration of the positive elements of BOTH tendencies into a greater guiding light. Further, this is not a one time exercise but an always ongoing initiative. Like the broader Pan-African Movement, the A-APRP is dealing with these questions internally. It is incumbent upon all of the revolutionary forces within the Pan-African and International Socialist movements, to engage in collective ideological debate and work to resolve these issues in the shortest time possible so that we can as a whole advance the Pan-African and World Socialist Revolutions.