You are here: Home / Feature Story / Pan-Africanism Won’t Fall Into Our Laps – We Must Fight! 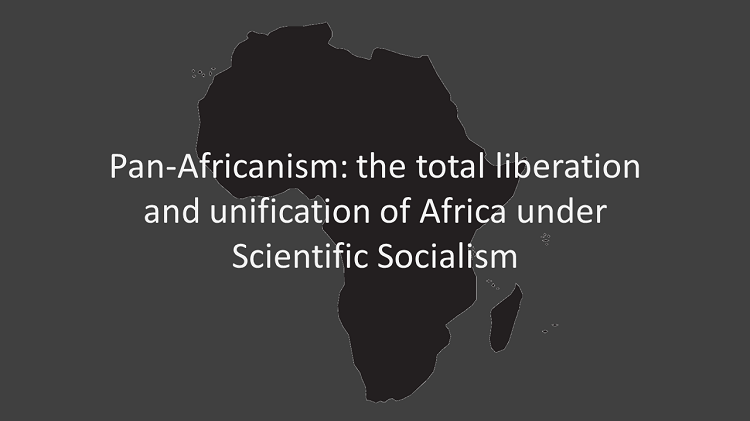 If Africans throughout the world aspire only to drive a Mercedes, eat a chocolate bar, wear a diamond ring, and pump gasoline into our vehicles, we will never achieve the liberation we have craved for generations. We will be free only when we realize that we should be the people managing the auto, cocoa, diamond, and oil industries.  Not only should we be managing those industries, we should be managing them within a socialist development system that places the needs of people over profit so that our riches are not exploited, but instead made available for collective good and development.

The All-African People’s Revolutionary Party (A-APRP) understands that global African unity is essential to achieving Pan-Africanism, which means the liberation of Africa from the control of exploitative foreign capitalist interests and the unification of the African continent under a continent-wide socialist government. Accomplishing that objective will make it possible for African people everywhere to not only control the industries mentioned above, but to also make it possible for Africans around the world to benefit from them.

The A-APRP is not guessing about the benefits of Pan-Africanism. We have seen how others have achieved global power when they have liberated territory and consolidated it into a super state that has the capacity to impose its will economically, diplomatically, and militarily. Consider China. At one time, China was subordinate to colonizers, warlords, and feudal landowners. Chinese immigrants were disrespected and exploited, and often found work outside of China as laborers whose low wages allowed lifestyles that were qualitatively comparable to those of enslaved persons. The old saying: “He doesn’t have a Chinaman’s chance” reflected an abusive, discriminatory reality.

However, China underwent a socialist revolution that fundamentally transformed the country’s reality. Since then, China has been and remains a world power and a growing force to be reckoned with. China’s success may have inspired resentment among western imperialists that has trickled down to racist individuals who have engaged in recent acts of abusive violence, but it can’t be denied that the power of China and its people is highly respected, and in some cases feared. China’s people benefit from this respect regardless of whether they are born in Beijing or San Francisco. This respect will continue to grow, and racist propaganda aimed at China for whatever reason will do nothing to stop this.

Africans around the world do not enjoy that type of respect. When Africans are gunned down like mad dogs by police in New York, Toronto, Paris, and Lagos, it is suggested that the victims’ brought violence on themselves by their actions. When Africans’ resources are shamelessly exploited and they suffer premature deaths because of this blatant exploitation, those who plunder claim their deeds encourage “development.” Africans’ resistance is met with suggestions that Africans too can get a piece of the action if they join in and play the imperialist game. It’s all a lie of course, and the living conditions of Africans everywhere prove it. There are government crackdowns against people in Kenya, Uganda, Senegal, and elsewhere. There is the continued domination of the Horn of Africa by outside imperialist interests, intent on ensuring control of that region. Apple, Samsung, Shell, Chevron, Firestone, DeBeers, Ford, Toyota, Mercedes, BMW, Chevrolet, Nestle, Hershey, Alcoa Aluminum, and many other foreign corporations exploit both Africa’s mineral wealth and its people. Outside of Africa, the experiences of Africans throughout Europe, Australia, Canada, the U.S., Haiti, Brazil, and elsewhere involve daily, systemic attacks on Africans’ dignity.

What then are we to do? First, we must be wary of hazards we create for ourselves. Sekou Toure warned that class struggle was a human challenge in Africa long before the Europeans invaded, and that often, the greatest enemy is the internal one. The evidence is found in many neo-colonial regimes throughout Africa and countries with large African populations. So-called African leaders make symbolic Pan-Africanist gestures, but then implement policies that serve the interests of international imperialism at the expense of the African masses. Even outside of Africa there are opportunists who claim they seek reparations for the historical abuse of Africans, but they use a scarcity model and appeal to the ignorance and fears of Africans in the U.S. by claiming Africa and Africans born outside of the U.S. do not share the oppressive history of those descended from Africans enslaved in North America and should therefore be excluded from their so-called movement.

Anyone who calls for the division of Africans works against the best interests of Africans. When the slave raiders entered Africa, they had no concerns about keeping families together. Consequently, any African whose family was touched by the slave trade is likely to have blood relatives living anywhere and everywhere from Eritrea to Ghana to Congo to Canada to Cuba to Haiti to the U.S. This irrefutable fact makes any efforts to separate Africans illogical, unscientific, and unproductive. When one considers that Africa’s enemies have worked hard to divide Africans and that Africa possesses the greatest mineral wealth on Earth, it becomes easy to understand why African people everywhere are the poorest. African division allows Africa’s enemies to maintain their dominance, and they are eager to eliminate any possible chance that Africans will embrace the concept of Pan-African unity.

Pan-Africanism realized represents African people everywhere combining our intellectual, scientific, artistic, creative, and practical skills to determine how to utilize and manage Africa’s mass mineral wealth to serve the purpose it should serve – service to the masses of African people. No African (or any justice-loving human being for that matter) can credibly oppose Pan-Africanism. But Pan-Africanism will never just fall into our laps.  We are going to have to fight for it, and that means getting organized and creating the unity we need to be free.  The A-APRP represents that. The only remaining question is how many of us are willing to demonstrate our commitment to those values?