You are here: Home / Feature Story / On Class Struggle 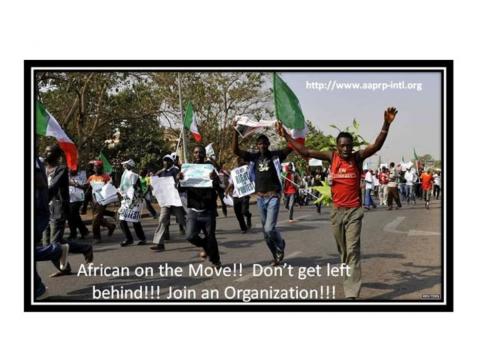 For most students, the term class struggle brings to mind the course or courses at schools that are giving them the most difficulty. Class analysis might mean how students rate a particular course and its instructor.  The term class becomes most popular at elections, when so many politicians claim they represent and will assist the needs of the middle class. Many news reports indicate that the upper class is getting wealthier and the poor are getting poorer. It is important to get a clear understanding about classes, class division, relationships between classes and class analysis. It is an issue of understanding power relationships. One must understand power relationships in order to effectively fight against oppression and for the empowerment of people.

Kwame Nkrumah, first president of Ghana and leading Pan-Africanist discusses class struggle in his book “Class Struggle in Africa”.  Class Struggle is a fundamental theme of recorded history. In every non-socialist society there are two main categories of class, the ruling class or classes, and the subject class or classes. The ruling class possesses the major instruments of economic production and distribution, and the means of establishing its political dominance, while the subject class serves the interests of the ruling class, and is politically, economically and socially dominated by it.  The moment private ownership of the means of production appears, and capitalists start exploiting workers the capitalists become a bourgeois class, the exploited workers a working class. For in the final analysis, a class is nothing more than the sum total of individuals bound together by certain interests which as a class they try to preserve and protect.

Society has been engaged in class struggle since conflicts emerged and communal society was disrupted. Feudalism, slavery (in all forms) and capitalism (in all forms) are class-based societies. Each of these systems operates where a small group dominates and controls the resources of the community. This ruling group or class dominates by physically controlling the resources and uses coercion to maintain this control. The ruling class also dominates in the realm of ideas. The majority of the population is convinced that the social order should be maintained.

Classes have a particular relationship to the means of production. During slavery we had slave owners, overseers and slaves, as well as freed men with no slaves. Each had a different relationship to the main production process, which was slavery. Slave labor was responsible for most of the work under this system.

Today, capitalism dominates.  The capitalists own the factories, farms, mines, transport systems and communication systems. They own the banks and the insurance companies, as well as entertainment industries.  They operate this private property with the primary goal of making profits for themselves. This competition among capitalists to make profits eliminates the least profitable ones. They go out of business or are bought out by the more profitable capitalists.

Under capitalism, the laws, social norms and dominant ideology allow and justify that the profits go to the owners. The biggest enterprises make the most profits. Big banks, mines, corporate farms, and multinational industries account for the bulk of profits globally. This massive amount of wealth goes to the handful of owners. The Bill Gates, Warren Buffets, Walton families, etc. It is legal, most of the time. Of course, the laws and social norms are established and maintained by institutions and people working for the interest of this handful of wealthy people.

If the work of the masses produces the profits, why shouldn’t the profits belong to the masses of people (the 100% not the 1%)? According to capitalist laws private ownership gives the 1% the right to all the profits. This will only change when we change these laws.  This requires an end to private ownership of these banks, large mines, factories, industries and services. Today capitalist ideas, norms and ideology dominate.  Therefore, most people are convinced that we must maintain private property to provide incentive for people to innovate, create, and build productive enterprise. Some say, without private ownership, people will even lose the incentive to work. We must expose this backward thinking for the lie that it is!

The transfer of ownership from the 1% to the 100% is a drastic transformation. This is what revolution is about. The 1% won’t give the 100% what they, (the 1%) now own and control. The most conscious of the 100% must organize, agitate, education and mobilize the majority of people to take control of what is rightfully theirs. After all, the profits are the result of the work of the 100%. This struggle of ownership, control and profits is the core of class struggle. To better understand this we need revolutionary political education. To better wage this struggle we need revolutionary organization. The highest form of revolutionary organization is a revolutionary political party.

There are a number of good books (see the reading list on our website for more details) that provide an insight into class definition and class struggle. Walter Rodney’s How Europe Underdeveloped Africa and Kwame Nkrumah’s Class Struggle in Africa are just two that we suggest. To learn how to better engage in revolutionary political education in a collective organized fashion visit our website www.aaprp-int.org and read about our revolutionary political education circles. For over 40 years the All-African People’s Revolutionary Party has used and refined this process to educate and train African organizers for work toward Pan-Africanism.