You are here: Home / Feature Story / Obama and the Military: Same Old Story from the Same Old System 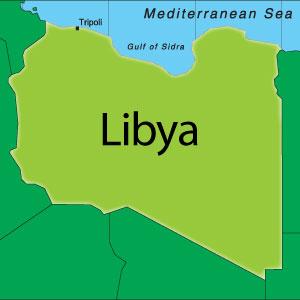 Barack Obama’s father was born in Kenya, but as we watch the U.S. President’s direct military attacks against Libya, it becomes clear that family origins have made no difference in his approach to the use of the military in Africa. Historically, U.S. presidents, in the interest of imperialism, used blunt force to impose their will on countries that they sought to exploit, and there was little reluctance to deploy troops to maintain control of these regions. However, resistance by those who were in the exploited countries as well as by workers in the U.S. forced a different approach. This is best illustrated by the mass resistance to U.S. imperialist efforts to dominate Southeast Asia – most notably Vietnam – during the 1960s. In the aftermath of that conflict, fears of mass resistance both in the U.S. and in other countries prevented deployment of U.S. troops to put down revolutionary struggles in southern Africa, Nicaragua, El Salvador and other regions. Imperialism was forced instead to rely on mercenary forces and covert operations by U.S. intelligence agencies. However, in the 1980s, then U.S. President Ronald Reagan<s/trong> initiated a gradual return to direct use of U.S. troops against Africans by dropping a bomb on the home of Moammar Qaddafi in Libya – killing his infant daughter in the process – and by invading and occupying the tiny Caribbean island state of Grenada, which at the time of the invasion was the site of a revolution in disarray. Strategically, Reagan understood that these discrete military operations of limited duration could be completed before there were opportunities for mass mobilization of resistance. In addition, there was the possibility that surgical military operations that did not result in significant loss of U.S. lives would make military intervention more palatable to U.S. workers.

In the years that followed, each succeeding U.S. president has not been reluctant to use U.S. troops to secure territory and resources for imperialism.George H.W. Bush used the military in Panama and in Iraq. Bill Clinton used the military in Africa – specifically in Somalia and Sudan. George W. Bush used troops more extensively than any of the recent presidents when he initiated wars in Iraq and Afghanistan. He was nevertheless aware that notwithstanding grudging public tolerance of these operations that he would not be able to mount sustained attacks on Africa without a large global outcry. He nevertheless needed to secure Africa’s oil and precious minerals by force. To accomplish this he created U.S. Africa Command, better known as “AFRICOM.” The creation of AFRICOM was motivated by the cynical objective of intervening in Africa militarily without using U.S. troops. It was designed to put U.S. military advisors in a position to train, guide and direct the armies of African countries in missions to protect the interests of U.S. based corporations. AFRICOM may have fooled the U.S. public, but the heads of African states (even the neo-colonial ones) understood AFRICOM’s true purpose very well, and they voiced their opposition – even to the point of denying the command a place to locate its headquarters. Liberia was the only African country to extend an invitation to AFRICOM, and that invitation was declined. AFRICOM headquarters is located in Germany. During his campaign and for the duration of his tenure as President, Barack Obama has stood firm in his contention that AFRICOM is good and necessary for the African continent, and he has done nothing to diminish its role in U.S. foreign policy. Notwithstanding the original plan for AFRICOM to remain a low‐key operation, under President Obama’s leadership it has been elevated to a high profile role in the recent war against Libya. Not only did AFRICOM emerge from the shadows, but also the U.S. openly admitted that it has CIA agents engaged in activities in Libya. This is significant because imperialism is now an odd combination of desperation and arrogance as it operates militarily without even trying to mask its disregard for public sentiment and the law. In an open letter to President Obama, the National Conference of Black Lawyers (NCBL) pointed out that the U.S. attacks on Libya were in blatant violation of not only the Constitution, but also the very United Nations resolution that the White House has relied on as justification for its military operations.

The All-African People’s Revolutionary Party understands clearly that even though President Obama is the current commander in chief of the U.S. military, it would be a serious error to suggest that the problem begins and ends with him. Capitalism and imperialism are systems that function in much the same way, regardless of who occupies the Oval Office. In 1986, former President Ronald Reagan killed Qaddafi’s daughter with a bomb. In 2011, Qaddafi’s adult son and small grandchildren were bombed while Obama was President. It’s always the same story because it is the system that must be changed – not just the President. The ability of the masses to constrain U.S. military intervention for many years had much to do with the existence of both unity of thought and unity of action. The masses were united in their belief that intervention was unacceptable, and they were equally united in their participation in large demonstrations to oppose even the slightest suggestion that U.S. troops would be sent into other countries. The power that the masses held in their hands eroded because the masses’ unity of thought was destabilized by confusion. In the aftermath of the Grenada invasion, some sectors began to believe that wars could be quick and bloodless. Other sectors began to believe capitalist lies about manufactured threats to U.S. security.

African Liberation Day is designed to not only encourage unity of thought among Africans, but it is also a medium for urging Africans to join organizations that have the type of solid ideological foundation that will prevent their members from falling prey to confusion induced by capitalist lies and propaganda. Informed organizations make possible informed coalitions for resistance. The public statement of one such coalition in Ghana is instructive for all who fight imperialism. It states in part: “We have come together as organizations and individuals to stand in support of the people of Libya, Cote d’Ivoire and all of Africa as we face an onslaught of foreign military aggression. We cannot remain silent while our people and our sovereignty are under attack. We must let all those who chose the side of exploitation know that wherever there is oppression or aggression there will be resistance – this is just one form of that resistance…Imperialist meddling in African affairs must stop. Solutions to African problems, even when they are fueled and instigated by foreign interests, must be solved internally – by Africans. The interventions in the internal affairs of African nations are attacks on our right to self-determination. We are not slaves! We are not colonies! We must and will make our own decisions and in our own interests. We must resist any effort to dictate who our leaders should be or what type of political and economic system we use.”