You are here: Home / Blog / Nkrumah on Neo-Colonialism: An “Interview” 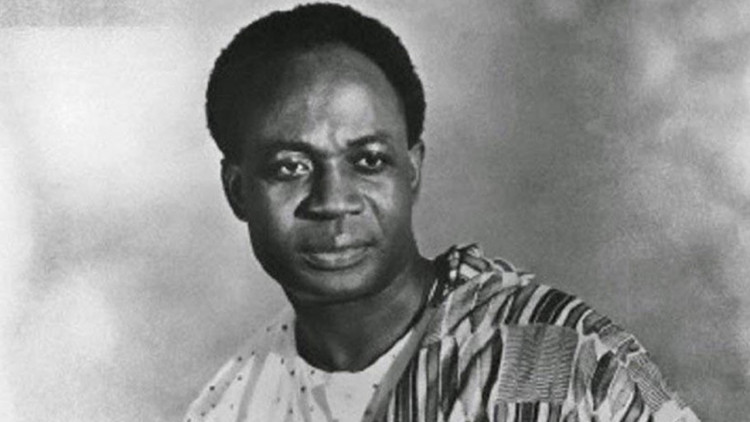 Ghana’s first President Osagyefo Kwame Nkrumah was the architect of the African revolution. His clarity of thought and analysis has been of great value to generations of African freedom fighters. As we consider neo-colonialism, it is helpful to listen to what he has to say on the subject. Nkrumah’s responses to questions in the following imaginary interview are taken from his book “Neo-Colonialism: The Last Stage of Imperialism.”

A-APRP: President Nkrumah, it is indeed an honor to speak with you. Why is neo-colonialism relevant to the struggle for African liberation?

Nkrumah: The neo-colonialism of today represents imperialism in its final and perhaps its most dangerous stage. In the past it was possible to convert a country upon which a neo-colonial regime had been imposed — Egypt in the nineteenth century is an example — into a colonial territory. Today this process is no longer feasible. Old-fashioned colonialism is by no means entirely abolished. It still constitutes an African problem, but it is everywhere on the retreat. Once a territory has become nominally independent it is no longer possible, as it was in the [19th] century, to reverse the process. Existing colonies may linger on, but no new colonies will be created. In place of colonialism as the main instrument of imperialism we have today neo-colonialism.

A-APRP: Can you briefly explain what neo-colonialism is?

Nkrumah: The essence of neo-colonialism is that the State which is subject to it is, in theory, independent and has all the outward trappings of international sovereignty. In reality its economic system and thus its political policy is directed from outside.

A-APRP: How is that done?

Nkrumah: The methods and form of this direction can take various shapes. For example, in an extreme case the troops of the imperial power may garrison the territory of the neo-colonial State and control the government of it. More often, however, neo-colonialist control is exercised through economic or monetary means. The neo-colonial State may be obliged to take the manufactured products of the imperialist power to the exclusion of competing products from elsewhere. Control over government policy in the neo-colonial State may be secured by payments towards the cost of running the State, by the provision of civil servants in positions where they can dictate policy, and by monetary control over foreign exchange through the imposition of a banking system controlled by the imperial power.

A-APRP: So, true to its name, is neo-colonialism just a new way for old colonizers to maintain exploitative relationships they once had?

Nkrumah: Where neo-colonialism exists the power exercising control is often the State which formerly ruled the territory in question, but this is not necessarily so. For example, in the case of South Vietnam the former imperial power was France, but neo-colonial control of the State has now gone to the United States. It is possible that neo-colonial control may be exercised by a consortium of financial interests which are not specifically identifiable with any particular State. The control of the Congo by great international financial concerns is a case in point.

A-APRP: What is the impact on the underdeveloped regions?

A-APRP: We have noted that one of the destructive consequences of neo-colonialism has been the militarization of Africa. For example, the U.S. created AFRICOM. What is the strategic objective of such moves?

Nkrumah: The growth of nuclear weapons has made out of date the old-fashioned balance of power which rested upon the ultimate sanction of a major war. Certainty of mutual mass destruction effectively prevents either of the great power blocs from threatening the other with the possibility of a world-wide war, and military conflict has thus become confined to ‘limited wars’. For these neo-colonialism is the breeding ground. Such wars can, of course, take place in countries which are not neo-colonialist controlled. Indeed, their object may be to establish in a small but independent country a neo-colonialist regime. The evil of neo-colonialism is that it prevents the formation of those large units which would make impossible ‘limited war’. To give one example: if Africa was united, no major power bloc would attempt to subdue it by limited war because from the very nature of limited war, what can be achieved by it is itself limited. It is, only where small States exist that it is possible, by landing a few thousand marines or by financing a mercenary force, to secure a decisive result.

A-APRP: Can we at least regard neo-colonialism as representing some measure of progress – an improvement over old-style colonialism?

Nkrumah: Neo-colonialism is also the worst form of imperialism. For those who practise it, it means power without responsibility and for those who suffer from it, it means exploitation without redress. In the days of old-fashioned colonialism, the imperial power had at least to explain and justify at home the actions it was taking abroad. In the colony those who served the ruling imperial power could at least look to its protection against any violent move by their opponents. With neo-colonialism neither is the case. Above all, neo-colonialism, like colonialism before it, postpones the facing of the social issues which will have to be faced by the fully developed sector of the world before the danger of world war can be eliminated or the problem of world poverty resolved.

A-APRP: It seems that, whether they want to admit it or not, it is even in the best interests of imperialists to end neo-colonialism. Is there any truth to that?

Nkrumah: Neo-colonialism, like colonialism, is an attempt to export the social conflicts of the capitalist countries. The temporary success of this policy can be seen in the ever widening gap between the richer and the poorer nations of the world. But the internal contradictions and conflicts of neo-colonialism make it certain that it cannot endure as a permanent world policy. How it should be brought to an end is a problem that should be studied, above all, by the developed nations of the world, because it is they who will feel the full impact of the ultimate failure. The longer it continues the more certain it is that its inevitable collapse will destroy the social system of which they have made it a foundation.

A-APRP: This is very discouraging because it doesn’t seem that imperialists will ever do the right thing. It seems like they would prefer to just allow the world to collapse. Is there a way forward?

Nkrumah: Neo-colonialism can and will be defeated.

A-APRP: Seriously? Can you explain?

Nkrumah: Thus far, all the methods of neo-colonialists have pointed in one direction, the ancient, accepted one of all minority ruling classes throughout history — divide and rule. Quite obviously, therefore, unity is the first requisite for destroying neo-colonialism. Primary and basic is the need for an all-union government on the much divided continent of Africa. With the utmost speed, neo-colonialism must be analysed in clear and simple terms for the full mass understanding by the surging organisations of the African peoples. Bolstered with ideological clarity, these organisations, closely linked with the ruling parties where liberatory forces are in power, will prove that neo-colonialism is the symptom of imperialism’s weakness and that it is defeatable. For, when all is said and done, it is the so-called little man, the bent-backed, exploited, malnourished, blood-covered fighter for independence who decides. And he invariably decides for freedom.

A-APRP: President Nkrumah, thank you so very much for sharing your wisdom, guidance and insight. 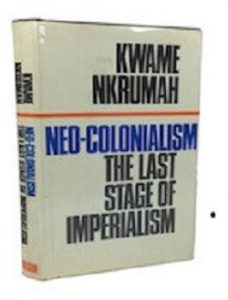