You are here: Home / Feature Story / The Paramount Necessity For Ideological Training And Mass Revolutionary Practice 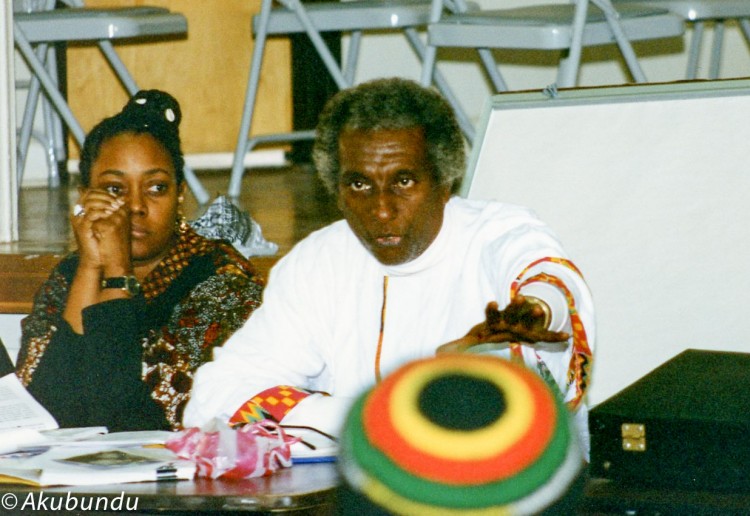 Root of our problems, are Ideological

Fully understanding this, the main task that the All-African People’s Revolutionary Party (A-APRP) has set for itself, is the ideological training of genuine, revolutionary servants of the People. Understanding that there is no limit to man or woman’s capacity to contribute to humanity, the aim of the A-APRP is to develop each of us to our fullest potential. This can only be done through ideological training, hence the necessity for the Ideological Training process of the A-APRP.

From the very outset, the A-APRP understands that the process of ideological training is a constant, permanent, life-long, process and a necessity in all revolutionary struggles and all revolutionary parties. Ideological training covers every aspect of the People’s, the Revolution’s and the Party’s life. It requires practice and perseverance, and can only be appreciated on a long term basis through the qualitative and quantitative changes in the behavior and life of the People.

Ideological training must be a continuous and permanent process if it is to achieve its goals. No change or worthwhile lesson can be drawn in the short term. Thus, the development of revolutionary consciousness, which is the primary objective of Ideological training, is a continuous process which involves constant development of theory and practice.

Ideological training is the means to realize revolutionary consciousness and thus the Revolution. It is the tool with which the People can train themselves to think and act qualitatively different, and to reshape their lives so that the old backward ideas and practices can replace them. Ideological training for the A-APRP, is the process for internalizing the theory and practice of Nkrumahism-Toureism and moving Nkrumahist-Toureism ideology forward through work and study. The necessity of ideological training is clearly explained by Ahmed Sekou Toure, the supreme strategist of the African Revolution; (in the Forward of his book entitled STRATEGY AND TACTICS OF THE REVOLUTION.)

The Paramount Necessity For Ideological Training And Mass Revolutionary Practice

We can equally affirm that without ideological training and without revolutionary action, there can be no revolutionary consciousness…..

“Revolutionary consciousness and revolutionary action or mere Revolution engender and qualify one another forming a dynamic and tense whole with risks of rupture; which when it takes place, becomes fatal to the one and the other.

“History is full of cases where revolutionary action taking the lead on progress in the development of revolutionary consciousness, and thus breaking away from its nourishing source, that is the support and adhesion of the masses, runs into an adventure; accumulates failures and ultimately leads to a result contrary to the one anticipated, the recession on all fronts of the forces of progress, the questioning of all that had already been achieved, the rejection to a remote and uncertain future of every possibility of resuming the struggle.

“On the other had, there are lots of cases where efforts have been vainly deployed to create and develop certain revolutionary consciousness in view of an action to be undertaken once all the conditions of success have been met. And in each case, all attempts to have a theory of action assimilated outside the field of action itself, be it a humble action because it is the only one possible in the conditions of the movement; have never been carried beyond the halls or clubs of discussion to change any situation whatsoever. On the contrary, they have always been lost in contemplation, in expectation of already missed opportunities, before degenerating definitely into an inactive residuim.

“But the case is quite different when ideological training completes, highlights and founds revolutionary action in the process of execution so as to make their objectives understood, and thereby, have the necessary efforts and sacrifices consented.

“No worthwhile revolutionary Party can be mistaken on this today. This effort in training is a permanent problem and the attention which is accorded to it, according to the exigencies; characterize every phase of the Revolution and its leaders.

“The work of ideological training in view of the emancipation of a whole People in conditions such as ours is of necessity a long term enterprise. The path to be followed is full of ambushes, the least of which is not the apparent slowness of the results that will crown their efforts.

“It is necessary at the onset to get secured against the risks of discouragement, by acquiring a sufficient amount of patience and perseverance, by taking account of the fact that the results of such an enterprise can only be appreciated on a long term basis, through all the qualitative changes which appear in the behavior of individuals and peoples facing their problems. In these conditions, it is certain that the expected results will only come when the action, which engenders them, continues and this is the second condition of success continuity.

“It is vain and even dangerous indeed to start a work of education and stop it soon afterwards. Besides the fact that no result will be obtained, no worthwhile lesson will be drawn from it, the future is likely to be compromised by the doubt that will get hold of the militants as regards the determination and the competence of the leaders to keep to their promise and to carry on an action that was freely undertaken and presented in the beginning as absolutely indispensable.
“This action must be carried on obstinately, without intermission, with, of course, the necessary adaptation of the methods to all the new data.”
excerpted from Ahmed Sekou Toure’s “FORWARD”, in the STRATEGY AND TACTICS OF THE REVOLUTION