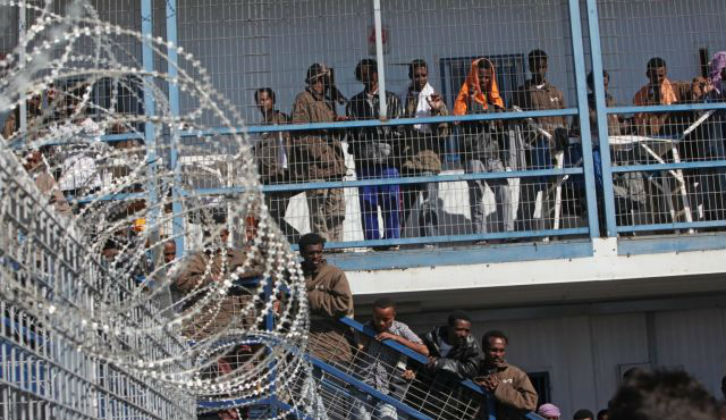 Note to readers: Zionism is a body of thought that cynically exploits religion for illegal political and economic purposes. Proponents of Zionism have used the promises in holy scriptural texts of a “promised land” for those of the Jewish faith as a basis for forced removal and genocidal acts against the indigenous population of Palestine. Notwithstanding the fact that scriptures say it is God who will establish the promised land (“Zion”), in 1948, with the assistance of British imperialism, Zionists claimed they were acting in God’s stead and they established the so-called state of “Israel” in Palestine purportedly for the refuge and protection of Jews.  So-called “Israel” is a settler colony. This means that those who control it are not indigenous to the region. In fact, Zionists have imposed relentless terror on the Palestinians, the indigenous people. Because so-called “Israel” is in a strategically important region of the world (i.e., close proximity to major sources of oil), it has been consistently protected and supported by imperialist western countries – even in the face of its clear human rights violations and crimes against humanity. The All-African People’s Revolutionary Party has declared war against the Zionist system

In the USA, Africans must once again determine which presidential candidates or parties are best suited to advance our collective interests, address our issues or pursue our needs. And once again we face the stark reality that neither the republicans nor the democrats have our interests at heart. In fact any serious analysis must conclude that both of these parties are the enemies of African people and the enemies of the oppressed and exploited people of the world.

Not only are these Parties and all their candidates our enemies but their Zionist friends in Israel are also our enemies. All candidates running in the primaries and general election, representing the major parties are Zionists. They want to lead the world’s single largest supporters, defenders and financiers of the Zionist State of Israel. These parties preside over the world’s largest most powerful settler colonial capitalist state and every candidate they put forward is settler colonialist, capitalist and Zionist – in spite of Bernie Sanders pleas for socialism.

Israel is a settler colonial Capitalist State. They went to somebody else’s land, Palestine, seized it by force, attempted genocide against the original peoples and established an imperialist state with the unconditional support of their partners the USA. Israel continues its brutal occupation till this very moment. This is the same Zionist state of Israel that supplied weapons to the racist South African apartheid regime, and that were used to kill African men, women and children. The same U.S. and Israel consistently supported the apartheid regime by voting against sanctions condemning South Africa in the United Nations.   In short you cannot support the Zionist State and work in the interest of African People in the USA or anywhere around the world. Zionism is racist settler colonialism. Settler colonialism is the enemy of African People.

Zionism is no less racist today than when it was declared so by the U.N. in 1975 https://www.aaprp-intl.org/article/zionism-racism  . For any candidate to support the racist Zionist ideology today joins the ranks of those who supported the racist apartheid system.  Hearing Hillary Clinton’s speech at the American Israel Public Affairs Committee (AIPAC) conference (Israel’s Zionist U.S. lobby group) makes one question the old saying that “even a broke clock is right twice a day.” Apparently this saying does not apply to sitting or aspiring U.S. presidents.  Hillary attacked the Palestinian Boycott, Divestment and Sanctions (BDS) Movement. She was trying to prove that she is the biggest Zionist among Zionists. Once again when Israel says “jump” all presidential candidates ask “How high?” Even the African leadership in congress is almost exclusively pro-Zionist.

The Palestinian BDS Movement calls on us to boycott Israel by refusing to buy or sell products produced by Israeli companies, as well as boycotting artists who perform in Israel. They call on universities, churches, and businesses to divest portfolios and pension funds from companies that violate Palestinian rights. They call for sanctions against Israel, denying Israel membership and participation in various diplomatic and economic forums, and thus reducing complicity in Israel’s violations of international laws. https://bdsmovement.net/bnc  The world-wide Palestinian BDS Movement is helping put the final nail in the coffin of the Zionist State of Israel.

African People have to demand that elected leaders join the BDS Movement just as Palestinians joined in our Boycott and divestiture movement against apartheid South Africa. African people and especially African youth have always been involved in the fight against Zionism; we stand with the masses of Palestinian people and their organizations. Our youth know what it means to live in occupied territories under siege by armed agents of the state, with murder on their minds. We know what it is to be shot on the street for “walking.” Our youth see the connection between Zionist participation in African oppression, like the youth of the Black Consciousness movement and Black Power movement before them. African youth continue to trade information with Palestinians through social media, and more and more Palestinians are attending rallies against police brutality.  Boycotts helped break the back of apartheid in South Africa and Jim Crow laws in the United States. Zionism this racist, vile system will join the ranks of Jim Crow and apartheid, and African people must help push it over the edge.

The BDS is an active and effective Movement. In ten years the BDS movement in Palestine has achieved what it took the Anti-Apartheid movement over 30 years to accomplish.http://www.mintpressnews.com/10-years-later-israel-under-pressure-from-successful-boycott-movement/207332/   In 2015, a year after the Zionist (racist) state of Israel bombed the Gaza strip slaughtering 2300 people, killing more than 500 children, the boycott grew cutting investments in Israel by 55 percent.

Africans have to spread the BDS Movement. We have to challenge our churches, civil organizations, schools, municipalities and all elected political leaders and traditional organizations to join the BDS Movement. All artists and athletes have to be boycotted if they perform in Zionist Israel, no exceptionshttps://electronicintifada.net/blogs/alexander-billet/will-israeli-apartheid-steal-stevie-wonders-soul.

Zionism is a racist settler occupation like the racist/classist occupations of Ireland, the Americas, the South Sea Islands, and Western Sahara (Polisario).  Zionism is a racist/classist ideological expression like apartheid, manifest destiny, and all manner of supremacist ideas. These occupations led by the U.S. settler colony are the backbone of imperialism. They are the common enemies of Africans, Palestinians, and indigenous people’s around the world.

THE STRUGGLE CONTINUES!    VICTORY IS CERTAIN!

For information on Zionism:

•Zionism is the Enemy of All African People… https://www.aaprp-intl.org/pdfs/ALD15Tabloid.pdf

•   Miko Peled, an anti-Zionist Jew, and son of a general in the Israeli army explains why he’s come to reject Zionism in favor of a democratic, secular single state, and why the world is silent on Israeli crimes in Palestine