You are here: Home / Feature Story / Imperialist Sanctions on Zimbabwe, Cuba and Venezuela are Acts of War: Africans Everywhere Must Fight! 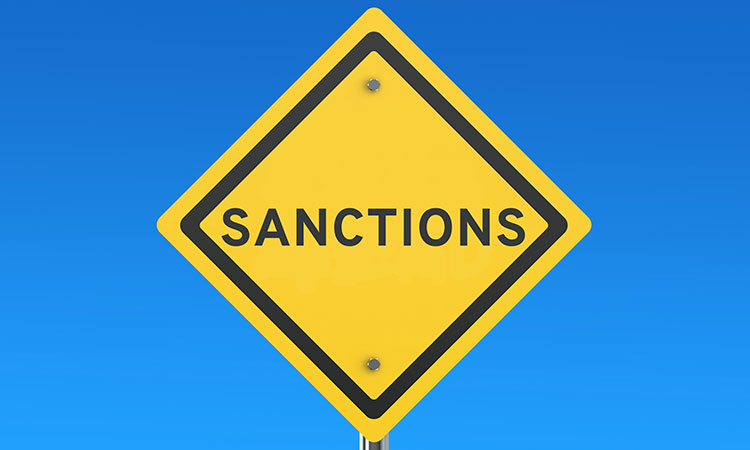 Imperialist Sanctions on Zimbabwe, Cuba and Venezuela
are Acts of War: Africans Everywhere Must Fight!

This year has reminded us that in more ways than we can count, Africans born and living in countries all over the world endure oppressive conditions that cause widespread poverty, illness and death. Africans need a remedy, and they need it now. The All-African People’s Revolutionary Party (A-APRP) has been steadfast in its assertion that the solution to so many of our problems can be found in Pan-Africanism: the total liberation and unification of Africa under scientific socialism. In fact, the Party devotes all its resources and energy to achieving that objective.

The utility and relevance of Pan-Africanism may not be immediately apparent, but its value can be seen in its potential to address our most pressing problems. In the middle of a pandemic it is clear even to those who are not fully informed that there is a need in African communities for medical assistance, doctors, hospitals, testing and treatment. The need exists because too many of the countries where Africans live have health care systems dominated by interests committed to making profits rather than saving lives. They get away with it because governments choose to organize their economies using a capitalist model. In other words, a capitalist system allows an elite few to own and control resources that should be controlled by the broad masses of people in the society. Access to medicine and medical care is a human right that a privileged elite should not be able to dominate and exploit for their personal benefit. Yet, capitalism not only allows such conduct, it also celebrates it.

…a capitalist system allows an elite few to own and control resources that should be controlled by the broad masses of people in the society. Access to medicine and medical care is a human right that a privileged elite should not be able to dominate and exploit for their personal benefit. Yet, capitalism not only allows such conduct, it also celebrates it.

Socialism places medicine and medical care under the control of the people. That is why it is an essential element of Pan-Africanism. Those who are unconvinced need only look at socialist Cuba. Not only are the medical needs of that country’s people met free of charge, Cuba sends large brigades of doctors and other medical professionals to many countries in need of health care. In fact, Cuba has sent more doctors to Africa than any country in the world. It even offered medical help to the United States after Hurricane Katrina.

The U.S. rejected the Cuban offer of medical assistance and urges other countries to reject such offers during the current Covid-19 crisis because there is a “dialectical” relationship between capitalism and socialism. That basically means that the two systems cannot co-exist in the same place at the same time. One must dominate the other. The medical successes of socialist Cuba serve only to highlight the abject medical failures of capitalism in the U.S. Consequently, the U.S. does everything in its power to suppress or destroy anything that will demonstrate the value of socialism.

Capitalism’s war against socialism is not limited to Cuba. Venezuela too has pursued socialism, and from the perspective of the U.S., it sets a bad example. Oil production is a major industry in Venezuela and the U.S. frowned when Venezuela not only made gasoline available to its people for very low prices, but also offered to share its oil resources with low-income residents of the U.S. by providing free heating oil. The country of Zimbabwe is yet another country that triggered capitalist rage when it engaged in the socialist practice of reclaiming land from foreign settlers and making it available to the people of Zimbabwe. To punish these countries, capitalist countries that practice imperialism have attempted to strangle them economically with sanctions, trade embargoes and other forms of commercial isolation. These are acts of war, and this year we highlight them during African Liberation Day.

Venezuela and Cuba are not African countries, but they are very much a part of the struggle for African liberation. For Cuba this is true not only because of the medical assistance it provides to Africa and decisive military assistance it provided to African liberation forces, but also because, like Venezuela, it struggles for socialism within its own borders. While you may have heard the term “third world” used to describe underdeveloped countries, Kwame Nkrumah argued there are only two worlds– a capitalist world and a socialist world. They are at war with each other fighting for global dominance. Cuba and Venezuela are part of the socialist world and the fact that they fight for socialism within their own borders places them squarely on the side of Africans who fight for socialism in Africa.

While you may have heard the term “third world” used to describe underdeveloped countries, Kwame Nkrumah argued there are only two worlds– a capitalist world and a socialist world. They are at war with each other fighting for global dominance.

Pan-Africanism requires Africa’s unity to ensure its invulnerability to divide and conquer strategies. Unity is also needed to transform a collection of small countries into a single superpower. We fight for this because if a little country like Cuba is able to provide vital assistance internationally, imagine the potential of a liberated, united, socialist Africa. The death rates of Africans in the U.S. during the Covid-19 crisis have outpaced those of every other group. Imagine if a united socialist Africa were to follow Cuba’s example and could satisfy the health care needs of African communities in the U.S. during this and other crises.

1969 Lonnie McLucas was a Black Panther Party member in Bridgeport, Connecticut who was found guilty of the May 21, 1969 murder of New York Panther Alex Rackley, in the first of the New Haven Black Panther trials in 1970.