You are here: Home / Feature Story / Hands Up Don’t Shoot: Pan-Africanism is the Only Solution 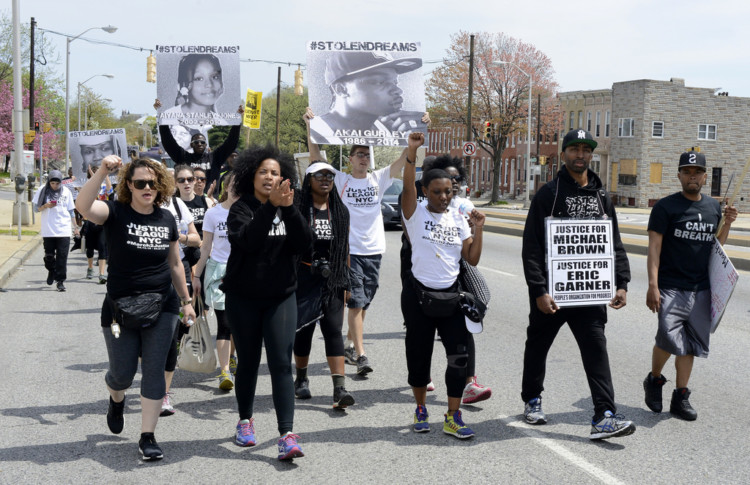 “Police Violence against unarmed African people is as American and capitalist as is genocide, apple pie, slavery, and theft.”

Over the last few years, we have been inundated with the murder of our people as we were left in the street to rot (Mike Brown), we have been killed in jails (Sandra Bland), choked out on the streets (Eric Garner) and much more.  As African people we responded as we respond normally, through marches and protests demanding our rights in a system which is predicated on the exploitation and repression of humanity in general and African people in particular.  We have mobilized thousands upon thousands of people in the streets to demand our oppressors for a reprieve of the police killings.  (This is not to discredit the sisters and brothers who are participating in these marches or these protests but it is to bring to light the fact that our response to injustice is often to ask our very oppressor for justice, which is contrary to the logic used by people who understand war is being waged against them.)  To bring this point home recently yet another “police murder” has been deemed justified in the Tamir Rice case in Ohio.  Rice a 12-year-old young African child was killed in the park within 2 minutes of the police arriving and we believe that the very system the police protect will somehow grow a conscious and try his killers. This idea is not only laughable but absolutely a false narrative that is created by capitalist ideology in order to prevent the oppressed masses from moving from emotional mobilization for reform towards conscious organizing for revolutionary change of the social-economic foundation of the society.  An ideology of the society is often invisible and is constructed by the ruling class, in this case the capitalists-hence capitalist ideology.  An ideology is very important because it will guide our work. Capitalist ideology makes us believe that we all have a right to the American Dream and the fundamental issue is that people need to take personal responsibility for their individual actions. If this is not true, why are we calling on individual officers and mayors to be terminated or to resign instead of charging the entire global capitalist system? 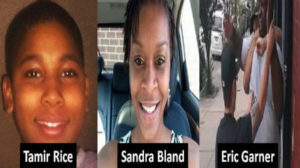 At the end of the day we need people who are mobilizing in the street to be able to mobilize in the streets as part of a process working for a larger, long term objective which will transform our fundamental conditions in Africa, America and wherever our people are living in the world.  That objective needs to be Pan-Africanism!!!!!!  We believe that until Africa is free and liberated and her people control our resources we will forever be protesting about the murder of our people.  In the history of our protracted struggle how many victories have been won by asking our oppressor for freedom?  We must be fighting to achieve Pan-Africanism-the total liberation and unification of Africa under Scientific Socialism.  We must not only organize protests but we must join and organize with permanentpolitical parties and organizations that are guided by an objective that is tied to Pan-Africanism and has a revolutionary African ideology.  Our revolutionary African ideology will seek to transform our behavior from that of an individualist approach to a collective approach.Our revolutionary African ideology will ensure that we can consciously construct the society that we want to build.

We must also be in an organization that is concretely connected to achieving Pan-Africanism.  We can make a more effective impact within the protest movement in the African diaspora when it is connected to policies and conditions of our masses on the continent and vice versa.  For example, in the 1930s while African communities were fighting for social justice in various parts of America, some activists at the same time organized active support for Ethiopia against the imperialist invasion attempts by Italy.  The support Ethiopia received helped them to defeat the invasion and at the same time made the national justice movement in America more potent in its own right. In the 1960s Algeria gave political refuge to Africans from the Black Panther Party who were fleeing political terrorism in the United States.

Do we really think that if we had an “All-African People’s Revolutionary Army” that could cross the waters in a day and protect our people in the Americas that our people would be getting shot in the street?  Do we think that if Africa controlled her resources we would be living in conditions that are less than humane?  Do we think that if we controlled our resources (gold, cocoa, diamonds, land, human resources, etc) we would have foreign governments determining the fate of our people?  Would we have to beg the international finance organizations for loans to import Chickens from the USA? This is the case in Ghana, whose government in 2012 imported 23 million chickens which virtually destroyed the local chicken industry, using money borrowed from international financial organizations.  Do we think that if Africa was unified and free our children would be shot in the park and their killers be rewarded for their great work?  A people who do not control their resources are always going to be at the mercy of their enemy and oppressor!!  If you don’t believe us perhaps you should wait around and see how many Chinese are being shot in the street outside of China and then compare that to how many Africans are being killed!!