You are here: Home / Feature Story / Free the Touré Couple 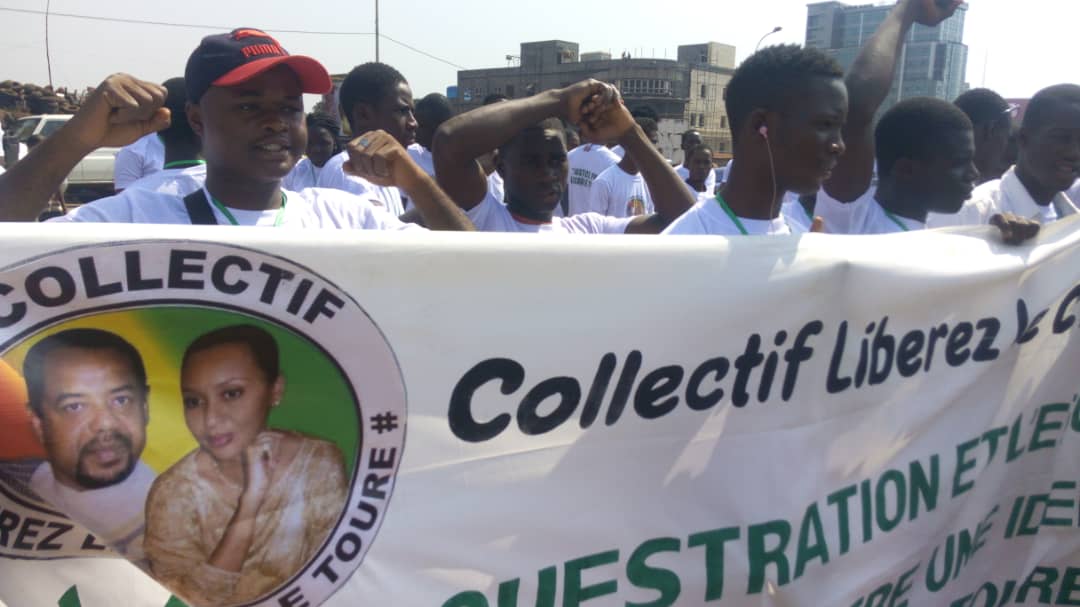 January 9 is the birth anniversary of Ahmed Seku Ture, the founding president of Guinea and one of Africa’s greatest sons. Seku Ture was a forceful voice for a unified, liberated, socialist Africa and he fought and built for this cause until his last day. His legacy, through his own work and that of his political party, the Democratic Party of Guinea (PDG), includes: a sovereign and independent Republic of Guinea; a model for African unification in the Ghana-Guinea-Mali Union; a prolific collection of written works; a national airline and railroad; many industries and factories; a liberated space to train and supply Africa’s liberation movements;  a refuge and home for Kwame Nkrumah, following the coup d’etat in Ghana; a base for the founding of the All-African People’s Revolutionary Party (A-APRP). For his faithful, uncompromising commitment to the liberation and unification of Africa, Seku Ture was hated and vilified by imperialist forces and their African collaborators. After decades of attempts to smear and slander his life, work, ideas and memory, the youth of Guinea are proving that Seku Ture is more alive than ever! Activists of a youth movement called Sekoutoureisme are planning the first annual observance of Seku Ture Day on January 9 as a way to help Guineans reconcile with their own history, triggering their revolutionary memory and restoring President Ture to his proper stature as a Pan-Africanist patriot and hero.

Ironically, the name of Seku Ture continues to be dragged through imperialist mud by way of the persecution of Mohamed and Denise Touré, Seku Ture’s son and daughter-in-law. The Tourés have been accused of forced labor, harboring an alien and conspiracy in the state of Texas in the United States. The Tourés completely deny the charges and have pictures, videos, and written statements from people who visited and/or stayed with them to support their innocence.

The case centers on a young Guinean woman, who came to live with the Tourés when she was around 14 years old. In 2000, a close family friend asked the Tourés to allow their daughter to come to the U.S., where they maintained a domicile, although they are both Guinean citizens. The girl’s parents believed that she would have an opportunity for a better life. The Tourés agreed to take her in and for 16 years they cared for her and treated/raised her as part of their family. She grew up alongside their five children, participating in family outings and activities.

Unfortunately, not possessing pertinent legal papers which were withheld by the young woman’s father, the Tourés were never able to register their “niece” into any school district. Early on, the young woman’s father had begun to advocate for his daughter’s return to Guinea so that she could marry. The Tourés resisted, knowing that a forced marriage was not in her best interest. While she did not attend school, the young woman studied English and French with Mrs. Touré, becoming proficient as a reader, writer and speaker of both languages. Mrs. Touré also taught the young woman hair-braiding as a skill for livelihood.

In 2016, the Tourés began to seek travel documents for the young woman (now around age 30) to facilitate her stated desire to return to Guinea.  However, the young woman abruptly left the house in August of that year and the Tourés, in spite of attempts to locate her, never saw her again. Imagine their shock, when nearly two years later the FBI barged into their house, handcuffed and arrested Denise Cros-Touré and Mohamed Touré. After being held for three days in a Texas detention facility, the Tourés were released and placed under house arrest to await indictment and then trial which is scheduled to begin on 4 January.

The A-APRP stands firmly against all forms of exploitation, and especially against African women. We are, however, under no illusion about the lengths that life under capitalism will drive a person to, when they are enticed by material benefits. Nor do we have any illusions that the U.S. legal system is equipped to dispense justice. Our view is amplified by the fact that the U.S. sent an investigator to Guinea, under cloak, not registering with Guinean authorities as is legally required. The U.S. emissary entered Guinea to question the young woman’s family without following a rogatory process to request assistance from the Minister of Justice. The President of Guinea has responded and promises an investigation. We encourage the Guinean government to actively pursue the perpetrators of these illegal, underhanded activities and to insist that all charges against the Touré couple be dropped.

Mohamed Touré, who is currently the Secretary General of the Democratic Party of Guinea (PDG-RDA), lives in Guinea for the majority of time and we look forward to him returning to Guinea and to the business of the PDG-RDA and its historical mission to build an independent, revolutionary people’s democracy in the Republic of Guinea and the liberation and continental unification of Africa under a socialist government. The PDG-RDA has planned and implemented a series of actions to bring attention to their plight and demonstrate their complete confidence in the innocence of Denise Cros-Touré and Mohamed Touré.  The A-APRP stands with the PDG-RDA and the Touré couple with hope and determination for the most favorable outcome–exoneration on all charges and immediate release from house arrest. 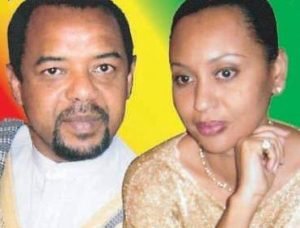