You are here: Home / Feature Story / Electoral Politics Does Not Represent “Power To The People” 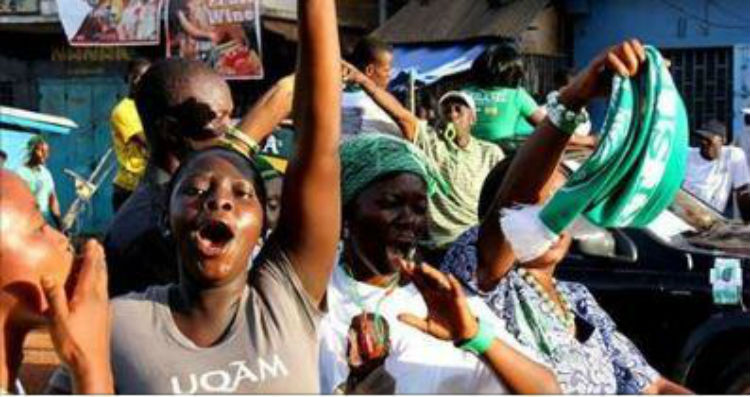 CAPITALIST ELECTIONS, POLITICS AND THE FAÇADE OF DEMOCRACY

Whether in Africa, the Caribbean Islands or North/South America, the African Masses every four or five years are presented with any number of political “choices” in the form of political party candidates in local and/or national elections. All of these politicians and their parties promise the same thing: to create employment, increase educational opportunities, reduce poverty, eliminate corruption and ensure social-economic development. For ONE day the people are supposedly “empowered” to determine their destiny by electing their national and local government leadership.  After Election Day, the people are told to return to their “regular” lives and allow the ones they elected to do the job of solving all of the people’s problems.   Most of these elections in capitalist countries (capitalist countries are those where a small minority owns and controls the wealth and political institutions) are heavily slanted towards the parties/candidates with the most money to promote themselves.  Alternative parties are systematically silenced from the conversation. Further, when looked at closely none of the “mainstream” political parties are actually committed to social, economic or political processes designed to truly empower the African masses to take full control of and chart our own collective destinies. These parties all have the same interests from a class and ideological point of view – to extract maximum profit and maintain total control of the people.

Nearly without exception, all of the supposed “choices” present the same solutions. This is true whether looking at the PDP and APC in Nigeria, the NDC and NPP in Ghana or the Democratic and Republican Parties of the U.S. None of them are truly committed to the process which will actually ensure “power to the people”.  That process is the revolutionary abolishment of the capitalist system and the replacement of that capitalist system with a scientific socialist social-economic system.  There can be no SOCIAL justice without POLITICAL and ECONOMIC justice.  True justice can only come through revolutionary change.  All of these aspects can only come into being with the creation and development a People’s Democracy.

Some may ask the question, how is a People’s Democracy even practical?  You cannot have millions of people sitting each day in the National Parliament or Congress or into City Hall buildings.  While nothing is perfect and all institutions and processes must be constantly critiqued and improved to ensure and bring about higher and higher levels of democratic control, productivity and efficiency in carrying out its goals, there are several fundamental principles which must serve as a foundation for a true people’s democracy:

For example, in Revolutionary Guinea-Conakry during the years led by the Democratic Party of Guinea-African Democratic Rally (PDG-RDA) and Pres. Ahmed Seku Ture, they sought to build and organize the society where the structures of the political party (PDG-RDA) and the National/Regional/Local Governments were all one and the same.  Within every section of the country, whether large cities or the smallest village, they had PRLs (Pouvoir Révolutionnaire Local/Local Revolutionary Authority or Power).  These local units were responsible for the political and economic administration, defense and social development of the local community.  At the same time, they had organic links with and control over the political representatives which were connected to the district, region and national structures of the PDG-RDA which was the ruling party of Guinea-Conakry.  This gave greater day-to-day control to the people.  Under the Libyan Jamahiriya and Revolutionary Cuba, similar methods of People’s Democracy were defined.  These are all models which must be studied, understood and further improved upon by all African people who believe in TRUE democracy and People’s Power.

We understand that at the same time, the forces of evil and exploitation will always seek to divide so as to rule over the people.  Thus the concept of People’s Democracy can best be made permanent and indestructible when implemented on a Pan-African scale.  In other words People’s Democracy and Pan-Africanism must be part of the one and the same revolutionary fight.  In this manner individual African states cannot be isolated and attacked by imperialist forces who seek to destabilize, control and exploit.  Democracy, like Freedom, cannot be given to the people. It must be seized by the people, based on their own ingenuity, solidarity and organization.  The most fundamental part of this is the development of a mass revolutionary democratic political party which is not restricted to the existing colonial boundaries but spans the African world.  One such party is the All-African People’s Revolutionary Party (A-APRP).  The A-APRP is working to organize our people throughout the world and ask that you help us by joining or supporting our party today!