You are here: Home / Feature Story / The Cuban Five are Free! 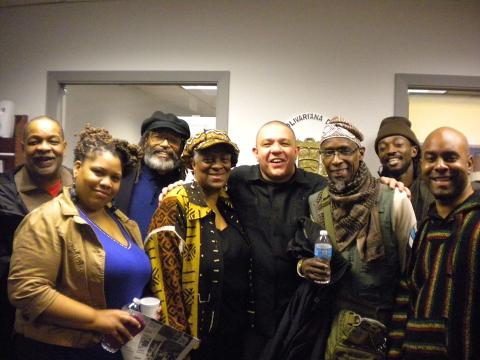 The Cuban Five are Free!!!

New! Videos of celebrations in Guinea-Bissau for the liberation of the Five Cuban Anti-terrorist Heroes

All African People’s Revolutionary Party’s Solidarity Message on January 1 the Anniversary of the Cuban Revolution.

The All-African People’s Revolutionary Party (AAPRP) shares the great joy with the Cuban people as they welcome home the last three of the five anti-terrorist heroes. All five are home with their families after a sixteen year ordeal.

The Cuban Five like the Cuban people’s internationalist solidarity is a model for all humanity. We thank you, our brothers Gerardo Hernández, Antonio Guerrero, Ramón Labañino, Fernando González, and René González for your courage and example. The Cuban revolution is part of the African Revolution in word and deed. We thank the Cuban people for their global solidarity. Many Cubans trace their lineage directly to Angola where three of the Cuban 5 fought alongside their Angolan comrades against invading racist Apartheid South African troops. You the Cuban 5 carry on the internationalist legacy of Che’ Guevara.

The A-APRP knows, like the African Revolution, everywhere Cuba has faced the terrorist actions of its Settler-Colonial neighbors, the United States even before the socialist revolution of 1959. The United States undermined the struggle for self-determination stepping in after the defeat of the Spanish as the Neo-colonial oppressor. The US has continued for decades after the Cuban Revolution of 1959 to terrorize the island alongside exiled Cuban gangs in Florida. The terrorist bombings of Cuban tourist spots in the 90’s is what led to your heroic mission.

The great Afro-Cuban General  Antonio Maceo symbolizes the fight that links forever the struggle of African peoples to the liberation of Cuba. Maceo’s uncompromising spirit refused to accept peace with the Spanish without the liberation of the enslaved Africans sets the tone for us today. While we are grateful for the release of our brothers; the AAPRP will not rest until the illegal 54 year blockade ends, the US leaves Guantanamo and all provocations toward Cuba ceases.

As Cuba, and the larger International Socialist Movement, commemorates the 56th Anniversary of the Cuban People’s abolishment of the fascist Batista regime on 1st January, we call for the continued organized push to liberate the entire world forever from capitalist and imperialist oppression.