You are here: Home / Cuba / COVID-19 Pandemic and Intensification of the Global Class Struggle 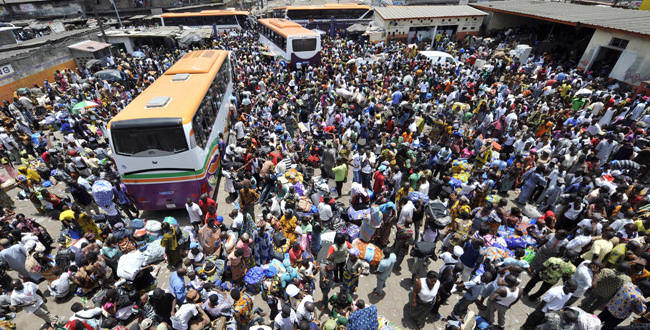 The current COVID-19 pandemic, which has touched every corner of the world in a short time since the start of December 2019, has brought front and center several truths. First every section of society can and has been impacted by the pandemic. Second, we all must take collective ownership of stopping and overcoming the crisis prioritizing the preservation of human lives above all else. This should start with mass education and organization. Third is that the global class struggle between the haves and have nots, the oppressor and the oppressed, the minority capitalist class and the workers/peasants is at its most critical point since the beginning of classes and class struggle thousands of years ago. From the people’s perspective, this pandemic should be used as an opportunity to intensify the fight to abolish Capitalism/Imperialism.

As the COVID-19 pandemic has intensified, one of the primary directives from institutions such as the World Health Organization (WHO) is the concept of Social Distancing. The implementation of Social Distancing on a mass level requires, among other things, temporarily shutting down many services and job functions which are deemed non-essential. Amongst some of the non-essential industries include a small portion of workers “afforded” the ability to work from home in order to avoid social contact that could help proliferate the virus. This category of workers does not represent the majority even in major industrialized nations. In Africa, the percentage of people who fall into this category is significantly lower.

In large areas of Africa, many of the people employed in the formal economy still are found within the area of agriculture. Agricultural workers in some states in Africa represent as much as 65% of the working population. Agricultural work in Africa is to a significant extent non mechanized and requires in some cases collective labor working in close proximity. In the service industry whether construction workers, market workers, janitorial staff, restaurant employees, etc. most overwhelmingly use public transport, which operators overcrowd as the norm to maximize revenue. Due to lack of access or limited access to broadband internet, personal computers and to a degree stable electricity, online schooling is not an option generally available to the majority. Mine workers throughout Africa working in areas already having issues with air quality and ventilation in the workplace, will be further compromised. While many of these realities would exist regardless of the economic system in place, under capitalism, there is no organized thought process which seeks to ensure the public health and the social-economic security of the masses in the society.

In the service industry whether construction workers, market workers, janitorial staff, restaurant employees, etc. most overwhelmingly use public transport, which operators overcrowd as the norm to maximize revenue.

One of the many evils of the capitalist system is the priority of private profit over human concern and value. Many people are stuck between – risking their physical health/lives by hustling to make ends meet financially, or risking the loss of food security, housing and the like by social distancing. This conflict is due to the absence of, for example, nationalized housing (which could guarantee shelter for the entire population), food and utility subsidies which in a revolutionary society could be implemented/extended in times of crises by default. In some cases, workers are not even allowed to make the choice between the two options as massive layoffs have already started with scores of workers throughout Europe and North America having been put out of work.

In a capitalist, free market economy largely dominated by private enterprise, capitalists have little to no legal responsibility for the social-economic well-being of those they employ, much less for those they don’t. The Capitalist class, the ones who own and control the primary means of production, distribution and exchange, ultimately control the actions of national governments and international agencies to ensure that the laws of the society cater exclusively to their selfish interests. As a result, the sole objective of most of the current world governments are to facilitate, expand and ensure individual profit, whose benefits are divorced from the workers that make the profits possible. These are some of the core ideological and philosophical PRINCIPLES of Capitalism. Thus recent comments from politicians in the U.S (elected by the people) referring to the need for number of older people to die in order to allow the economy to get back on track, should not be surprising! Even in terms of a prospective vaccine or cure, the capitalist drive for maximum profit will likely result in blocking mass access to free or low cost solutions from Cuba and the pricing out of people who will not be able to afford the free market solution due to lack of insurance coverage and/or economic means.

Forced austerity measures imposed on African countries by imperialist supporting International Financial Institutions like the World Bank and International Monetary Fund have created an even greater risk to the lives of African people. The said measures implemented over the last 30-35 years have progressively privatized state assets and placed them into the hands of both local and foreign private interests that have no allegiance to the masses from either a nationalist or class perspective. Further, these austerity measures have forced the reduction and elimination of social services in Africa that could now be used to help reduce the anxiety and suffering of the population during the current pandemic.

the sole objective of most of the current world governments are to facilitate, expand and ensure individual profit, whose benefits are divorced from the workers that make the profits possible. These are some of the core ideological and philosophical PRINCIPLES of Capitalism.

In Venezuela, its Socialist government announced critical actions designed to provide social-economic relief and security to the masses during the pandemic. These actions were led by the courageous United Socialist Party of Venezuela (PSUV) despite having to fight foreign sanctions (including newly announced charges against elected leader Nicolas Maduro and other officials by the U.S. Government).

Revolutionary Cuba led by the Communist Party of Cuba (PCC) has been on the frontline of fighting the virus both at home in Cuba and internationally. From developing and distributing an anti-viral treatment for the COVID-19 virus (Interferon Alpha 2b) to China, that has already been given to thousands of people, to deploying hundreds of humanitarian doctors and medical experts to countries throughout the world, just as they did for Africa during the Ebola outbreak years ago.

In the People’s Republic of China (PRC), through the leadership of the Communist Party of China (CPC), the country has successfully reached the level of zero new COVID-19 cases. They showed the superiority of mass organizing and mobilization, using the Youth Wing of the Communist Party of China (CPC). In early January Xi Jinping went to Wuhan in the “name of the C.C. of the CPC to encourage volunteers and patriotic health workers.” The youth went to the supermarkets for the People, who stayed at home and shopped via Internet. They went from house to house to give free diagnosis to the 11 million People who live in Wuhan and made sure everyone had access to medicine, food and transport. They constantly disinfected the entire community repeatedly. In addition to the thousands of hospitals and health clinics that already existed since the Triumph of the Socialist Revolution in 1949, they built two (2) new 1,000 bed hospitals in record time (9 days each – showing the razor sharp construction skills they have acquired) and each bed in its own room equipped with the latest medical equipment to monitor their health. The staff was very humanistic, giving psychological support, not only talking, but exercises and meditation. Further, in recent weeks, the PRC have sent medical missions along with medical equipment to different areas of the world, including Africa.

The People’s Democratic Republic of Korea (PDRK) has done similar actions and is containing the virus. They don’t have as much resources as PRC, but they put the People / workers first. Russia, (in spite of its traitors) is also doing similar to China. They are containing it while sending health workers to other countries with equipment. They sent a caravan of trucks and planes to Italy.

These policy decisions, scientific discoveries and humanitarian actions by nations like Venezuela, China, PDRK and Cuba are driven by their revolutionary socialist principles and values which place the well being of human society over the personal profit motive of a small elite. For us, Communist Party of China (CPC), Communist Party of Cuba (PCC), PSUV of Venezuela; the Worker’s Party of the People’s Democratic Republic of Korea (PDRK) and Russia are the real heroes. The class war that the A-APRP and many other revolutionaries are waging is to essentially create and develop a world where this level of humanism is the rule and not the exception.

In addition to the thousands of hospitals and health clinics that already existed since the Triumph of the Socialist Revolution in 1949, they built two (2) new 1,000 bed hospitals in record time (9 days each – showing the razor sharp construction skills they have acquired) and each bed in its own room equipped with the latest medical equipment to monitor their health. The staff was very humanistic, giving psychological support, not only talking, but exercises and meditation.

No Compromise in the Revolutionary Struggle

Revolutionary forces must as most times, fight on multiple fronts, never just one. Our immediate collective task must be to assist in raising the awareness of the people to implement the most scientific and logical solutions to wipe out the threat that is common to ALL of humanity, and that is COVID-19. This may require a temporary change in strategies and tactics in our political activities. The A-APRP in its part, has cancelled and postponed several public events and activities with the people’s safety in mind. At the same time, we must stay alert and not allow the enemy of the world’s suffering masses, to in any way use this pandemic to successfully advance anti-people’s legislation or policies of any kind. Financial bailouts designed to steal the people’s resources and hand them to capitalist corporations for the further impoverishment of the people must be fought against uncompromisingly. Expansion of the Police-Military Complex and imposition of restrictions against our right to protest, organize, strike, etc. must be fought against and eliminated totally. Organized actions must be non-stop to expose and derail anti-people’s decisions being pushed forward by reactionary regimes under the cloak of “fighting the virus” potentially being attempted in the state houses and national parliaments.

The Land struggle to reverse the immoral incursion by private interests of our forest areas and other parts of the ecosystem must continue without pause. A Revolutionary Pan-African government should enable and ensure our land is utilized by the patriotic scientific community of our continent to facilitate the discovery and subsequent mass production and distribution of remedies to proactively resolve the health challenges of the African masses at home and abroad as well as greater humanity.

For our part, the All-African People’s Revolutionary Party (A-APRP) will stand with all revolutionary socialist and pro people’s forces on the front line against both COVID-19 and the human agents of destruction and exploitation. READY FOR THE REVOLUTION