You are here: Home / Current Events / May 25th – Commemorate the “Liberation” in African Liberation Day (ALD) 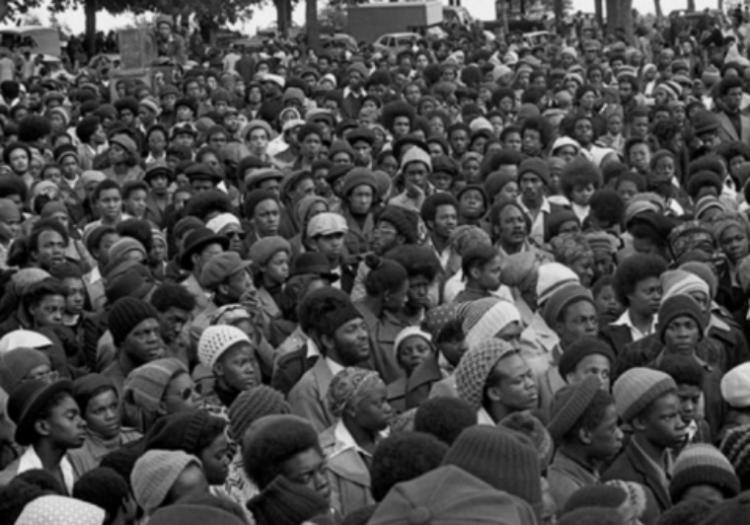 African Liberation Day in the UK in the 1970s

This Story In Summary

“On this continent, it has not taken us long to discover that the struggle against colonialism does not end with the attainment of national independence. Independence is only the prelude to a new and more involved struggle for the right to conduct our own economic and social affairs; to construct our society according to our aspirations, unhampered by crushing and humiliating neo-colonialist controls and interference.”  Kwame Nkrumah (Read Entire 1963 OAU Speech)

The All-African People’s Revolutionary Party (A-APRP) believes Africa Day, suggest African Unity without liberation. In other words, only the unity of individual nation states. On African Liberation Day the A-APRP calls for the Pan-African revolution: the total liberation and unification of Africa under Scientific Socialism; a unity of African people free from neo-colonialist (internal African leaders who cooperate with foreign economic interest) and freedom from all social-economic oppression (nation/class/gender) and foreign imperialist domination.

African Liberation Day commemorates our people’s mass struggle toward their total emancipation and self-determination. ALD acknowledges the blood, sweat and tears sacrificed by our ancestors and being sacrificed daily by our people for progress toward liberation; a liberation we have not achieved. On May 25 at ALD we commemorate revolutionaries,  anti-colonial freedom fighters and  our people’s victories  in battle against imperialism in Algeria, Kenya,  Angola, Guinea Bissau, Mozambique , Azania/South Africa , and  all forms of popular resistance of African peoples globally. ALD commemorates our fight, an ongoing process to defeat all forces internal and external against our liberation. More importantly it reflects our collective mass struggle. ALD commemorates our pan-African struggle. Not one nation state in Africa was liberated without pan-African support. The Pan-Africanist Congress of Azania (PAC),African National Congress (ANC) and Azanian Peoples Organization (AZAPO) fighters in Azania /South Africa perhaps the longest anti-colonial struggle in Africa exemplifies this. In their over 30 years of armed struggle they received  support of African neighbors on the borders(Angola, Mozambique, Zimbabwe) across the continent (Ghana, Guinea, Egypt, Libya, Tanzania) and across the globe (Cuba, Guyana, Jamaica) as well as support from the Organization of African Unity Support Committee.

African Liberation Day (ALD) is not Africa Day. ALD cannot be reduced to commemorating the founding of the Organization of African Unity on May 25, 1963. Liberation is explicit, it implies sovereignty, control of your land, resources and political direction and the organization of the people’s power  to defend this sovereignty. A flag and a president does not make you sovereign.  Sovereignty cannot exist when AFRICOM and U.S., French, British, and other NATO foreign military and drone bases litter your territories. African Liberation cannot exist with African women and children facing war, patriarchal violence, rape, displacement  and separation from their land.

Liberation cannot be said to exist in Africa, with her vast amounts of agricultural and mineral wealth, when feeding Africa’s poor depends on foreign NGOs, IMF loans and foreign aid. Liberation cannot exist for the masses of Africans when neocolonialists allow the export of food sources to the rich nationswhile her children go hungry.

African Liberation Day evolved from Africa Freedom Day, which was established April 15, 1958 when Kwame Nkrumah called for the first meeting of African states in Accra Ghana.  This gathering of eight countries (Egypt, Ethiopia, Ghana, Liberia, Libya, Morocco, Sudan, and Tunisia) declared their independence was tied to the freedom of the whole of Africa. Freedom for them meant complete decolonization. Ghana became the base for the African Freedom struggle hosting the first All African People’s Conference later that year, which was the first Pan-African conference held on African soil.

African Liberation Day began May 25, 1963 at the first meeting of the Organization of African Unity (OAU) replacing Africa Freedom Day. There were then 32 nation/states free from colonialism. The continent had not achieved  complete decolonization. African Liberation Day was commemorated every year as we fought for our liberation from colonization in Africa and the African Diaspora. African Liberation Day was held by progressive and revolutionary organizations in countries around the world. In the 50’s Algeria was the first full scale armed liberation struggle against the French. The rest of the French colonies gained independence through mass resistance movements leading to negotiated French withdrawal. Guinea Conakry under Sekou Toure being the only nation to sever all ties with France; no French bases and no French economic community. The British also opted for more negotiated decolonization processes in most territories it occupied in Africa after the armed resistance in Kenya. The establishment of the OAU represented a compromise between the forces of true revolutionary Pan-Africanism on one side and the forces of neo-colonialism and narrow-nationalism on the other. The Casablanca group in the OAU led the fight for one unified African government (Ghana, Guinea, Egypt, and Mali) and those governments that preferred to stay tied to the French Community or the British Commonwealth pushed gradualism and maintaining individual state’s autonomy in the face of  imperialism thus weakening  Africans defense of the continent.

This class struggle inside the OAU intensified In the 1960s as the armed phase of liberation became dominate. As liberation forces fought the NATO backed Portuguese and the U.S. and Israeli backed European Settlers in South Africa (Azania) and Rhodesia (Zimbabwe) freedom fighters  organized  regional commands like the Nationalist Organizations’ of the Portuguese Colonies (CONCP) to more effectively fight the enemy. Kwame Nkrumah called for an African High Command for the entire continent in the Handbook of Revolutionary Warfare. The revolutionaries like Amilcar Cabral, Sekou Toure, Kwame Nkrumah, Julius Nyerere and others pressured the  Liberation Committee in the OAU to give more critical support to the fight as they provided bases in Ghana, Guinea, and Tanzania for liberation forces like the African Party for Liberation of Guinea Bissau (PAIGC), Popular Front for Liberation of Angola (MPLA), African National Congress(ANC), Pan-Africanist Congress of Azania (PAC),Zimbabwe National African Union (ZANU), Zimbabwe African People’s Union (ZAPU) etc. In 1980 the only European occupied countries left were Namibia and South Africa/Azania.

In  our fight to end colonialism many of the critical revolutionaries leaders were  overthrown, jailed or assassinated by the first election in South Africa/Azania in 1994. Africa was under serious attack and pushed into neo-liberalism by IMF and World Bank. The capitalist forces globally demanded Africa sell off the few national assets that were not already controlled by the west, everything was on the table from minerals, to land to water. Africa’s social movements fought back as matter of life or death. They resented their blood being spilled on the battlefield while the land and the resources were still controlled by former colonizers and European settlers. After the British abandoned the Lanchester peace agreement in the 1990’s (the policy of buying and giving back the land stolen by Europeans in Zimbabwe); the Zimbabwe people demanded their land be returned to them and began occupying the farms of the absentee foreign landlords and challenged ZANU-PF to lead the fight to return the land to the people. ZANU-PF rose to the challenge with a massive land reform program that restored more than 4 million hectors to the indigenous people of Zimbabwe and drafted a new constitution guaranteeing that the land would remain in Zimbabwean’s hands in 2013. The African Union was negotiated in 2001 in Ethiopia. The AU replaced the OAU in its first meeting in South Africa/Azania July 26, 2002. The AU is still not a continental government for Africa. It is another compromise in the face of demands of leaders like the late Muammar Gaddafi and senior freedom fighter President Robert Mugabe and the struggle against neocolonial leadership.

We must not allow the AU to become a symbol, a mausoleum for anti-colonial freedom fighters and neo-colonial agents passing toothless resolutions. Kwame Nkrumah, perhaps the greatest Pan-African leader of his era measured the effectiveness of the OAU by their ability to aid the process toward a unified government and the OAU’s ability to act decisively against imperialist threats. The AU must be held to the same standard.

The AU today failed to take decisive action in four critical cases: 1) Setting the date for African Unity to 2063, (allowing neocolonial leaders to attempt  to forestall African liberation for another generation)  2) Allowing the NATO’s bombing of Libya (by not establishing a unified African Command), 3) Failing to demand the removal of all foreign military bases and drone staging areas from African soil. 4) Failing to develop one passport for all African citizens.

On the road toward total liberation in Africa we need positive action from the masses who are the true makers of history. The All-African People’s Revolutionary Party has for more than 10 years called for movement on the following positive actions: