You are here: Home / Feature Story / Call for Nominations for Black Star of Labor and Daughters of Africa Awards 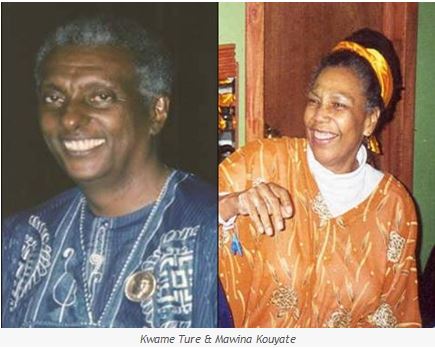 To:  Pan-African Activists and African organizations

Call for Nominations for Black Star of Labor and Daughters of Africa Awards.

The All-African People’s Revolutionary Party (A-APRP) invites you to submit the names of individuals and organizations that have done outstanding work and made significant contributions to the struggle to advance humanity by organizing to alleviate the suffering of all oppressed people. The A-APRP will be honoring those selected with the Kwame Ture Black Star of Labor Award (KTBSLA) and the Mawina Kouyate Daughters of Africa Award (MKDAA). These awards are presented during our annual African Liberation Day programs in May.

The timeline to identify the nominees for the KTBSLA and the MKDAA is as follows:

14th March, 2019  – All nominees and supporting information should be submitted to the A-APRP-intl.org site email

All nominations must be submitted with a brief description of their work and references to find more information about them. This enables the A-APRP to perform a fair evaluation and determine which nominees will be selected to receive the 2019 awards. The better your description and reference materials, it increases the chance of your nominee being selected. No nomination will be considered without the brief description. The nomination descriptive should include:

ALD 2019 Theme: “Revolutionary Pan-Africanism calls us to unite and forge a definitive struggle against neo-colonialism: Forward to one unified socialist Africa!”

The criteria for the Awards are:

A Luta Continua! (The Struggle Continues!)

Forward to One Unified Socialist Africa!

The Kwame Ture Black Star of Labor Award (KTBSLA) began as the Black Star of Labor Award. Following the transition of the immortal Kwame Ture to the Ancestors in November 1998, the award was renamed after him. Kwame Ture, formerly known as Stokely Carmichael, spent his entire life in service to African people and all of humanity. This service was manifested in his tireless work to organize African people for revolutionary change against capitalism imperialism and white supremacy and for Pan Africanism: the total liberation and unification of Africa under one unified socialist government. Throughout his life Kwame Ture was in various organizations (e.g. The All African People’s Revolutionary Party, Student Non-Violent Coordinating Committee, Black Panther Party, and etc.) because he knew that only the masses, properly organized, can defeat the enemy of the people and bring about a new day.

Comrade Mawina Kouyate was a founding member of the All African Women’s Revolutionary Union (A-AWRU), the women’s wing of the A-APRP. She dedicated over 29 years of her life to building the A-APRP and the A-AWRU. Comrade Mawina was an outstanding organizer and was highly respected by all who came to know and work with her. She made her transition into the ancestral realm in September 2002.