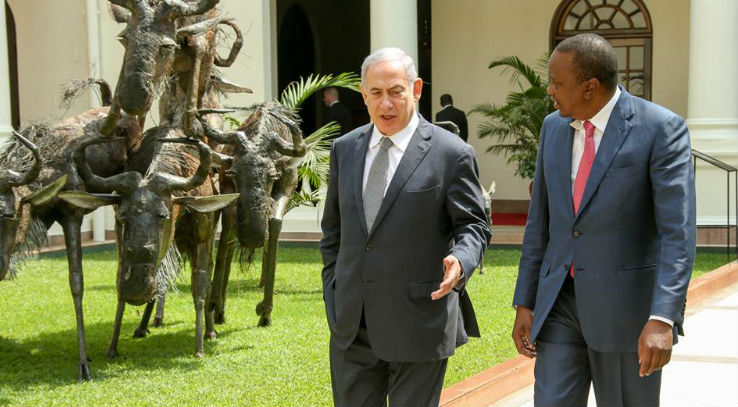 The All-African People’s Revolutionary Party (A-APRP) supports the Palestinian Authority’s call for a complete boycott of the African-Israeli summit scheduled for Togo from October 23-24, 2017. This regressive move to organize an African-Israel summit  represents the attempt to normalize Israel’s settler-occupation, legitimize its racist Zionist ideology and undermines all African Union, United Nation resolutions condemning Israeli illegal settler-occupation of Palestine. Furthermore the summit is an attempt to derail the global Boycott Divestment and Sanctions (BDS) efforts in support of Palestinian rights to self-determination in their own land.

Africa’s history with Israel’s Zionist imperialist aggression is clear. Israel’s flagrant military support for the occupations of Azania/South Africa and (Rhodesia) Zimbabwe cost the lives of thousands of African people. Palestinian and African solidarity grows out this shared history of fighting against imperialist occupation, naked aggression and racist concepts like Apartheid and Zionism.

Furthermore Zionist imperialist transgressions continue on Palestinians specifically and the peoples of the global South in general with attacks on Gaza in 2008 and 2011, the continued expansion of Israeli settlements, the trampling on religious freedoms and imprisonment and collective containment of Palestinian people-creating the largest open air prison on earth. The Zionist racist state is in violation of every UN resolution passed against it – from the illegal occupations in Palestine and the Golan Heights, to refusing to allow the return of millions of Palestinian refugees scattered throughout the world.

The Zionist occupation known as Israel continues to collaborate with the militarization of police and para-militaries in African communities in Brazil, Colombia, United States and Venezuela.

The Zionist Israel state continues to treat Africans inside the occupied state (Israel) with contempt and distain whether it be the rights of Ethiopian Jews or Eritrean and Sudanese refugees.

Israeli policemen and immigration officers raid a protest camp set up by African
asylum seekers near a border crossing with Egypt in the Negev Desert on June 29, 2014. (Photo: AFP – Oren Ziv)

We, the All African People’s Revolutionary Party, stand with the Palestinian people and call all African states,  Africans globally and all those who stand for justice to boycott this called summit and any and all attempts to undermine resistance against the occupation.