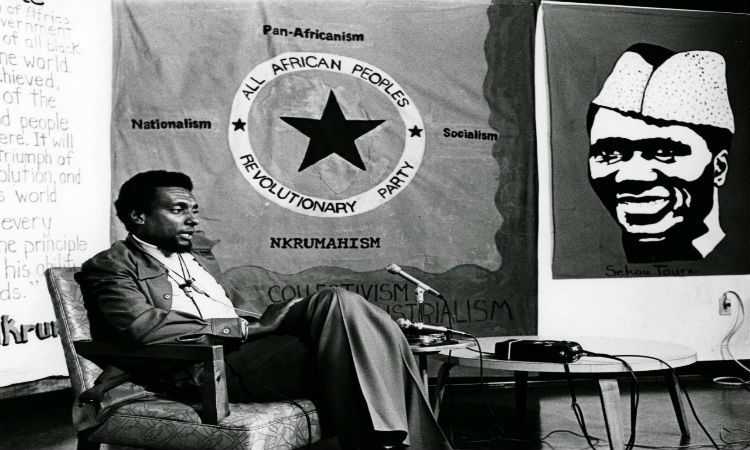 “If you accept Black Power, you must accept Pan-Africanism because it is the logical and consistent development. The highest political expression of Black Power is Pan-Africanism.” Kwame Ture

“Black Power is part of the world rebellion between the oppressed and the oppressor, the exploited against the exploited…It’s linked to the Pan-African struggle for unity on the African continent and with all those striving for socialist society.”  Kwame Nkrumah

Black Power, the slogan reemerged from a vibrant movement of youth

Kwame Ture, formally Stokely Carmichael will forever be associated with Black Power. He didn’t invent the slogan which he clearly said. The concept of Black Power preceded the 1960’s when it became the rallying cry that transformed a movement. Black Power, the slogan reemerged in 1966 from a vibrant movement of youth led by Student Non-Violent Coordinating Committee (SNCC) reinvigorating and transforming the civil rights movement into a struggle for power and against imperialism.

Spontaneous as it seemed this was a process largely influenced by the brutal repression of the capitalist system against African and other oppressed peoples locally in the United States in places like (Mississippi, Alabama, Georgia) and globally those fighting against colonialism and neo-colonialism in (Angola, Congo, Guinea Bissau, Vietnam) and settler-colonialism in (South Africa, Palestine, America, Ireland). Malcolm X certainly contributed to the look toward African nationalism in his critique of the armed struggle in Kenya and the success of the Cuban revolution. African leaders of the day including Martin Luther King could not ignore the national liberation struggles in Africa. Martin Luther King was in Accra, Ghana in 1957 as Nkrumah declared the independence of Ghana was meaningless without the independence of all of Africa. King made some of his strongest speeches against the settler occupation in Apartheid South Africa.

Kwame Ture’s life exemplified the notion of Black Power in his generation. He learned from the study and the participation in our people’s struggle for Black Power and he became one its clearest articulators. He came to understand power was impossible without revolutionary ideology and organization.   Kwame Ture like SNCC and all the organizations he was a member of didn’t just talk Black Power – they came to live it from the armed self defense in Lowndes County Alabama where the concept of the Black Panthers for Self Defense originated, to Guinea Conakry working with African liberation forces (Democratic Party of Guinea (PDG), African Party for the Liberation of Guinea -Bissau and Cape Verde (PAIGC) etc. and revolutionary leaders like (Kwame Nkrumah, Sekou Toure, Amilcar Cabral). It’s here in Guinea Conakry where he became an organizer for the All-African People’s Revolutionary Party (AAPRP). From SNCC to the Black Panthers to the All-African People’s Revolutionary Party, Kwame Ture became clearer and clearer on the question of Black Power. He came to understand that Black Power’s ultimate expression could only be achieved through Pan-Africanism the total liberation and unification of Africa under Scientific Socialism.  We only have to listen to his speech below for further clarity.