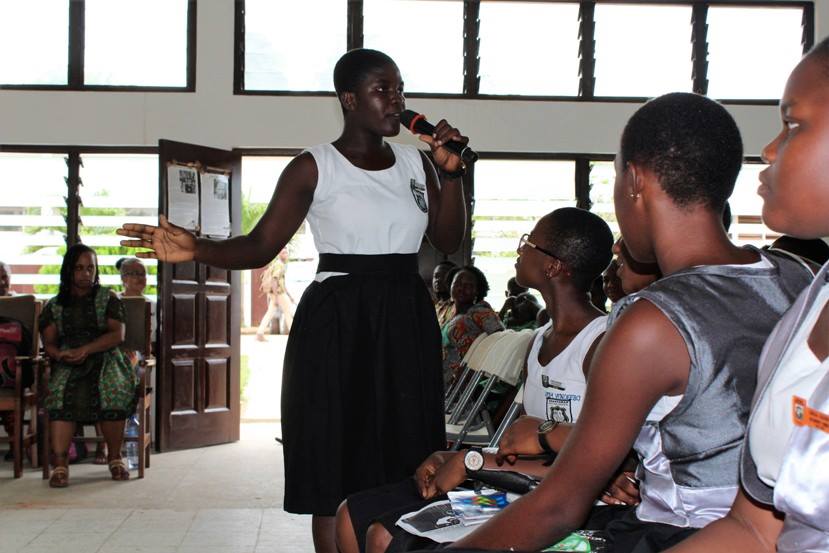 Born November 27, 1980, the masses of women in the A-APRP declared themselves the All-African Women’s Revolutionary Union as the Women’s Wing of the A-APRP.

Our primary objective would be:

Our story is the journey of perseverance of African people through the determination of the African woman. Capitalism with its thorough marginalization of women in the production process has successfully implanted bourgeois philosophy which justifies the extreme exploitation of African women. The result has been under development, a feeling of inferiority, a need to be led, and a belief that one human being by virtue of gender, should determine our destiny collectively. This 40th anniversary of the All-African Women’s Revolutionary Union is a celebration of our fortitude and our commitment, as well as recognition of our potential as Revolutionary African Women!

We proclaim that we have overcome the adversary of struggle against negative images of African women as backwards, negative and angry human beings, overcome attacks by agents and enemies of the movement, overcome the economic and political trials and tribulations that all our people faced and have developed a cadre of revolutionary Pan Africanist women. We have also influenced positively both the men of the AAPRP and our Pan African and revolutionary community to expand the notion of unity and respect for women.

The A-AWRU has emerged as one of the few politically sound African Women’s organizations within our movement of Pan Africanism, and International Socialism and Communism. We have led our world community in championing the equality of women’s leadership within organization. Having held leadership roles within our Central Committee and in every committee and taskforce since our founding, we have lead our women’s organization and our party to raise critical and often times sensitive ideological, social, cultural and political issues through the call and the implementation of the Social Revolution.

Our Union has proven that African Women represent not just the survivors of triple oppression and exploitation under colonialism and neo colonialism, but we represent the front line of liberation.

Our political line has been and continues to be the full engagement of the African women in the African revolution as the key to mass victory over class and national oppression.

It is through consistent political education and organization of our Party that we have championed the liberation of African people in every corner of the Pan African Diaspora and struggled for justice and liberation throughout the world. We have challenged backwards traditional beliefs, reactionary tendencies found in euro Christian and Islamic systems and called for the new African personality that realizes the necessity for an revolutionary African ideology of equality, humanity and dignity for both the man and the woman arming them with the core principles to win the war against this backwards capitalist system. That ideology is Nkrumahism/Tureism.

And our union has not just fought on the ideological battlefield but we have led our class struggle for Pan-Africanism and Socialism world wide.

Over the 40 years of revolutionary work and struggle, we have:

Legacy of Those Who Came Before

We are standing today because of the legacy of those who came before us such as our revolutionary Presidents Kwame Nkrumah and Sekou Toure, our now departed ancestor cadres Kwame Ture, David Brothers, our first Union Coordinator Mawina Kouyate and many others who carried forward the struggle for Pan Africanism.

We are here today because of the vehicle for liberation that they left behind consistent revolutionary education and organization through the building of the All African People’s Revolutionary Party.

It is only through revolutionary organization and commitment to the liberation and unification of Africa and all her peoples under scientific socialism that we will see the complete and total destruction of capitalism and imperialism.

Only through the full participation of African women in the struggle for the unity and liberation of Africa can we even imagine rebuilding Africa into a complete society where both women, men, youth, the elderly and all those in between know the sweetness of freedom and the fulfillment of Pan Africanism.