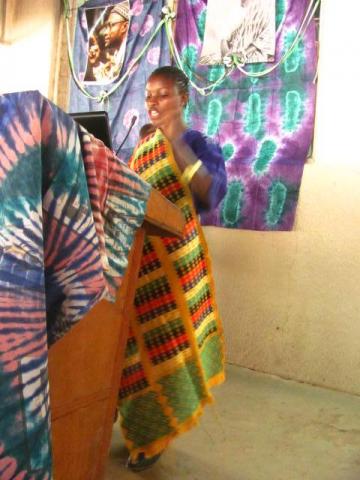 Society without women can be compared to humans without air.  Africa without African women is like a mango tree without roots.  The indispensible role that African women play in the development of society in general and community in particular cannot be matched or debated.  However, despite this role African women from Toronto to Harare to London to Kingston find themselves often invisible. Ralph Ellison in his book, “The Invisible Man” described the unearthly feeling that invisibility produces. In some cases it produces self-hatred, anger, self-pity and generally confuses the victim and diverts attention to an alternate source for the invisible to channel their energy. In essence instead of focusing on the true enemy the person focuses their attention on a façade which can be disguised as the enemy. All along the true enemy who is benefitting from the oppression of women are reaping the benefits.

African women are being called on to “Empower themselves, their families, communities and Africa”. The process of achieving empowerment for African women must be part and parcel of the African revolutionary struggle and Pan-Africanism but more importantly it must be included into the very society we are building. The contributions of African women must not only become visible to all of Africa, but the contributions of women of African descent must be respected and the gender roles which separate women and men must be torn down and re-constructed.

We can no longer allow capitalism; the true enemy: an economic system which is controlled by a select group of multi-national corporations that steals the resources of the rest of the population. The lack of resource security is what forces African women to live on two dollars in their homeland.  The lack of resources in Brazil is what forces women into sex trades in order to feed their families. This same lack of resources pits Africans against Africans causing violent struggles over meager resources and power, like the current unrest in the Democratic of the Congo. Women are raped on a daily basis in the Democratic Republic of the Congo as a result of this fight for resources by forces that are supplied western weapons to pit brother against brother and sister against sister.

In order to truly address our oppression we must first recognize that African women’s oppression is but a vessel for capitalism.  The oppression and exploitation of African women becomes a rally cry for western feminists and some African feminists but it also becomes a vehicle to divide African people. This can be likened to a house on fire and filled with smoke that has 20 people inside. The people are trying to escape the smoke and the burning house; however, if they extinguish the fire the smoke will clear.

African women: The Invisible Soldier must immediately become visible not only to her male counterparts and to society but most importantly to herself. The transformation of through our revolutionary ideology: the set of ideas that we guide our lives by can assist African women in becoming visible. We must shed ourselves of the individualistic ideology which is synonymous with capitalism and we must embrace a revolutionary African ideology.  This will assist with not only transforming our society but will help with transforming our individual lives, families and communities.

We know that culture is created by the people based on their material and immaterial conditions; in essence it is created based on their physical reality and the minds of the people. Changing the way we think about society, Africa and African people will bring us one step closer to our goal of achieving Pan-Africanism and to eradicating the exploitation of African women. We however, must be clear that until capitalism is destroyed African women will be oppressed and exploited, so we must as African people fight to unite Africa and African people once and for all to eradicate the oppression of African women.