You are here: Home / Women / African women and youth organising for Pan-Africanism in the 21st Century 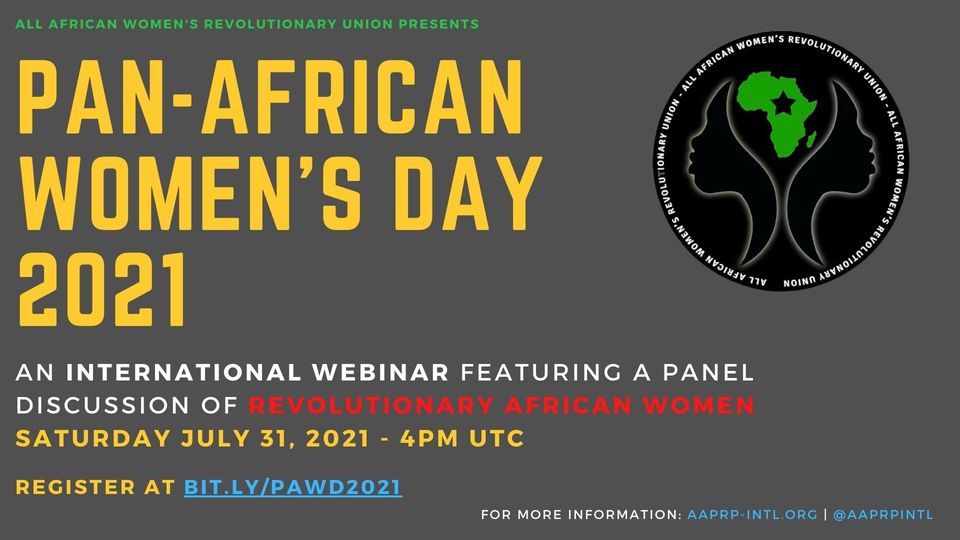 Pan-African Women's Day (PAWD) is a celebration of the militancy, brilliance and empowerment of African women and young people who are leading the global struggle for African revolution. From Los Angeles to Accra, African women and youth are fighting to break free from capitalism and its many forms and manifestations - imperialism, Zionism, racism and neocolonialism. Women and youth are closing highways, leading marches and rallies, building powerful organizations, building and maintaining political and military alliances, facilitating meetings and workshops, delivering speeches that shake the world and take up arms to resist. Africans let the world know: Women's place is in struggle!

Only through the full participation of African women in the struggle for the unity and liberation of Africa can we even imagine rebuilding Africa into a complete society where both women, men, youth, the elderly and all those in between know the sweetness of freedom and the fulfillment of Pan Africanism.
Join the All-African Women's Revolutionary Union (A-AWRU) on July 31st @ 4:00pm GMT for an international Pan-African Women’s Day webinar featuring a panel of young revolutionary African women talking about the role of sisters and youth in the struggle to win Pan-Africanism in the 21st century.
This year's theme is

French and Portuguese interpretation will be provided via Zoom.