You are here: Home / Feature Story / African Human and Peoples’ Rights, NGOs and the Incomplete Mission 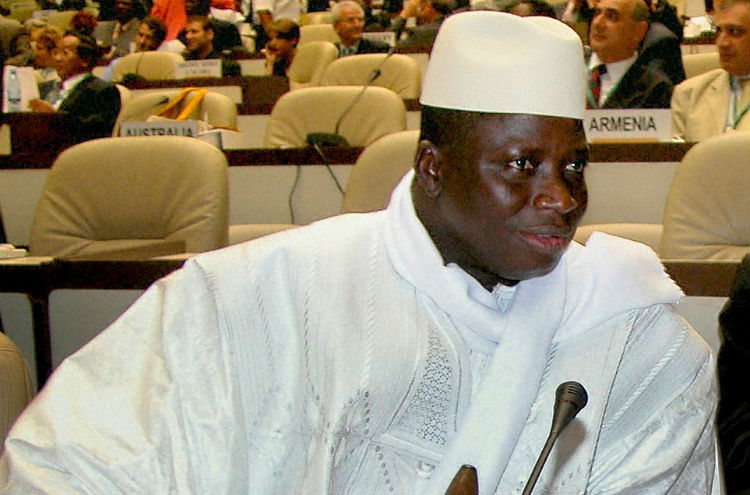 The Gambia recently saw the removal of Yahya Jammeh after twenty-two years of rule. This was spearheaded by a coalition of political parties (including the People’s Democratic Organization for Independence and Socialism-PDOIS) as well as civil society represented by non-governmental organizations focused on human and Peoples’ rights. These non-governmental organizations (NGOs) blossomed all over Africa following the end of the Cold War period. Although criticized by many in massed-based radical organizations, scientifically we must examine these institutions to see what value they have to the objective of Pan-Africanism as they represent one of the few areas of sustained organization in a largely unorganized African world.

Manji and O’Coill discuss the history of NGOs in Africa in an article “The Missionary Position: NGOs and Development in Africa”.  The authors place the explosive growth of NGOs in Africa during the early 1990s as part of what they refer to as the “development machine” or “a vast institutional and disciplinary nexus of official agencies, practitioners, consultants, scholars and other miscellaneous experts producing and consuming knowledge about the ‘developing world’”.[1] Manji and O’Coill also see the modern growth of NGOs in Africa as a continuation of “the missionaries and voluntary organizations that cooperated in Europe’s colonization and control of Africa”.[2] Instead of the colonial domination of the 19th and early 20th century, the authors argue that it is neoliberalism and western ideas of development that are being expanded by NGOs. They write:

They have taken the ‘missionary position’-service delivery, running projects that are motivated by charity, pity and doing things for people (implicitly who can’t do it for themselves), albeit with the verbiage of participatory approaches… It may not have been as direct or as underhand as some of the activities willingly taken up by colonial missionary societies and voluntary organizations. But that is not to say it is any less significant. Indeed, one could argue that it has actually been far more effective.[3]

Manji and O’Coill end by advising NGOs in Africa to move out of the “missionary position” and embrace truly emancipatory activities and movements that will ultimately require a weaning off of western donor funding.

The Concept of Human Rights in Africa by Issa G. Shivji

Focusing primarily on human rights NGOs, Isaa Shivji in The Concept of Human Rights in Africa refers to them as “the most active organizations”[1] in the human rights activism of the post-Cold War era. As an African-Marxist, Shivji critiques the human rights discourse and activism emitting from academics and NGOs alike for their overall silence on the role of imperialism and neocolonialism in Africa’s human rights struggles. Shivji begins his analysis on NGOs by dividing those operating in Africa into three major groups: International Non-governmental Organizations (INGOs), foreign-based NGOS (FONGOs), and local NGOS (LONGOs).[2] INGOs include organizations such as the International Commission of Jurists, the International Committee of the Red Cross, and Amnesty International. FONGOs are those organizations that work on human rights issues in African countries but are based in other countries such as Human Rights Watch.  It is Shivji’s discussion of LONGOs, which he also refers to as FFUNGOs (foreign funded NGOs), where he is most critical as he laments that their reliance on foreign funding has left them toothless in the face of neocolonial aggression. He states, “African NGOs that are set up, it would seem, are institutional mechanisms by which to obtain foreign funds… rather than grass-root organizations of the intellectuals and the people to struggle for rights”.[3] Shivji further states:

At best these FFUNGOs of ‘intellectuals’ see themselves as a kind of think-tanks to research and churn out policy recommendations for states, the very violators of human rights. Their approach to human rights work is thus dictated by these primary objectives. They specialize in organizing pan-African conferences where intellectuals meet; present and listen to the usual legalistic papers on rights; fight over positions and end up holding parties where the funding agencies are graciously thanked and invited to donate more.[4]

Like Manji and O’Coill, Shivji does hold out some hope for LONGOs, so long as they shift in their functioning in three ways. First, Shivji implores LONGOs to “clearly distance themselves from imperialist funded organizations”.[5] Secondly, LONGOs must “distance themselves from authoritarian state structures”. For Shivji most African states are neocolonial states that have tended “to usurp and obliterate the autonomy of civil society” and are run by elites who “derive their support from imperialism”.[6] Those LONGOs that align themselves with such states, “compromise themselves strategically and are thus disabled from serving

the interests of the people”.[1] Along the same lines, Shivji also cautions LONGOs to “move away from elitist orientations if they are to do genuine grass-root work”. This third guideline is necessary in that “only the people themselves can protect and fight for their rights” with intellectuals and “experts” joining but not usurping the people’s struggle. It is Shivji’s ultimate assertion that, “human rights activity cannot be separated from the general struggle of the people against oppression”.[2]

It must be understood ultimately by African human rights NGOs that the protection of human and Peoples’ rights in Africa can only be achieved within the political framework of a continental government. There is no other way around this. When one considers a state like the Gambia, whose small, mono-crop economy cannot possibly provide assurance for the economic and social rights this assertion rings even more true. The country is a classic example of the type of Balkanization as discussed by Nkrumah and elaborated on and re-termed “South-Americanization” by Diop. Diop writes:

Black Africa would be not Balkanized (for the political regimes of the Balkan countries are now relatively stable) but South Americanized. It would be made up of a proliferation of little dictator-ridden countries without organic ties one to another, ephemeral, afflicted with chronic weakness, governed by terror with the help of outsized police forces, but under economic domination by foreign countries, pulling strings through mere presence of an embassy.[3]

If this does not accurately describe the current situation in The Gambia this researcher does not know what does. Human and Peoples’ rights organizations within the Gambia must be cognizant of the fact that there will forever by violations of human and Peoples’ rights in the state unless it ceases to be an independent state and incorporates herself into a larger federal political structure optimally on a continental scale but at the very least on a regional one. Until the indivisible nature of human rights and Pan-Africanism is realized, AHPROs will be fighting an incomplete battle.