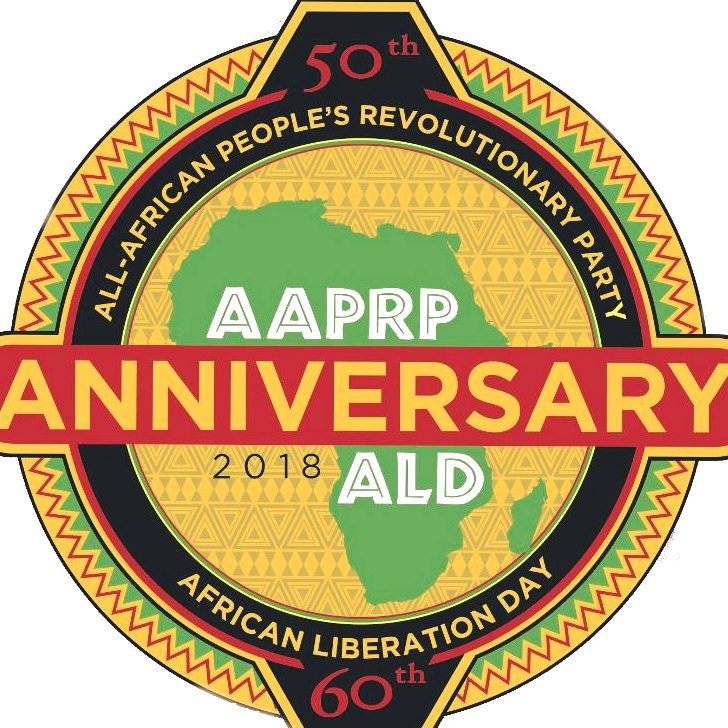 Divided by Colonial Borders, United by History and Culture-Africa Must Unite!

50 Years on, Kwame Nkrumah’s Handbook of Revolutionary Warfare is the best road map

The All-African People’s Revolutionary Party extends to you its most profound and sincere gratitude for your participation in African Liberation Day. It is a unique and important event because on or about May 25th every year, the people of Africa and descendants of those who were forcefully dispersed throughout the world pause and stand firm in their commitment to the liberation and unification of a continent that, over the course of centuries, has been torn apart by the slave trade, colonization of African territories by European capitalist states and political and economic manipulation and exploitation by foreign multi-national corporations.

The extraordinary natural wealth of Africa has never been a secret. Africa contains vast deposits of oil, gold, diamonds, uranium, manganese, bauxite and countless other minerals.  Notably, Africa is a major source of coltan which is critical to the manufacture of hand-held electronic devices that have transformed daily life for almost everyone in the world. These resources have long been coveted by Africa’s enemies. In fact, during the 1800s, European countries fought each other for access and domination of African territories. This “Scramble for Africa” ended only after Europe decided to collaborate in the exploitation of the African continent. In 1884 and 1885, representatives of European countries met in Berlin, Germany and much as one would cut a birthday cake, they divided Africa into pieces that the various European countries proceeded to colonize, control and exploit. In many cases, the resulting geographic lines of division became borders for artificial new African states. Organically united African nations, ethnic groups, clans and villages were ripped apart as a consequence, and Africa has never fully reintegrated itself.

Though splintered into many communities on the African continent, and also globally because of the slave trade, one tie that binds Africa globally is a shared history of oppression and exploitation caused by the capitalist system. Yet another unbroken bond is the collective lived history of Africans everywhere, which, in its manifestations are generally regarded as African culture. It is a culture that has not only stubbornly survived efforts to eradicate it, but which has also impacted the cultures of other communities everywhere. Kwame Nkrumah, Ghana’s first President, was very much aware of the impact of African culture and the central role it must play in Africa’s liberation struggles. The ideology he developed acknowledged the impact of traditional Africa, Arab and Islamic influences and European and Christian ideas on Africa’s culture. Upon this foundation, he conceptualized a strategy for Africans to liberate Africa from the grip of foreign exploiters and oppressors and to unify the African continent into a single super state with a socialist economy. It is this liberated, unified and socialist continent that would at long last possess the resources, power and respect to fundamentally transform the lives of African people throughout the world.

Nkrumah was not content to merely speak of the Pan-African objective in abstract, academic terms. He was driven to provide for freedom fighters a practical blueprint for bringing a liberated, unified Africa into existence. Nkrumah’s Handbook for Revolutionary Warfare was written 50 years ago, and it was so potent that Africa’s enemies made it a priority to steal the manuscript. But their games of intrigue did not stop the publication and distribution of this document which has provided guidance and inspiration to generations of revolutionaries.

On this 50th anniversary of “the Handbook,” the All-African People’s Revolutionary Party takes another look at Nkrumah’s ideas and urges revolutionaries everywhere to recognize the continuing viability and vitality of his strategies for reclaiming Africa for the continent’s people. As you participate in African Liberation Day commemorations, take special note of the importance that Nkrumah placed on organized struggle. African Liberation Day is important, but more important still are organizations that fight for African liberation every day of the year. If you want to implement Nkrumah’s ideas, you will not be able to even begin that process without being a member of an organization committed to his objectives. Because Nkrumah explicitly called for the formation of the All-African People’s Revolutionary Party in the Handbook, you can be certain that the organization is committed to the strategies the book discusses. So don’t let this African Liberation Day pass without becoming a part of the organization that Nkrumah himself considered essential to African liberation.