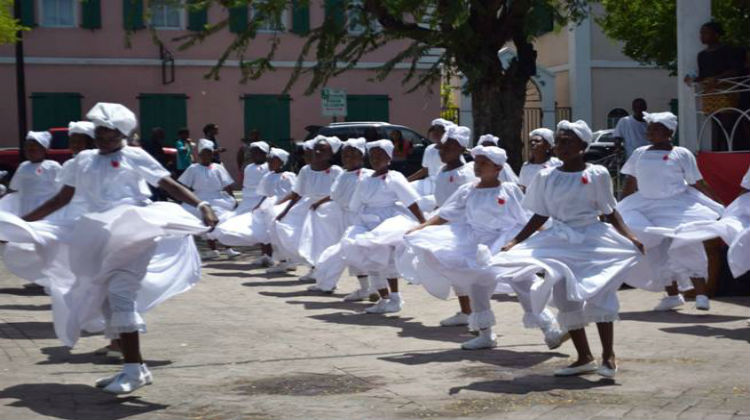 When some people speak of culture the discussion often focuses only on cultural expressions or customs.  Examples of cultural expressions may include: style of dress, food, music and language amongst other things.  But when we talk about culture in the full sense, we must talk first and foremost about cultural values. We cannot truly understand culture nor use it as a positive force for transformation of our real life conditions without understanding the cultural values, both positive and negative, that influence human behavior and activity.  Cultural values define how children interact with adults, how adults interact with children, how people socialize, how people use their free time, how people make a living, what is given priority in the lives of individuals and the community, etc.

Culture itself is simply a product of the ongoing activities of human beings/communities and their interaction with nature/environment as well as with each other.  Cultural FORMS and EXPRESSIONS are ever changing and evolving and never once and for all.  At the same time, Cultural VALUES and PRINCIPLES can stand the test of time especially when consciously understood by the people.  This is an important concept to understand, especially for an oppressed people.  Sometimes Cultural Forms born out of the African peoples’ legitimate struggle for self-determination and resistance against oppressive social-economic conditions have been captured and redirected by the people’s very ENEMY and used AGAINST the people; all while promoted as being “of the people”.  For example, Revolutionary African music like the Conscious Hip-Hop and Roots Reggae born in the 1960s and 70s have today been perverted into Trap Music, Gangsta Rap or Gutter Dance Hall in order to twist the thinking of the African youth along the lines of self-hate, degradation of women and other self-destructive behaviors.

Kwame Nkrumah in his book Consciencism talked about the “cluster of humanist principles which underlie the traditional African society.”  While there is scientifically both positive and negative within everything in nature and people, the revolutionary culture of which we speak seeks to focus on promoting and magnifying the most positive elements of the culture.  In reference to the African masses, there must be political organization that the people actively belong to, in order to make those positive elements become dominant within the society over time.  Some of the positive principles within traditional African culture include Collectivism, Egalitarianism and Humanism.  While some of these cultural elements may be more dominant in certain African societies now than in others, we can still find them to one degree or another within ALL African societies worldwide.  With concerted and sustained efforts, these values can become once again elevated to a position of dominance in the African world. (or, amongst African People).

Currently African society and African people are being oppressed by a socio-economic system commonly referred to as capitalism.  What this system is doing, besides exploiting the majority of people throughout the world for the benefit of a small few, is preventing African people from fully practicing our culture.  Even if collectivism, egalitarianism and humanism are practiced inside the home or the village, when our children go to school, they are pitted against each other as competitors.  When we go to the workplace, our people toil while those who do little or nothing are the main beneficiaries of the wealth produced.  Workers are trained to sabotage their co-workers, fostering disunity and mistrust within their ranks; all for the maintenance of  the capitalist system that is against the collective well-being of ALL the workers.

Land tenure within traditional African cultural systems treated land and property as collectively owned elements, to be accessible and utilized by the entire community.  This system sought to ensure an equitable distribution of wealth and economic security for all citizens.  The systems of feudalism (which developed in certain parts of Africa) and later Capitalism, which was imposed on Africa by invading armies and governments from Europe, completely overturned our traditional land tenure systems. This impacted ALL aspects of our society’s development.

People without land cannot produce for themselves or determine how the land is to be used or for whose benefit.  The people consequently do not have control over the distribution system to ensure what is produced is equitably distributed amongst the collective.  The ultimate purpose and challenge of the African Cultural Revolution is to create a new society where our Revolutionary African Cultural values reign supreme; not only in the household or on the village level, but in the local and national governments, the workplace, religious centres and educational institutions; in short every component part of our society.

The African Cultural Revolution must seek to transform the way labor is organized.  It must transform the way land and resources are allocated and utilized.  It must transform how people interact, socialize and resolve conflicts amongst themselves.  This can only be done through organized class struggle. Class struggle is required because within society regardless of the most beautiful desires of the majority of the people for peace and justice, there exists a class of selfish minority interests, both indigenous to our society and foreign to it, that are organized and bent on maintaining systems of privilege and exploitation currently bleeding the entire world dry.

HIDING FROM THE STRUGGLE IS A NON-OPTION

Some segments of our community which advocate a return to practicing elements of traditional African culture (whether communal style cooperatives, organic farming communities, home schooling environments as examples) may think this can be done in simple isolation, away from both the African masses and the internal and external exploiters of the people.  But this is an unlikely possibility based on the laws of capitalist development.  Capitalism knows no bounds and accepts nothing but total control and monopoly over the world’s resources, markets and labor.  This is reflected in the intensified gentrification initiatives and global land grabs going on throughout every corner of the world.  This is reflected in capitalist governments proposing and enacting laws which restrict the use of rain water for personal, domestic use and home gardens, while protecting the rights of capitalist, corporate farms to use rain water without restriction.  The only way to return to full and complete victory of Revolutionary African Cultural values is for our people to become active and organized agents against the system of capitalism and world-wide imperialism; which by its nature seeks to impose a foreign and anti-human culture on the very people that it seeks to subjugate and exploit.  There can be no peaceful co-existence side-by-side between capitalism and, its positive alternative, socialism.  Socialism is the social-economic system that must and will come into existence as a result of the victory of the African Cultural Revolution.

Cultural Expression Must be in Alignment and Advance the Cultural Revolution, not be separate from it!

For our part, the All-African People’s Revolutionary Party (A-APRP), is attempting to play its humble role in this giant effort. Our party is working to build political structures which span the entire African world (both in Africa and in the African Diaspora) called Work-Study Circles.  They are small groups of 3-13 people, which study a common curriculum of African History, Culture, Philosophy and Current Events.  We seek to organize these circles into revolutionary production units designed to help lay the foundation of a new, revolutionary and democratic African society.  We seek to study and practice so that we can both understand and solve the problems of the present and into the future. We seek to utilize the gifts of the value systems passed down to us by our ancestors, coupled with the organizational techniques, science and technology of today.  As we work to build this revolutionary society we are seeking additional builders to help us side-by-side, such as YOU.  We invite you to join or become a supporter of the A-APRP today!