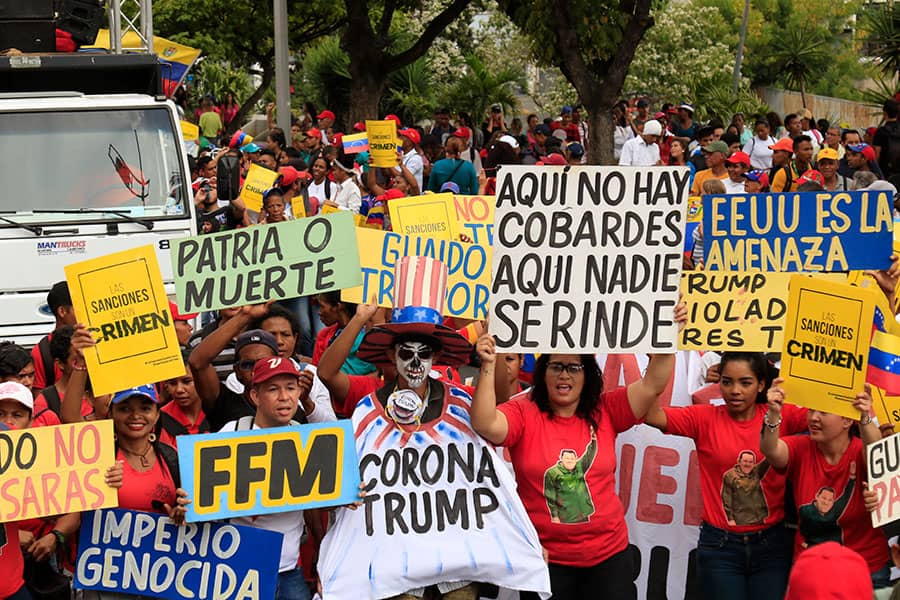 The All-African People’s Revolutionary Party (A-APRP) is clearly concerned with the outrageous and dangerous escalation against Venezuelan President Nicolas Maduro and his fellow elected and appointed officials with charges of Narco-Terrorism. The history of blatant and naked aggression by the U.S. government against the legitimate United Socialist Party of Venezuela (PSUV) government, makes any actions taken against it look fraudulent. The recent U.S. action of putting a 15 million USD bounty on a sitting head of state is unprecedented and against international law. It’s especially absurd given U.S. involvement in drug trafficking, facilitated by its Central Intelligence Agency (CIA) and past high-level officials , including Elliot Abrams and Oliver North who were both convicted in 1989 for their roles related to cocaine trafficking in the Iran-Contra scandal. In fact, there have been credible reports that the CIA has facilitated and protected drug operations since the Korean War in Asia and have protected selected drug dealers in Mexico, Nicaragua and Panama from the 1980’s into this decade. Major U.S. financial institutions such as J.P. Morgan have had ships registered to it caught carrying over 1 billion USD worth of cocaine coming from a number of countries, including Colombia. Also for decades, U.S. airlines have also been accused of participating in drug trafficking.

The U.S. has also added Venezuela, an oil and resource rich nation to its list of terrorist states. These two new allocations are elevating the level of war against the Venezuelan people. The sanctions (acts of war), have already caused thousands of deaths in the country. Now the U.S. is criminalizing the government and the indigenous, African and working people of Venezuela. The US has used allegations such as this to invade Grenada, Panama, Iraq and Libya, first criminalizing the leadership and putting these countries on a threat or terrorist list. Sanctions, followed by invasion is a formula that the U.S. has used around the world in its quest for control of oil and resources.

No More Blood for Oil

As U.S. oil fracking operations and stocks plummet, what will be the US’s next oil war? The A-APRP pledges our support to the PSUV government and President Nicolas Maduro and calls on all of Venezuela’s allies, solidarity organizations, friends and peace-loving people to be on high alert. We must be on the offensive against these elevated attacks. The criminalization of Venezuela is the criminalization of us.

In the Middle of a Global Pandemic

The A-APRP salutes the high level of humanity shown by Venezuela in the global fight against the Coronavirus C-19. They have shown us that even at a time of crisis they are fully committed to the welfare of the people. At this time of historic cooperation between countries around the world against the Covid-19 pandemic, the escalation of U.S. war against Venezuela is inhumane, illogical and irresponsible and we condemn the U.S’. criminal actions.