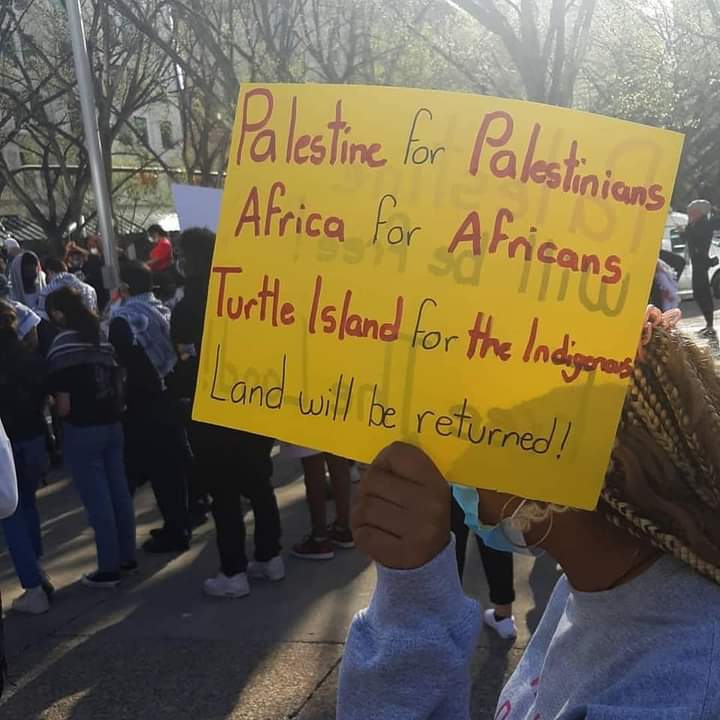 The All-African People’s Revolutionary Party (A-APRP) stands in uncompromising solidarity with the Palestinian people. In the strongest terms, our Party condemns the ongoing atrocities committed against Palestinians by zionist Israel.  Israel is engaging in a bombing raid against the Palestinian residents of Gaza, targeting civilians, press and media installations, refugee facilities, medical facilities, as well as indiscriminately targeting civilian populations including children. Israel has recently escalated its ongoing forced removal of Palestinians from their homes, presently focusing on the neighborhood of Sheikh Jarrah outside of the Old City of Jerusalem. Israel is engaging in illegal, unjustifiable raids of holy mosques, in which they attack unarmed people as they pray and worship. These raids are a deliberate attempt to terrorize Palestinian people  and incite a response which Israel then uses to justify its continued slaughter. All this during the time that people are confronting the ravages of COVID-19, while Israel cruelly restricts Palestinians’ access to the vaccine.

Although these incidences have escalated in recent days, this reality has existed since 1948, with the expulsion and displacement of Palestinians from their homeland, the settler colonial establishment of Israel, and continual ethnic cleansing of Palestinians. During this event, an estimated 15,000 Palestinians were killed, 418 towns and villages were ethnically cleansed and eradicated, and 750,000 Palestinians were displaced. May 15th is annually commemorated as the Al-Nakba, (in Arabic: “the catastrophe”); a day in which Palestinians engage in events to reaffirm their unequivocal Right of Return to their homeland.

The All-African People’s Revolutionary Party agrees wholly with columnist Chris Hedges who argues that “nearly all the words and phrases used by the Democrats, Republicans, and the talking heads in the media, to describe the unrest inside Israel and the heaviest Israeli assault against the Palestinians since the 2014 attacks on Gaza, which lasted 51 days and killed more than 2,200 Palestinians, including 551 children, are a lie.“

Israel, by employing its military machine against an occupied population that does not have mechanized units, an air force, navy, drones, missiles, heavy artillery and command-and-control, not to mention a US commitment in 2018 to provide a $38 billion defense aid package for Israel over the next decade, is not exercising “the right to defend itself.” It is carrying out mass murder. It is a war crime.

Israel has made it clear they are ready to destroy and kill as wantonly now as they were in 2014. Israel’s defense minister, Benny Gantz, who was the chief of staff during the murderous assault on Gaza in 2014, has vowed that if Hamas, in his words, “does not stop the violence, the strike of 2021 will be harder and more painful than that of 2014.”

We know, and want the world to know that the Palestinian People have “had it”. They no longer want to hear promises about “peace talks” and under NO circumstances do they want to hear anything from the lips of any US politician about “de-escalation” from the murderous zionist regime in Tel Aviv.

And finally, let us make ONE THING PERFECTLY CLEAR: zionism, that alien ideology that was introduced into the so-called “Middle-East” was codified in Basel, Switzerland in the late 1800’s by Theodore Herzl and his “boys”. Herzl himself, was a self-declared atheist (so much for Judaism having any relationship to zionism). No zionist can be a true follower of Judaism, and no Jew can be a zionist. Therefore, any suggestion that to reject fully the legitimacy of the settler colony known as Israel, and the dastardly history of its occupation of Palestine, is an attack against Jews or Judaism (anti-Semitic), has absolutely no validity!

The Difference Between Judaism and Zionism