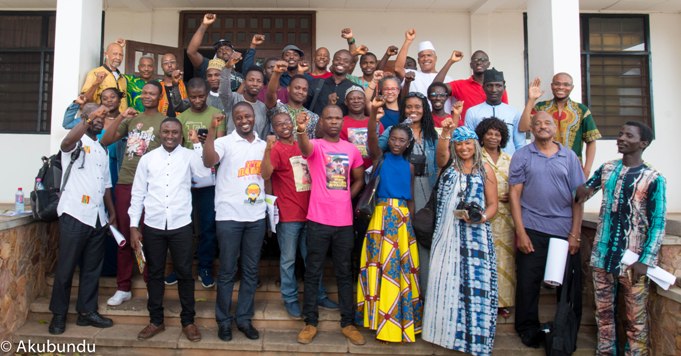 On 17 and 18 of September, the A-APRP started its week long series of activities continuing the 50th Anniversary of the publication of Kwame Nkrumah’s Handbook of Revolutionary Warfare and the founding of the All-African People’s Revolutionary Party (A-APRP), with a seminar on the topic in Accra, Ghana. Revolutionary organizers from the Amilcar Cabral Ideological School Movement (ACIS-M), the African Party for Independence of Guinea and Cape Verde (PAIGC), the Democratic Union of Women (UDEMU), Amilcar Cabral African Youth (JAAC), Pan-Africanist Congress of Azania (PAC-A) and the host A-APRP amongst others were participants. Simultaneously, JAAC held a concurrent seminar in Guinea-Bissau. Videos and Photos below